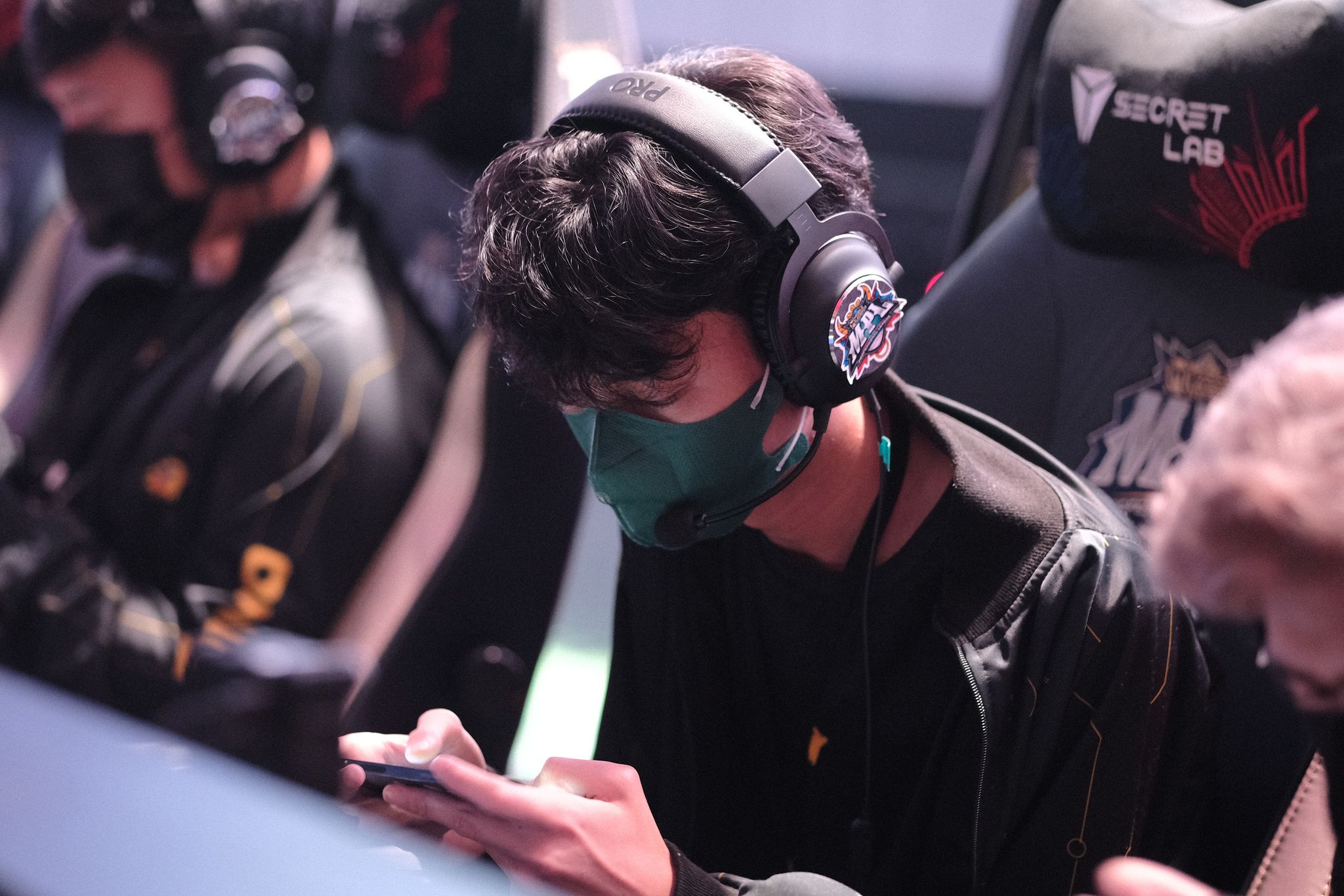 ONIC PH continued its surge, picking up its fourth consecutive win after tripping Omega Esports, 2-1, in the MPL Philippines Season 10 at the ICITE Auditorium.

With the 18-year-old midlaner leading the way, ONIC PH built a 7K gold advantage and a 6-2 lead in kills in the first 12 minutes.

From there, ONIC PH held its lead before going for the jugular in the 16th minute. Fighting for positioning near the Lord pit, SUPER FRINCE landed three consecutive Abyssal Arrows on Joshua “Ch4knu” Mangilog to prevent a potential game-turning play.

The team then scored a crucial pickoff on Renz “Renzio” Cadua’s Esmeralda which allowed them to secure the objective and finish the match. SUPER FRINCE finished with a game-high eight assists along with a kill.

Holding a five-to-four advantage midway into the 24th minute of Game One, ONIC PH went for the Lord while Omega Esports — despite missing Patrick “E2MAX” Caidic’s Julian — tried to contest.

Ch4knu (Lolita) and Duane “Kelra” Pillas (Wanwan) disrupted the opposing team while Dean “Raizen” Sumaguin (Paquito) ambushed ONIC PH from the back and scored a triple kill to bag the win.

Kelra finished with three kills and six assists without a death while Raizen had nine kills and two deaths in the tight 13-11 Game One win in 25 minutes and 15 seconds.

With Game Two still up for grabs, ONIC PH took out Renzio (Fredrinn) to gain manpower advantage in the Lord fight at the 18th minute. What sealed the deal for ONIC PH, though, was Stephen ‘Sensui” Castillo’s (Karina) pickoff on Raizen (Ling) just a minute later.

Sensui delivered a game-high 12 kills to go along with an assist and three deaths while Kenneth “Nets” Barro’s Wanwan chipped in six kills and nine assists against just one death in the 19-7 Game Two victory which lasted for 19 minutes and 48 seconds.

The SMART-backed squad slipped to the second spot with a 4-2 slate.

ONIC PH will face TNC next on Friday at 8:00 PM while Omega Esports takes on Bren Esports earlier that day at 6:00 PM.