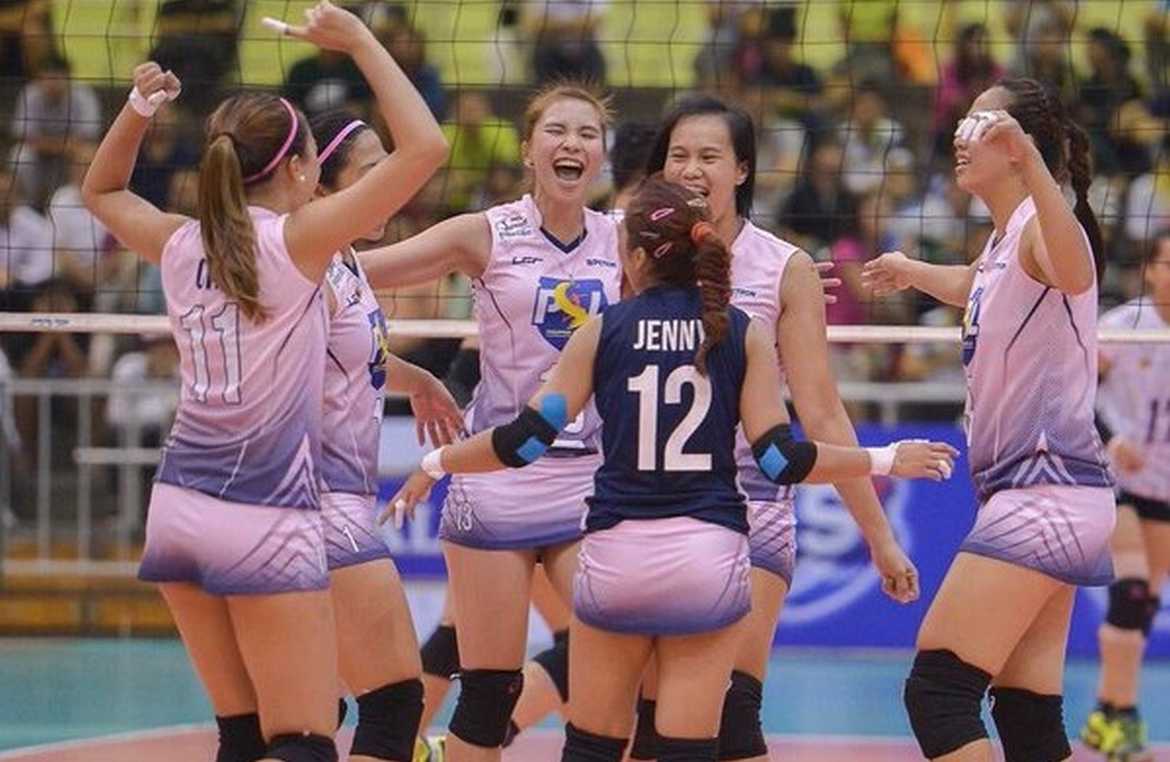 Despite a better overall effort compared to yesterday, the Petron-PSL All-Stars could not remedy their problems in reception, falling to Thai club Idea Khonkaen 22-25, 20-25, 19-25 in the Thai-Denmark Super League held at the MCC Hall in Bangkok, Thailand.

The Pinays were thrifty with their errors for much of the match, but Khonkaen’s loaded serves gave them trouble. The Nationals were, however, able to take early leads in each of the first two sets. After three straight hits from Cha Cruz, PSL reached their largest lead of the first set, 11-8, before the Thais wrestled momentum away through their middle attacks. The Nationals held a steady two-point lead in the second set until their reception collapsed, and they surrendered a set-clinching 6-0 run.

Open hitters Porntip Santrong and Thatdao Nuejkang led Khonkaen with 14 and 13 markers respectively. The pair went for a blazing 24-for-57 combined attacking clip.

As a result of their poor reception, the Nationals were unable to vary their attacks and converted just 22 of their 110 attempts. The Pinays also could not take advantage of their opponents’ 30 unforced errors.

Cha Cruz led the All-Stars with seven markers, while middle hitters Aby Maraño and Maika Ortiz had five markers each.

Petron-PSL will have their final match tomorrow, 5:00 p.m. local time, against Nakhonnot.