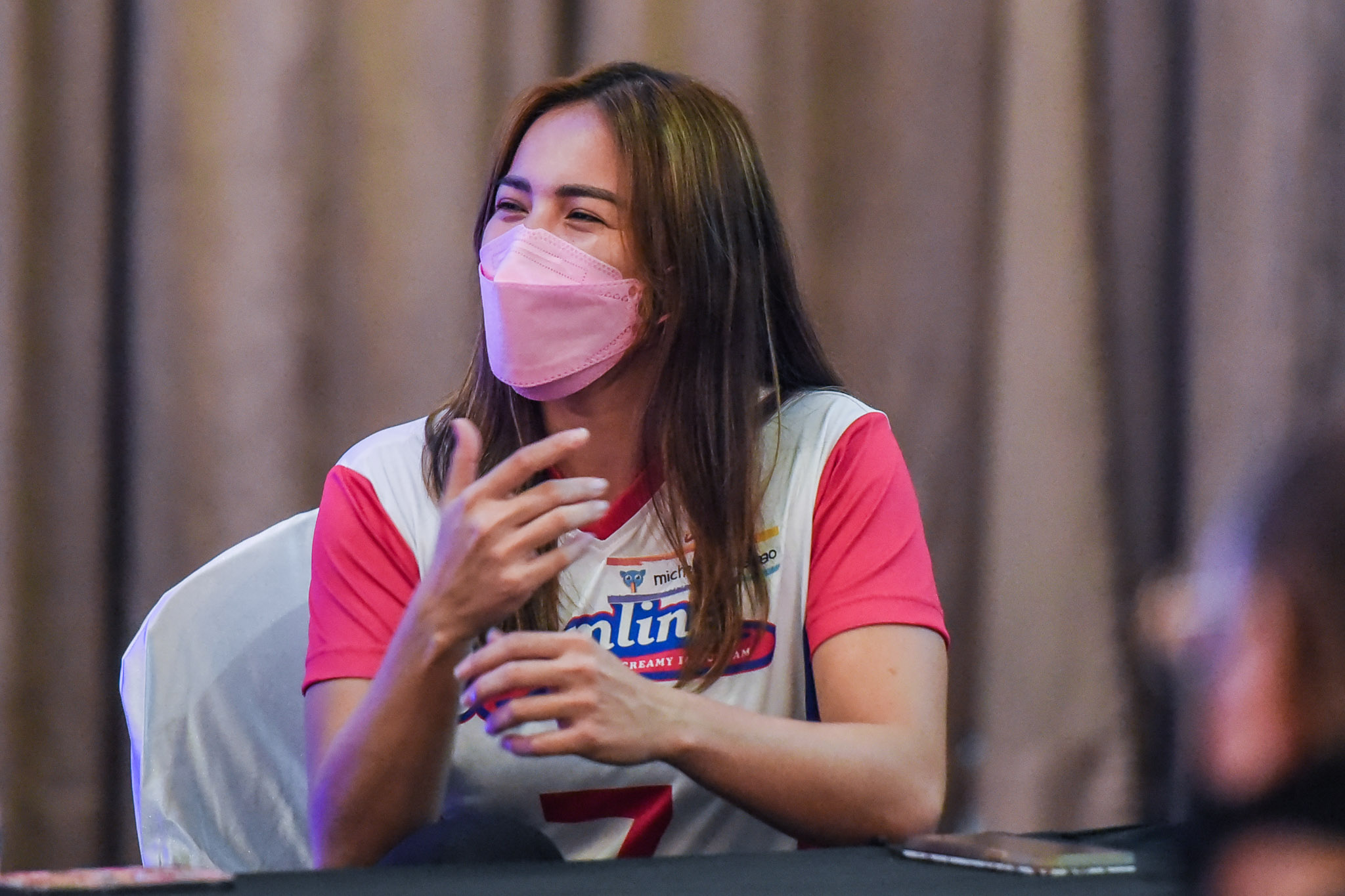 After taking a leave of absence to pursue politics, Michele Gumabao is set to make her return to Creamline in the upcoming 2022 Premier Volleyball League Invitational Conference.

And the three-time V-League Best Opposite Spiker admitted that she feels like a rookie once more.

“As a rookie, I’m just happy to be back.

“I miss playing volleyball and I’m happy to be back with my teammates,” said 29-year-old Gumabao during the Kumu x PVL press conference on Thursday at the F1 Hotel in Taguig. 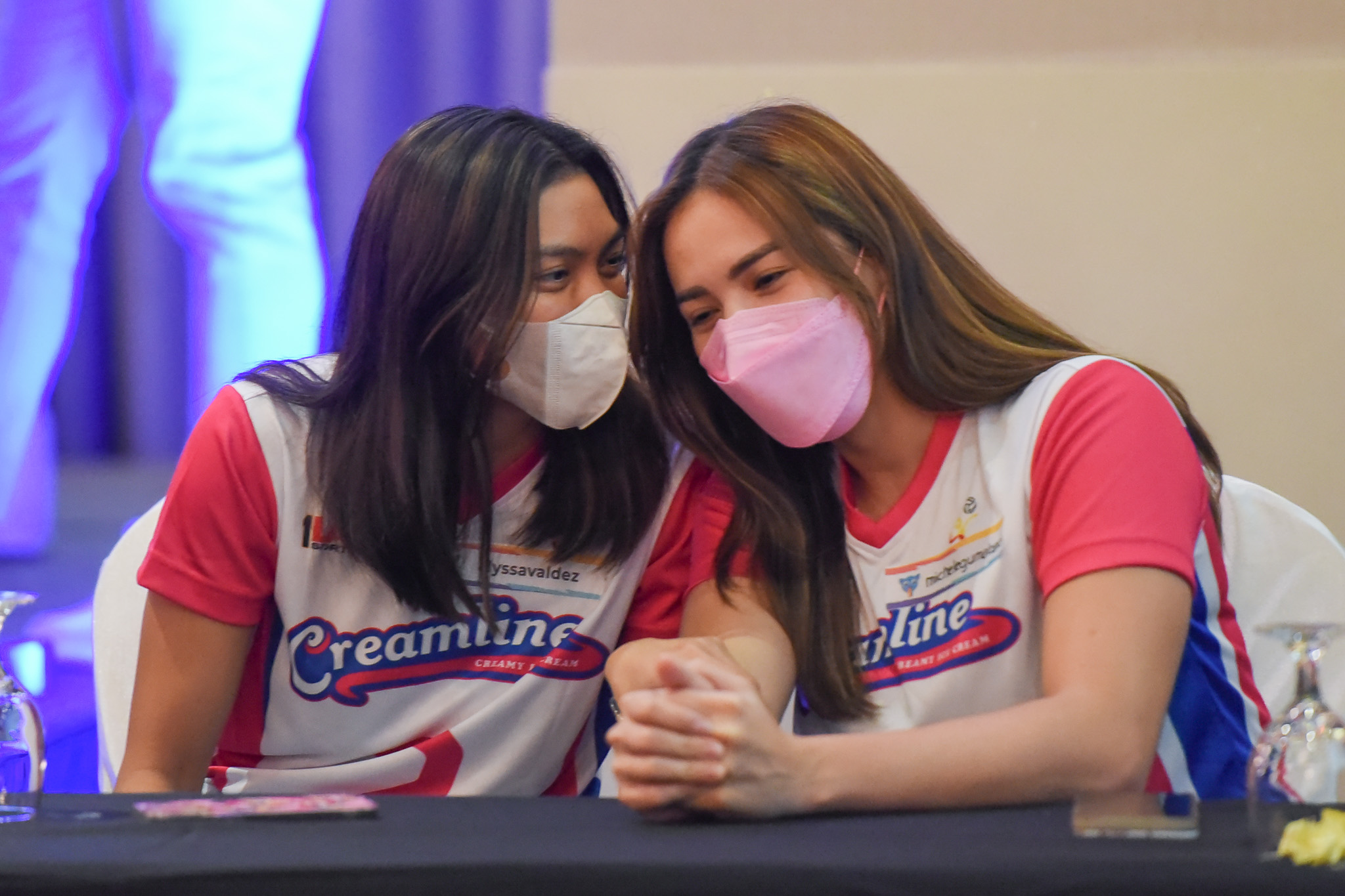 Gumabao skipped the Open Conference earlier this year as she went on a campaign trail.

She joined Mocha Uson in the Mothers for Change party list as its second nominee. The party list, however, failed to land a seat in the House of Representatives.

It was Carlos who stepped up in Gumabao’s absence as she took the ball and ran with it.

Gumabao is motivated to make an immediate impact once the Cool Smashers open their title bid in the Invitationals this Tuesday.

“I will really work hard, I really hope na this season for our team na walang ma-injure, not just for us but for all the teams and makapaglaro lahat,” said the former La Salle standout.