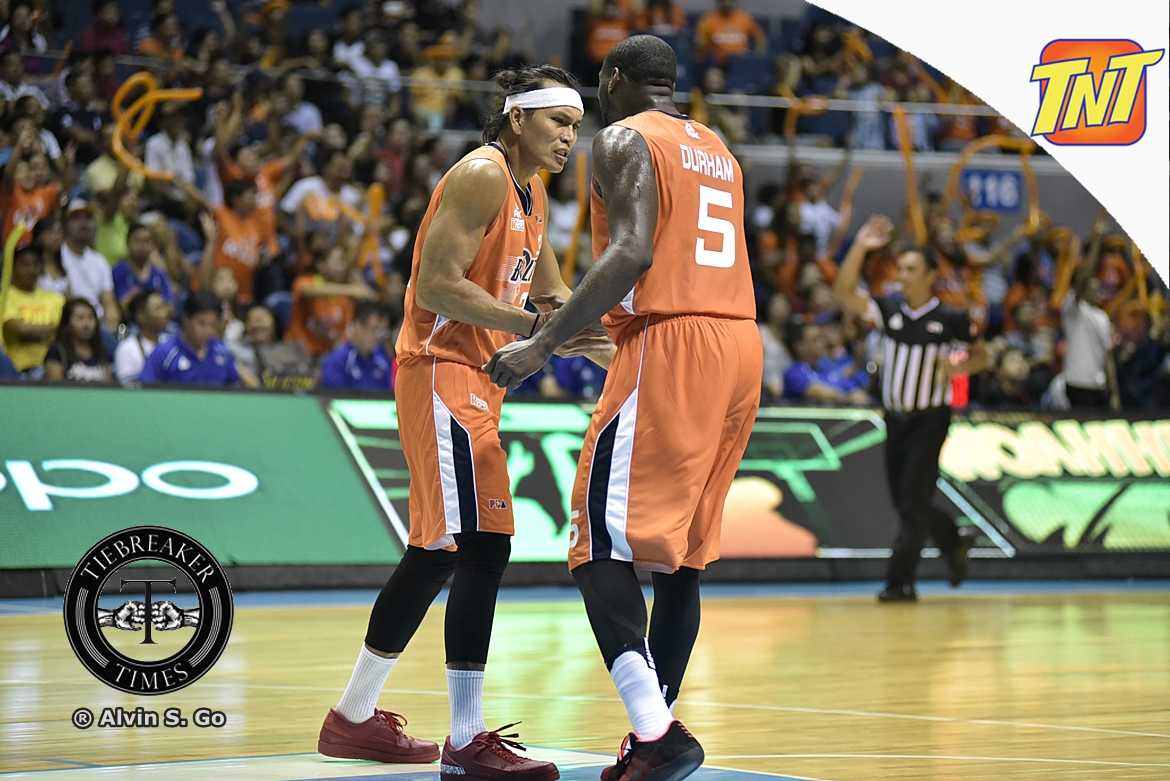 Powered by a franchise-high 17 makes from beyond-the-arc, the Meralco Bolts pulled off an impressive 119-113 victory over the TNT KaTropa to pave way for a 2-1 semis series lead at the Smart-Araneta Coliseum, Saturday evening.

The old and reliable tandem of Reynel Hugnatan and Jimmy Alapag led the Bolts with 21 and 17 points respectively. Hugnatan added four rebounds and a staggering ⅚ clip from three-point distance. Meanwhile, Alapag added three makes, including a timely bomb down-the-stretch against his former team.

TNT led by five with 3:30 to play left in the game after Ranidel De Ocampo converted on dunk. However, a timely timeout by the Bolts yielded for two-straight three-pointers as KaTropa went blank on the defensive end.

After an exchange of free throw makes, Castro delivered two that made the lead shrink to a single point with 1:40 left. TNT failed to secure a defensive glass, while Cliff Hodge also had a key block on TNT import Michael Ammons. Afterwards, Jimmy Alapag punched in the dagger from beyond-the-arc to increase the lead to multiple possessions.

The Bolts were the first to strike in the first half that gave them a small cushion at intermission. However, TNT’s trio of Mo Tautuaa, Jayson Castro and Larry Fonacier led the way in the team’s whopping 37-point quarter in the offensive-filled tilt. The game was played hanging on the balance in the entire fourth quarter, wherein the Bolts were just a step ahead in the dying minutes.

All starters figured double-digits in scoring for TNT led by 28 points from Jayson Castro, with also 4/8 from downtown, 10 assists and two turnovers in the losing effort. Larry Fonacier had 20 markers.

Both teams shot 53 percent from the floor for the entire game, and the two teams combined for only 18 errors. Meralco also relied on 46 bench points compared to TNT’s 21.

Meralco looks to barge in the finals as Game 4 is set on Monday, 7:00pm at the same venue.