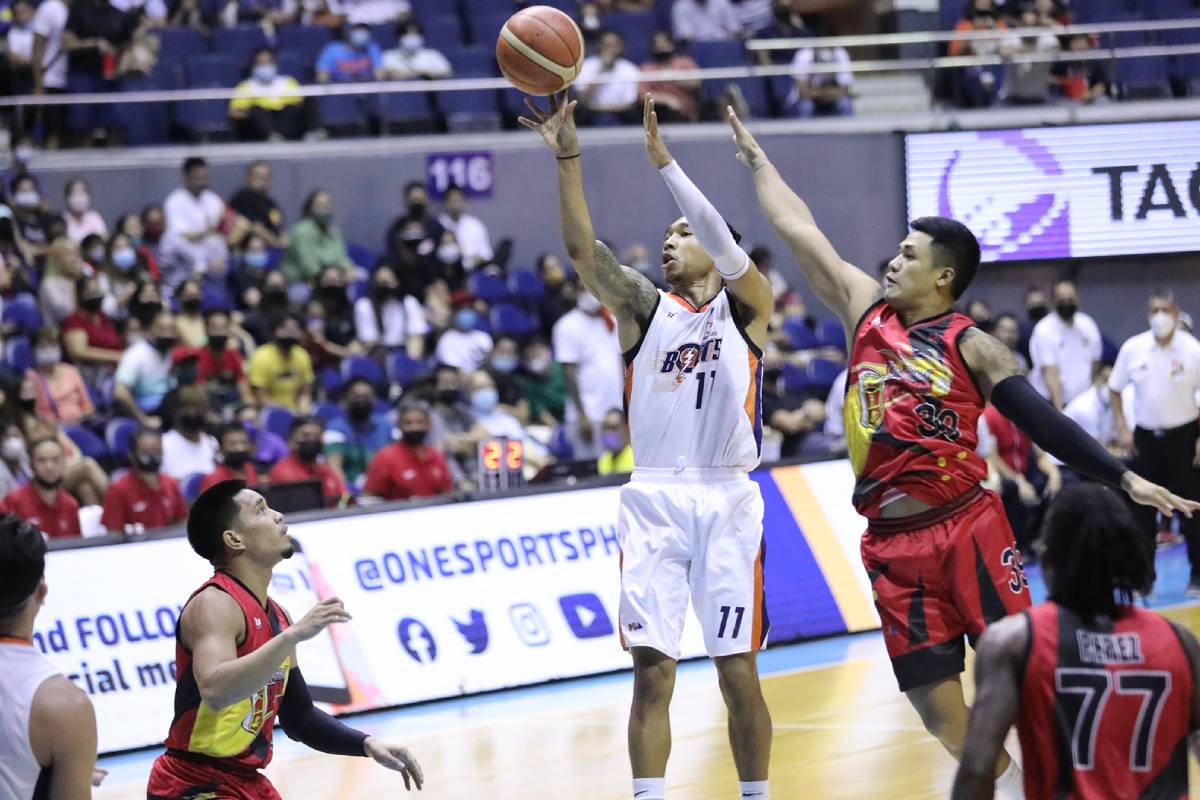 Meralco has already identified one thing to address ahead of its Game Five clash with San Miguel in the PBA Philippine Cup semifinals.

Head coach Norman Black said as much after his star guard tallied his second-lowest scoring output this conference in Game Four, Wednesday,

Newsome scored just eight points on six shots although the Bolts came out with the dominant 111-97 win to even the series to two games apiece.

“We just have to get New going – I don’t think he made a lot of points tonight,” said the champion mentor after the match at SMART Araneta Coliseum.

“He’s our leading scorer, so we have to study that and find out how they were able to slow him down and try to get him better shots at the basket.”

The 6-foot-2 combo guard acknowledged that the Beermen defense has been doubling down on him. But it’s a situation he’s all too familiar with, mentioning, in particular, their numerous battles with rivals Ginebra in the past.

And, he hardly feels worried whenever it happens, since he knows he has the other Bolts to rely on and trust in contributing on the offensive end.

“This isn’t the first time that teams have keyed in on me,” Newsome said. “We played Ginebra in how many series, and their defense was guaranteed to take me out and try to make it as difficult as possible for me.

That was evident in their Game Four victory, where a total of five Orangemen finished in double-figure scoring – Aaron Black (21), Allein Maliksi (19), Cliff Hodge (18), Raymond Almazan (17), and Bong Quinto (11).

“If I know that a double-team is coming for me, I know someone’s gonna be open, and they gotta have the confidence that they’re gonna be able to hit those shots, if they’re open. They were able to hit some shots,” Newsome said.

That is why it doesn’t really matter for him whenever he isn’t scoring in bunches on some nights, as he will always choose to leave with the win on the bag.

“When you look at it statistically, it wasn’t my best night. But at the end of the day, it’s about getting the win, and we were able to get the win today,” he said. “I’m not the type of player that’s looking for the score, a bunch of points or whatever.

He added, “All I’m looking for is wins, and just in the same manner, whether that’s assists, rebounds, playing defense, whatever we have to do to get the win.

“And if someone else has got it going, especially with our team, anybody can have a hot night at any given night. You gotta feed the hot hand and just see who’s hitting shots and where the ball is rolling, and you go from there.”