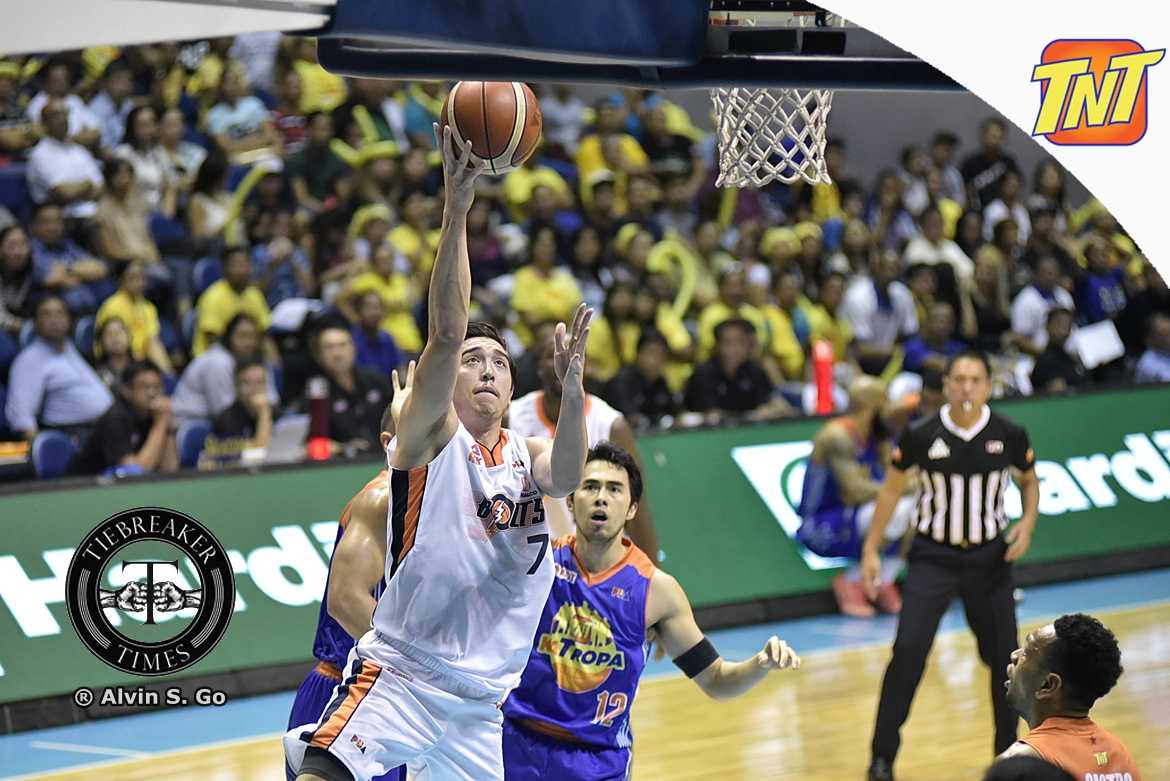 The Meralco Bolts surged ahead to a 94-88 win over the top-seeded TNT KaTropa in their Game 4 series closer, and march their way to the Governor’s Cup Finals at the Smart Araneta Coliseum on Monday.

Cliff Hodge came up huge for Meralco as he delivered a career-high game of 32 points, majority of which came from the final frame. Allen Durham bullied his way to 19 points and 16 rebounds.

The usual duo of Ranidel De Ocampo and Jayson Castro started TNT’s scoring spree in the first quarter to take control at the start. A twelve rebound disparity at the half gave KaTropa more possessions and a four-point lead at intermission.

In the third period, the defense picked up for the Bolts and helped them claw their way back. Moreover, Meralco used their aggression to pick up points from the foul stripe en route to a 10-2 mid quarter run and took back the lead at 60-55.

A big development in the game also occurred as Jayson Castro got ejected with 2:20 left in the game after committing two flagrant fouls, one from the first half. However, TNT kept knocking on the door via two triples of Ranidel De Ocampo, who made it an 88-85 affair with 63 seconds remaining.

Fortunately, after a timeout, a well-executed play found Hodge lurking in the corner as he delivered with a triple to restore a comfortable lead. TNT then failed to convert, while free throws sealed the victory for the Bolts.

“Well, all credit goes to my team. We knew coming into this series that we were not strong as TNT, and we focused in doing anything good to win,” said the decorated Coach Norman Black, who looks forward to continuing their brand of teamwork in the finale.

“I don’t really look at the achievements. I just look at the players and the fact that they executed the gameplan, we have a better chance of winning.”

For Hodge, this was something worth waiting for, and he wants to seal the four-year wait with a coveted championship.

“I was speechless. I can’t believe it. Four years is a long time before we get there. Now we have a chance to win the championship,” said Hodge. “(It’s all about) our teamwork and we believed in each other.”

They await the winner of the Ginebra-San Miguel series, as the deciding game of that series will be played tomorrow night at the Big Dome.