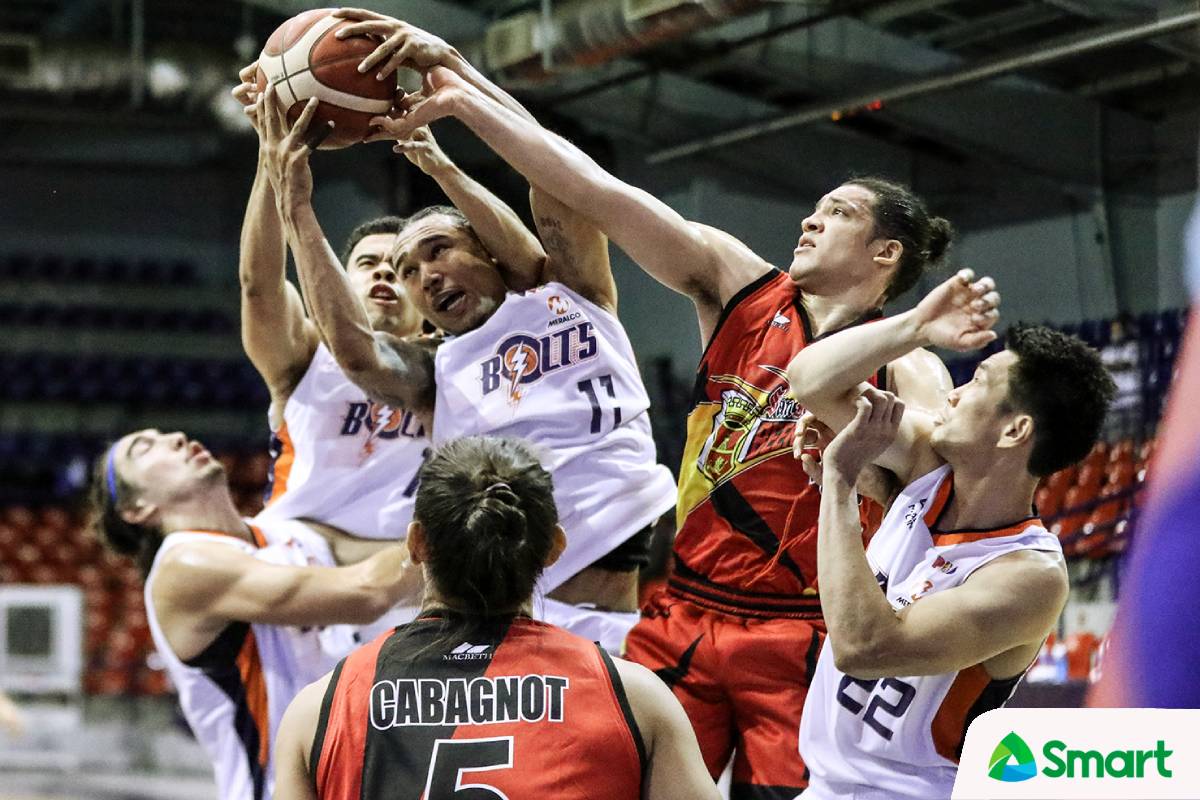 Meralco continued its mastery of San Miguel, 93-87, to collect their second win in the 2021 PBA Philippine Cup Sunday at Ynares Sports Arena in Pasig.

The Bolts bucked a slow start and went on to lead by as many as 15 heading into the final frame, but had to weather a late-game fightback to once again beat the same team it dethroned in last year’s all-Filipino wars in Clark.

“We got off to a slow start. I thought San Miguel really played aggressively in the first quarter, kind of caught us on our heels, and we didn’t respond very well to their physicality,” offered head coach Norman Black.

“We settled down a little bit towards the end of the first quarter, second quarter, and we started playing our game, started defending a lot better. And the second half, I think our conditioning probably came into play.”

Newsome and Black transpired in the closing minutes to save the Bolts. As SMB came within two with 5:30 to go, Black made back-to-back treys before Newsome sank a jumper to give their side an 87-77 lead with 3:04 left.

The Beermen sliced the deficit to five but Newsome struck the dagger triple to deflate their comeback hopes, 91-83, with 40 ticks to play.

“You’re always happy to get wins at this point in the season. You don’t want to get left behind, because it’s going to be a struggle trying to catch up later. So we’re very, very happy with the fact that we’re starting off 2-0,” Black said.

San Miguel was led by the 18 points of Terrence Romeo, but the result surely is the least of the team’s concerns as the star scorer got hurt anew.

Play was stopped at the 8:32-mark of the fourth when Romeo sat courtside and in pain after twisting his left ankle following a crossover attempt. He had to be assisted by his teammates on the way to the dugout.

Courtside reporter Carla Lizardo said that the 29-year-old heard a pop on his knee. He was immediately sent to the hospital for an MRI.

The unfortunate injury spoiled his first game back since suffering a shoulder injury that cut short his stint in the Clark bubble.

The loss also blemished the return of reigning six-time MVP June Mar Fajardo from a shin injury he suffered in practice back in February 2020. He had five points on seven shots and five rebounds in 18 minutes.

CJ Perez’s debut got ruined as well, although he made a good account of himself with 17 points, six boards, two steals, and a block. He opened the game with a trey that kickstarted SMB’s fiery 17-6 start.