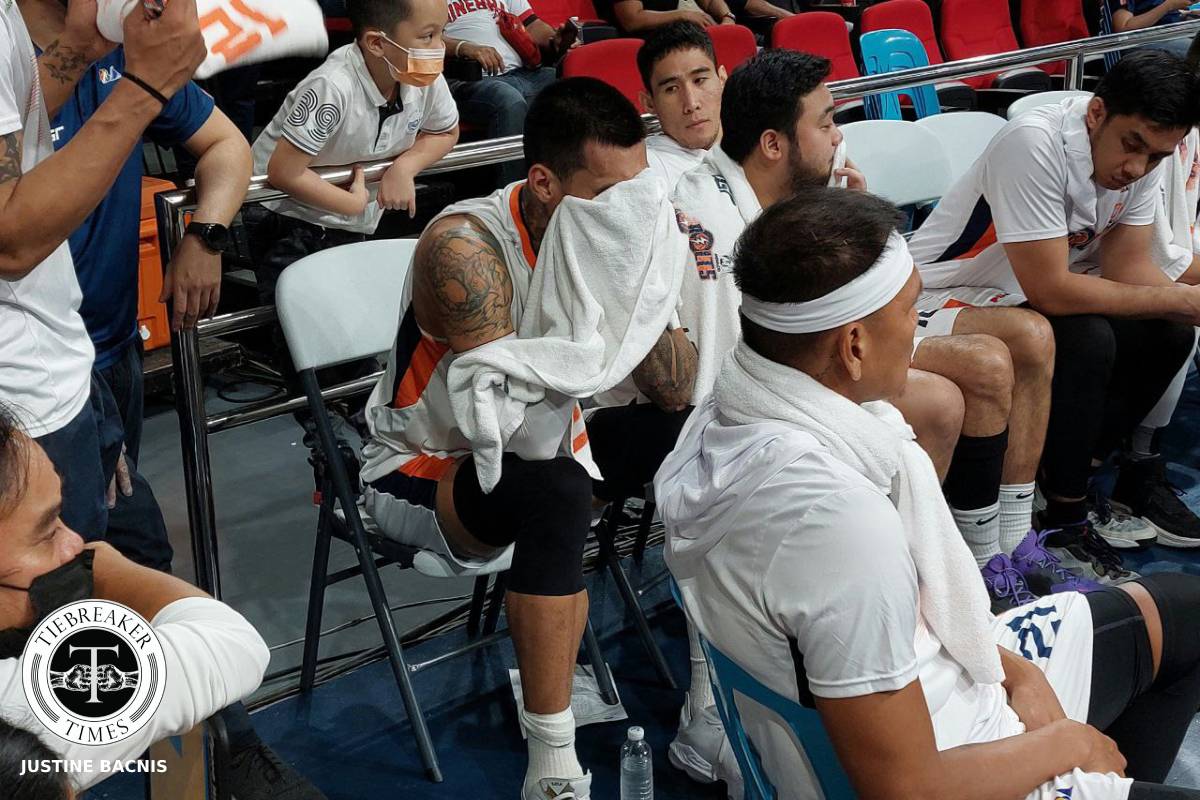 The Bolts’ lead big man suffered an ankle injury during Sunday night’s match against no. 2 seed Magnolia, never to return as he witnessed his side take the 108-96 defeat that also marked the end of their three-game win streak.

“I don’t see him playing on Wednesday, that’s for sure,” the champion mentor told reporters moments after the match at the Philsports Arena.

“We’ll have to see a doctor tomorrow to find out exactly the extent of the injury. But the way it looks, it’s pretty bad,” Black furthered.

Almazan rolled his right ankle following a bad landing off a lay-up at the 10:36-mark of the fourth quarter, with Meralco trailing big, 97-78.

The 33-year-old clutched on the injured part, with Hotshots stars and former Gilas teammates Calvin Abueva and Jio Jalalon attending to him while he was on the floor before being carried to the bench by his fellow Bolts,

Almazan was later on consoled by his son while sitting on the end of the bench. He left the match with eight points and six rebounds in 28 minutes.

His injury added to the woes of Meralco, who has been playing without main man Chris Newsome for a while now no thanks to a calf injury.

Worse, the Bolts are now obliged to win their last two games of the elimination round if they are to stay alive in the playoff race, and the climb will surely be even tougher without Almazan at least against the Road Warriors.

The MVP Group-owned ball club is currently sitting in ninth place in the team standings with a 4-6 record, just behind the 5-6 Rain or Shine.

“We’ve been in this situation for quite a while now,” said Black. “The game against NLEX, for both teams it’s a crucial game, basically just gives you a chance of getting a tie. It’s a must-win situation for us.

“And, we still have San Miguel after that,” added the 65-year-old bench tactician. “It’s a must-win situation.”