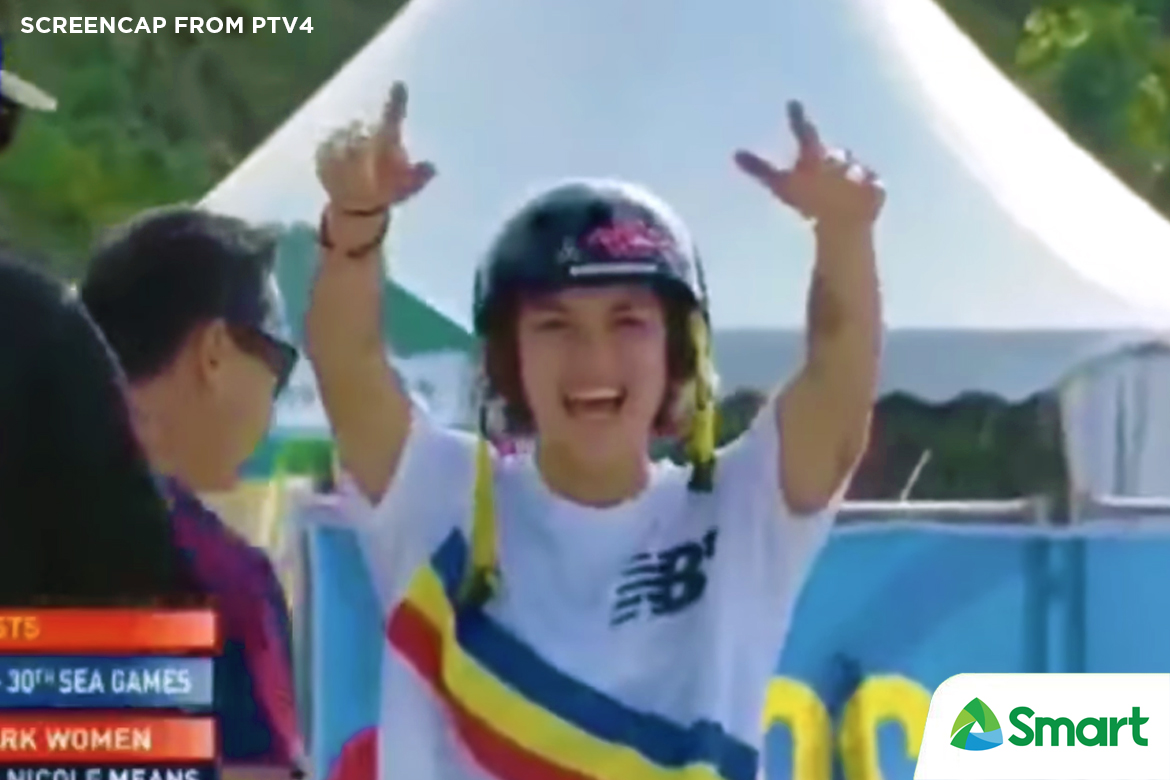 TAGAYTAY — With Margielyn Didal and Daniel Ledermann already securing gold medals, the duo of Christiana Means and Kiko Francisco proved that they too can deliver the goods for the Philippines.

Means and Francisco reigned supreme in both divisions of the skateboarding park event held at the Tagaytay Extreme Sports Complex, Sunday.

After two consecutive bridesmaid finishes against Didal, the 22-year-old Means finally copped her first gold medal. She amassed a total of 11.20 points to outclass Indonesia’s Nyimas Cinta, who tallied 10.76 points to settle for a silver medal.

Francisco, on the other hand, posted a whopping 42.20 points to clinch top honors in the men’s event. He bested a total of 10 competitors from different countries for the title.