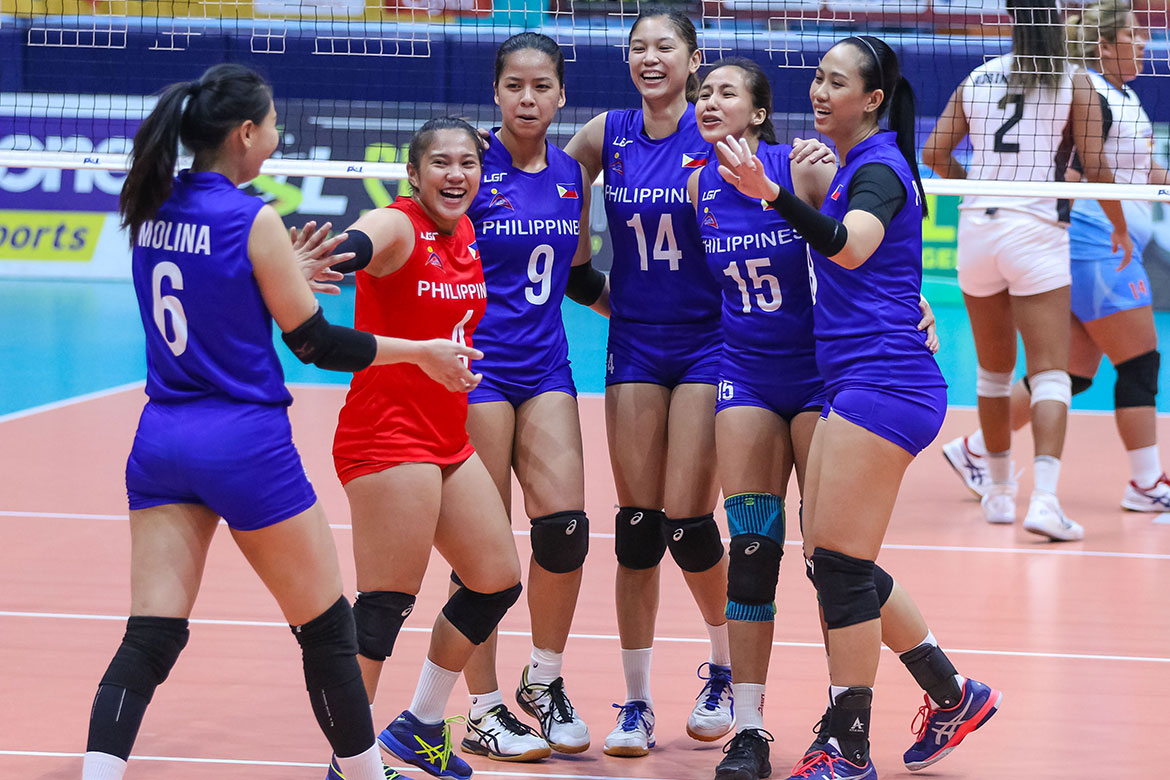 Even without the firepower of Kalei Mau, the Philippine Women’s National Volleyball team turned back Team Sparkle, 25-12, 25-18, 25-18, in the 2019 PSL Super Cup, Thursday night at the FilOil Flying V Centre in San Juan City.

The tricolor squad wrested control in the opening salvo, mounting a lead as high as 13 and cruising to an early advantage.

But Sparkle found its rhythm in the second frame as a seesaw battle ensued. Knotted at 13, the Nationals then leaned on their precise execution at the net to break away. Jovelyn Gonzaga anchored the set-clinching 10-5 stampede.

With both teams refusing to rest on their laurels in the third set, the match swung from deadlock to deadlock. But the Philippine contingents dug deep, uncorking six unanswered points for a commanding 21-15 cushion.

Though Alohi Robins-Hardy stopped the bleeding at 16-21, the tricolor squad proved too much.

The Nationals walked away with another straight-set decision.

Ces Molina and Eya Laure stepped up in lieu of Mau, who did not suit up due to a strained neck muscle. Molina top-billed with 17 points built on 12 attacks, three aces, and two blocks, while collecting 11 excellent digs. Laure contributed 12 markers.

Mika Reyes finished scoreless, but her presence was a welcome development for the team as she played for the first time in a long while.

On the other hand, Sparkle dropped its second straight match for a 0-2 card.

The Nationals shall face University of Tsukuba on Friday at the same venue, as the two unbeaten teams fight for an immaculate slate at the end of the tournament. Meanwhile, Sparkle will try to avert a winless campaign against Team Shine on the same day.