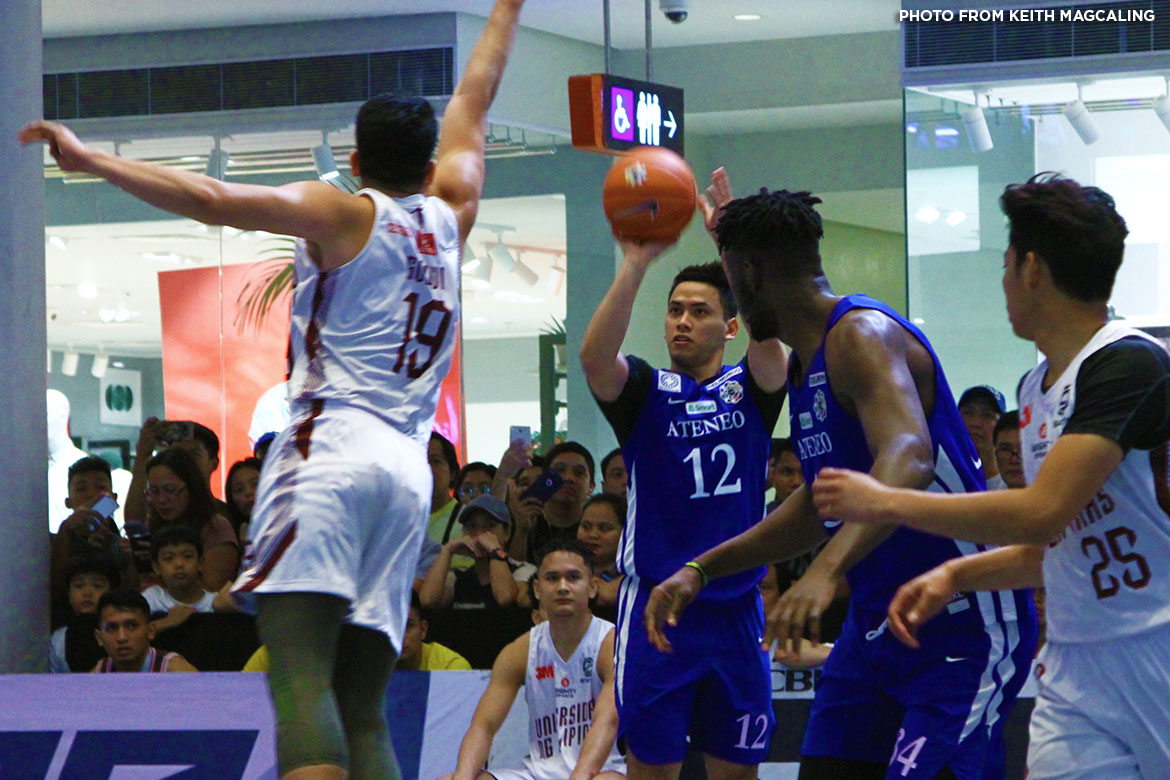 When the clock struck 12 noon over at the Ayala Malls Feriz, the highly-anticipated 3×3 basketball showdown between the Ateneo Blue Eagles and the UP Fighting Maroons tipped-off.

Not only was this the rematch of the UAAP Season 81 Men’s 5-on-5 Basketball Finals, but it was also a bout between two powerful trios. On one end, there was the Gomez de Liano brothers and Ricci Rivero. On the other, it was Ateneo’s big three of Thirdy Ravena, Matt Nieto, and Angelo Kouame.

As expected it was a nip-and-tuck affair.

Angelo Kouame tried to lift Ateneo on his shoulders, scoring eight of Ateneo’s first 10 points. But UP was unperturbed as Ricci Rivero and Will Gozum put up a fight.

With the game knotted at 10-all, Nieto showed why he is known as ‘Matty Ice’. Nieto would drive to the paint with less than a minute left before mustering enough strength for an inside stab to give Ateneo its fourth win.

For the fourth-year Ateneo guard, he has to live up to the moniker given to him as it will book his ticket to a brighter future in basketball.

“Nakaka-pressure magkaroon nang ganung monicker because you have to prove yourself parati. But I’m always ready to prove myself. Yung Matty Ice talaga, I do my best to live up to it,” the 6-foot-1 guard said.