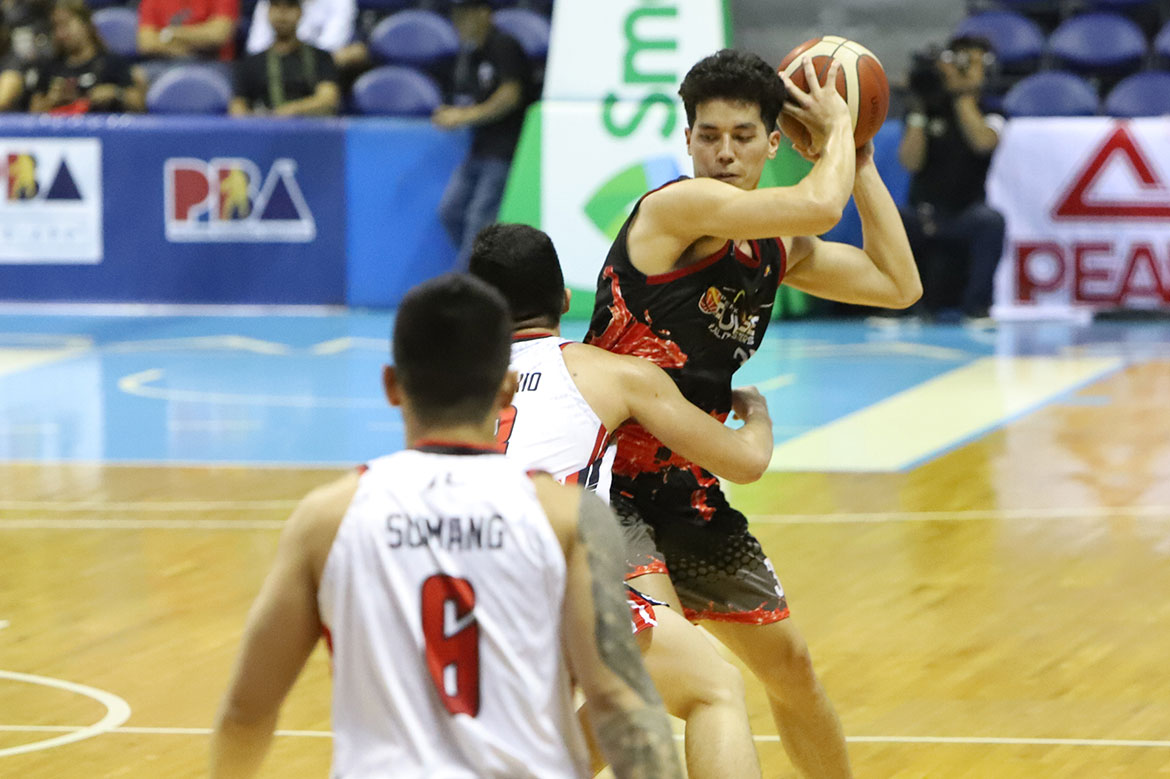 Doug Kramer had already announced that he would be playing his final game on Friday in Phoenix Pulse’s 2019 PBA Governors’ Cup meeting with Blackwater, so Matthew Wright vowed to the 36-year-old they would not let him down.

“Before this game, I told Doug there’s no way we’re gonna lose the last game of his career,” he said.

However, things appeared to be going sideways for the Fuel Masters. The Elite were already ahead by 10, 106-96, after a Mac Belo three-point play with 1:39 left to play. And Wright admitted throwing in the towel became an option.

“It seemed really bleak in the fourth quarter, and I was honestly ready to give up,” he confessed.

But they did not. Wright and the Fuel Masters chipped away the deficit even with time not on their side. Then eventually, he buried a triple from the wing with 3.1 ticks left in to even things up at 109.

The Elite still tried to win it on the other end, but they failed. The buzzer sounded, and the game went into overtime.

Phoenix Pulse then began to carry over their momentum. Of course, Blackwater did not go down without a fight. A Roi Sumang three-point play conversion with 3.7 seconds remaining tied the game up at 117.

But the odds were in favor of the Fuel Masters. Wright buried another trey from the left corner with 1.2 seconds left — a shot he made over a phalanx of Blackwater defenders — to give his side the 120-117 victory.

“Something told me inside to just fight to the end, just end on a positive note. We somehow made shots, I somehow made all the tough ones and missed the easy ones. But I’m happy the last one went in,” said Wright, who had 28 points.

READ  Phoenix got what it wanted in trade, says Louie Alas

For the Fil-Canadian shooter, he dedicated his big triple to Kramer, who is retiring after 12 years in the PBA.

“I told him before — I said this shot is for you man,” said Wright, who has played with Kramer since 2016.

“Maybe it’s just Doug’s day today. It’s a special day for him, he deserves it. I just wanted to send him off on the right foot.”