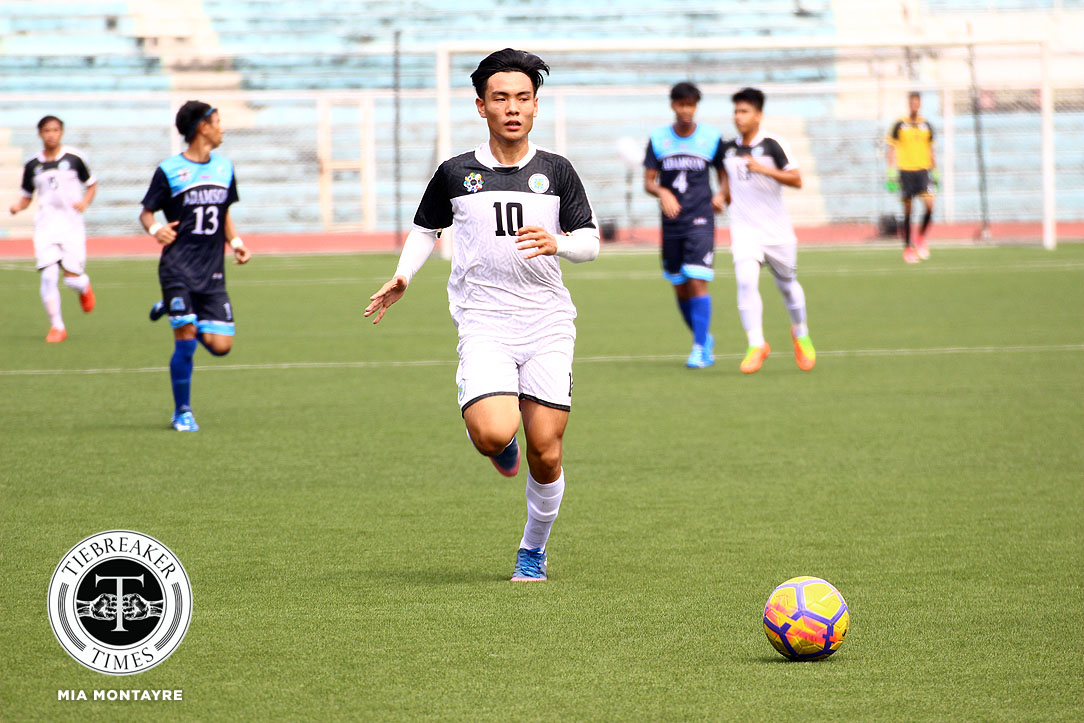 There is a saying that goes ‘it’s not how you start, but how you finish’

Golden Booters forward Marvin Bricenio may have been one of coach Marjo Allado’s most dependable players, but it feels like it’s only now that the student-athlete has blossomed into a full-fledged star for the University of Santo Tomas.

UST have won their first two games of the UAAP Season 80 Men’s Football Tournament in stunning fashion, and one of the main reasons has to be Bricenio who scored a hattrick against the Far Eastern University, and added another goal versus the Adamson University.

As one of Allado’s veterans, the Bachelor of Sports and Wellness Management student knows that he and the rest of his batchmates need to do more than just the bare minimum for the team.

For the fifth-year player, his dreams and ambition are not just for his school in the UAAP, but something more personal.

UST last won the UAAP Men’s Football Championship in Season 69. That drought has been simply too long for such a storied program team like the Golden Booters.

A UAAP gold medal and a future pro-career — only a few student-athletes can say they have achieved both. At the rate it is going, though, Bricenio is more than capable of hitting two birds with one stone this season.