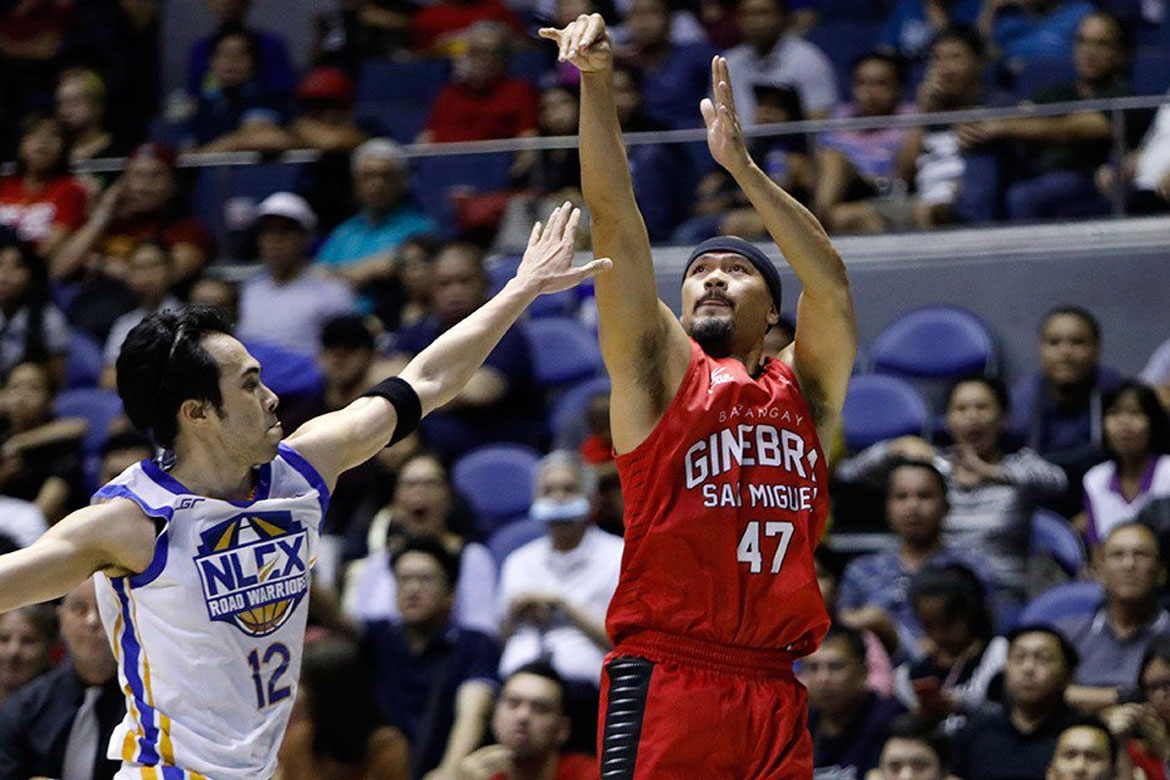 The moment he got the ball from teammate Scottie Thompson, who had just scanned the floor looking for open teammates, Mark Caguioa did not hesitate. He pulled the trigger from the right elbow with 1:10 left to play.

As he jogged down the court, Caguioa clenched his fist and bit his lips in celebration. The whole Barangay Ginebra San Miguel, as usual, celebrated wildly too. After four straight misses, his shot has finally met the bottom of the net.

But that jumper meant a lot for Caguioa and all the Gin Kings. That was his 16th point of their match versus the NLEX Road Warriors on Friday, and it was also the 10,000th point of his illustrious career.

Caguioa is now in elite club.

The 38-year old guard has become the second active player to hit 10,000 points next to James Yap, who nailed it back in 2017. Moreover, he has also become the 16th player –15th local player – overall to reach that many points.

“Just thankful that I reached that. ‘Di ko naman siya hinihintay pero to join… ilang locals lang nakagawa nun, 15 ano? So it’s an honor to be next to those guys. And to do it in just one team, nagpapa-salamat ako,” said Caguioa.

Anxious and tense moments filled up the SMART Araneta Coliseum when Caguioa could not make the two points he needed to reach the feat. Asked about it, Caguioa admitted that overeagerness had gotten the best of him.

And that is why he felt so relieved when that shot went in. For Caguioa, he really wanted to make that and hit the milestone inside the venue that he considers the place where he and his game grew and got witnessed by many.

From a Most Valuable Player award, to multiple championships, and now 10,000 points, one could say that Caguioa has everything that a PBA player could ask for. But for him, he has no plans of stopping collecting titles – yet.