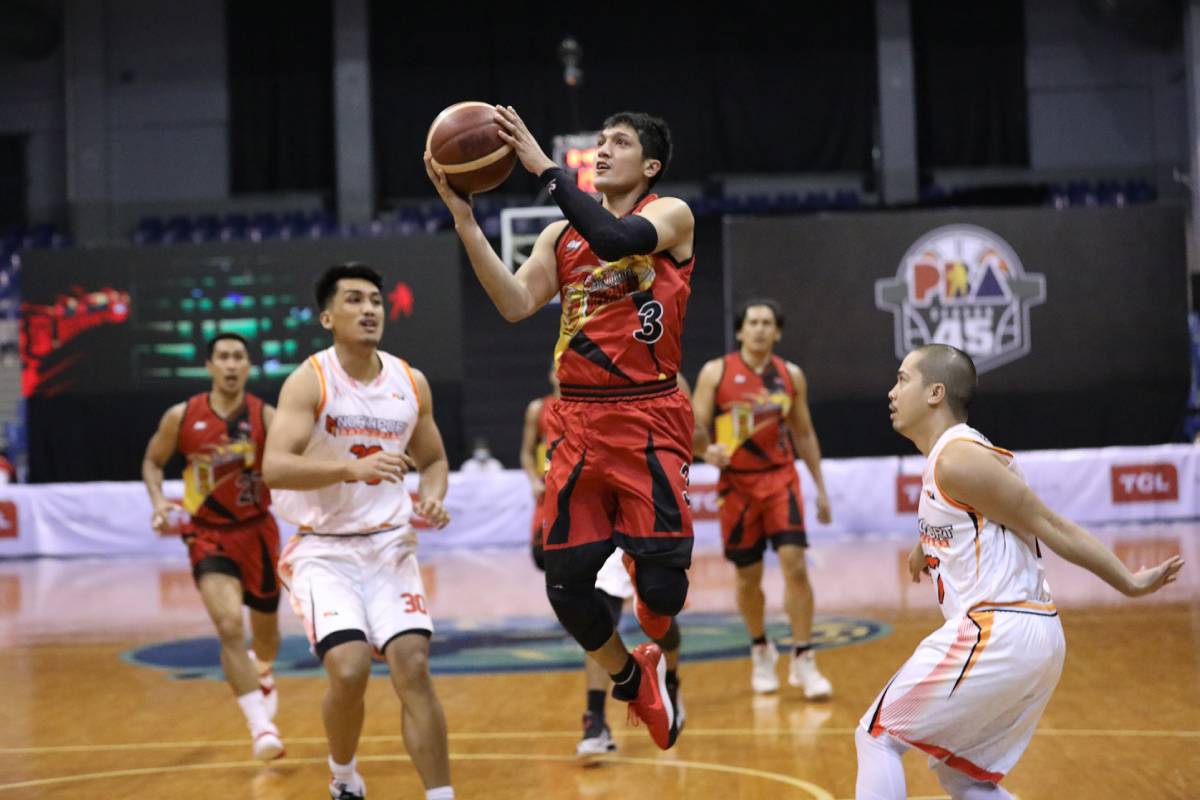 San Miguel was short of manpower in the bubble last PBA season no thanks to injuries, but the remaining Beermen showed no shortage of heart. They all gallantly tried to hold the fort amidst the challenges that came their way.

Among those who did their best to carry the fight was Von Pessumal.

The 6-foot-2 sniper logged longer minutes in the bubble as SMB’s guard play took a major blow following the shoulder injury suffered by Terrence Romeo versus TNT, which led to his eventual departure from Clark.

Pessumal logged over 20 minutes in five games, including the match versus Terrafirma last Oct. 17. There, he had a season-high 17 points built on five three-pointers, helping his side earn its first win in the bubble, 105-98.

The Ateneo product averaged 6.6 points on 31-percent shooting from deep and 2.6 rebounds. His efforts, though, were not enough to help San Miguel extend its Philippine Cup dominion, instead bowing to Meralco in the quarters.

“I really like him,” said the four-time Baby Dalupan Coach of the Year awardee in a guest appearance in Tiebreaker Vodcasts’ Coaches Unfiltered, presented by SMART and supported by Mighty Sports.

Austria said that he personally asked for Pessumal to be part of San Miguel, thus the team’s decision to trade for him by sending center Arnold Van Opstal to GlobalPort in a switch between two 2016 Gilas draftees.

Many questioned the trade since teams cannot trade Gilas draftees, per the Samahang Basketbol ng Pilipinas. But the PBA clarified that the board of governors has allowed straight-up trades between Gilas pool members.

The decorated mentor said that he felt the need for another winger who can help free the lanes more for main man June Mar Fajardo, aside from usual gunners Marcio Lassiter, Arwind Santos, and Alex Cabagnot.

“Actually I was the one who asked for him from Globalport that time.

“So nagkaroon ng trade because we need somebody who can play around June Mar – and sometimes the import – because he’s a floor-spacer,” Austria said.

But what Austria really admires about Pessumal is his attitude.

No wonder he doesn’t want to let him go.

A report by Spin.ph Friday said that Pessumal was initially part of the package San Miguel would send to the Dyip for CJ Perez. The team is reportedly aiming to reclaim the Philippine Cup crown by adding another star.

However, the coaches, per the news, stepped in and took the 27-year-old out of the picture. Now heading for Terrafirma instead are Matt Ganuelas-Rosser, Russel Escoto, Gelo Alolino, and the 2021 first-round pick.

However, the shocking trade – which has set social media ablaze following mixed reactions from fans online – has yet to receive the green light by the PBA and its five-man trade committee.

“Alam niya ‘yung role niya, but still has a lot of room for improvement.”