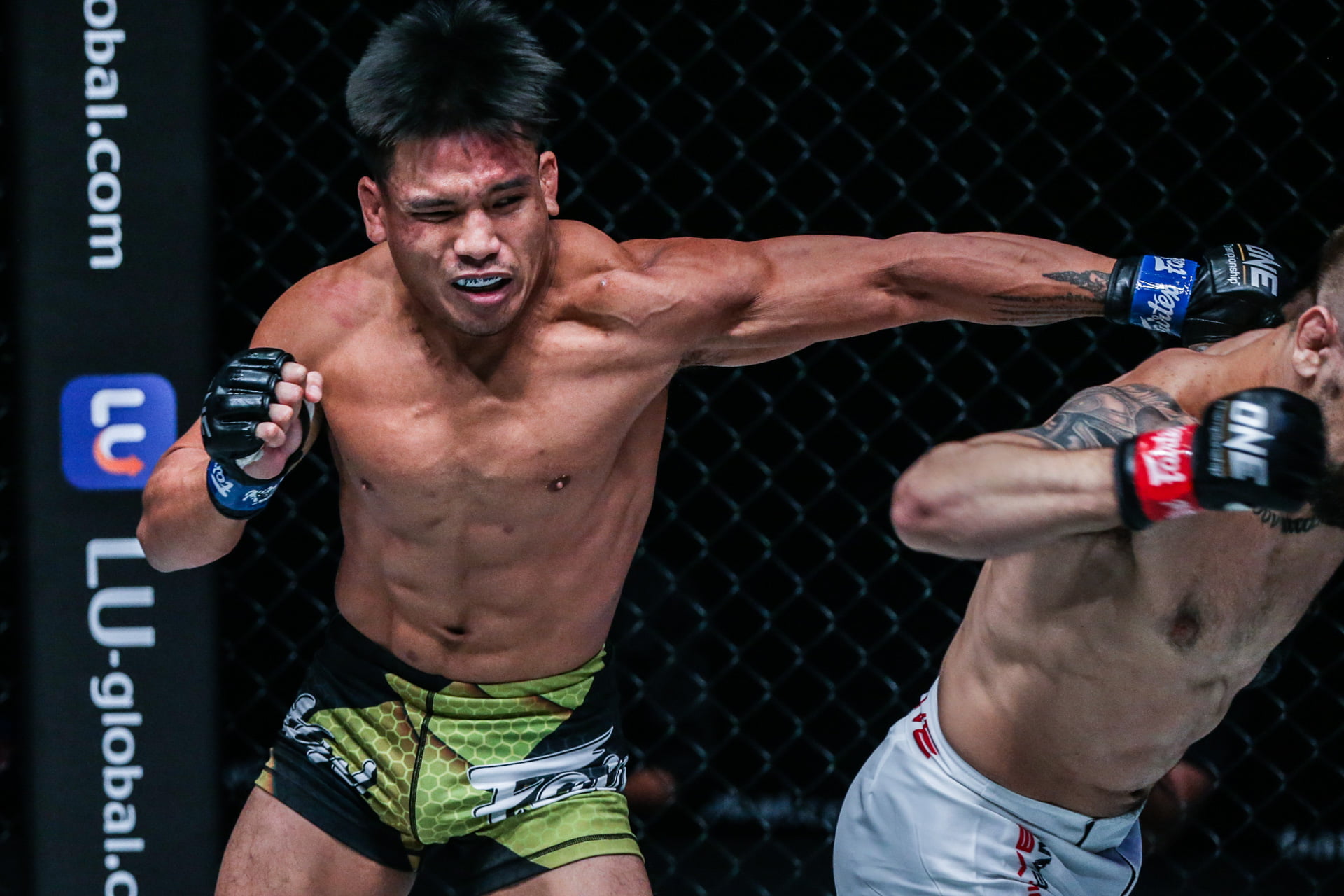 Mark “Tyson” Fairtex Abelardo showed the heart and determination one can expect from the veteran athlete at ONE: King of the Jungle – but the night was simply not for him.

Abelardo succumbed to the unbeaten “Pretty Boy” Troy Worthen last Friday, February 28, at the Singapore Indoor Stadium in a match where he was pretty much dominated from the opening bell.

“I would say yes (this is the toughest match I’ve had) because it went longer, but as much as I want to finish every fight, sometimes it’s just not on the cards for you,” Worthen told ONEFC.com.

“I still feel like if certain parts of the fight were different, I could have got him out of there as well. He’s the toughest so far. Although I think Chen Rui had a bigger shot, he didn’t last the full 15 minutes.”

Worthen tipped his hat to the Filipino-Kiwi, who took some solid shots for the duration of the match but still kept going.

This includes a head-kick late in the first round that floored Abelardo, but the Fairtex Gym representative simply kept on pressing forward.

“He has an iron chin. I was swinging those kicks as hard as I could. Some of them were connecting on his chin, but he just kept getting back up and walking through them,” Worthen said.

“That kid is super tough. I don’t see a lot of people finishing him on the feet because he took some heavy shots, but he kept going. Like I said before the match, he’s a true fighter. He kept coming forward, kept going for the win every minute, so that was super impressive.”

That toughness from Abelardo earned Worthen’s respect, as he finished the match looking for that one punch that could change the complexity of the bout.

The punch did not come, giving “Pretty Boy” a convincing decision victory, but Abelardo showed that he is not someone who will go down lightly.

“Mark is a real fighter. He’s going to go out there and compete till the end and that’s exactly what he did. I’m glad I got to compete against someone like that who brings the intensity all the way through the bout,” Worthen said.

“That makes it a little more fun for me. When guys quit or accept that loss and just lay there for the last few seconds, it’s not as exciting for me or the fans.”

The world’s best strikers converge next at the Phu Tho Indoor Stadium in Ho Chi Minh City, Vietnam for ONE: HEART OF HEROES on March 20.

Heroes Of ONE: KING OF THE JUNGLE Show Respect On Social Media