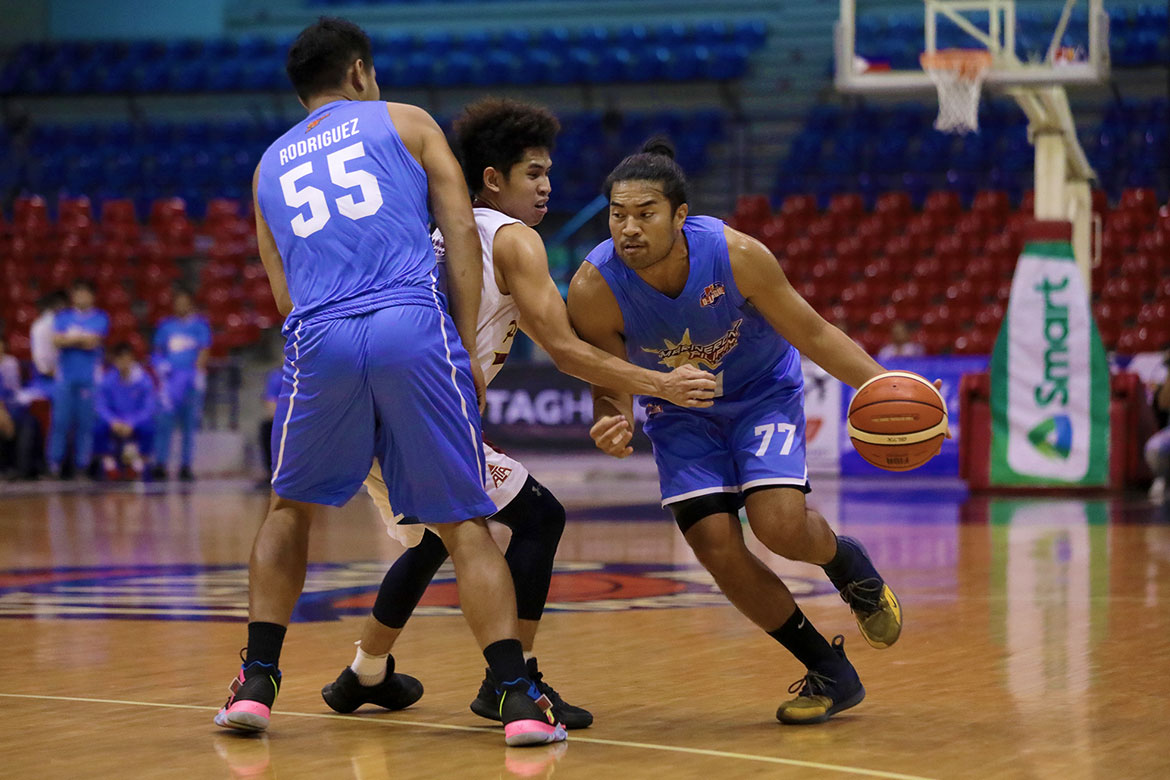 Marinerong Pilipino kept themselves in contention for the fourth playoff spot in the Foundation Group with a 90-76 drubbing of the Perpetual Altas, Tuesday in the 2019 PBA D-League at Ynares Sports Arena in Pasig.

Santi Santillan scattered 21 points and 17 rebounds, as he willed the Skippers back from an early 32-20 deficit to grab a 50-36 halftime lead.

It was a big win for the Skippers, who rose to 5-4 in the team standings. They must now hope for CEU to topple FEU in their duel next week to claim the seat.

Diliman College-Gerry’s Grill were also eliminated following the Marinerong Pilipino win. The Blue Dragons hold an inferior quotient in the event of a triple-tie between them, the Skippers, and the Tamaraws.

Still, coach Yong Garcia is happy that his side got their acts together late despite having no control of their fortunes.

READ  Gumaru stepping up at the right time

Gani Lawal, Chris Newsome link up as Meralco staves off Alaska in tune-up