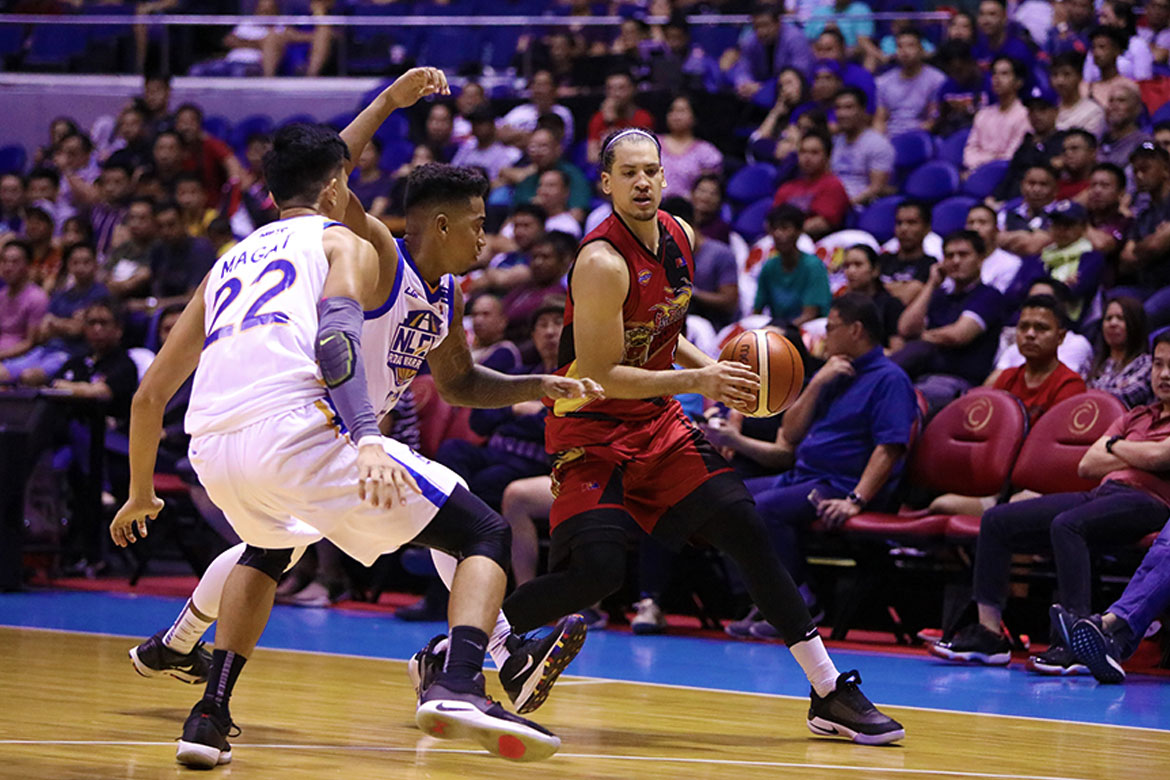 Did Marcio Lassiter just start a new trend in the PBA?

That seems to be the case, as he ran with the revolutionary Nike Adapt BB for the very first time on a PBA court in the San Miguel Beermen’s clash with the NLEX Road Warriors, Friday night.

The Adapt BB is the Swoosh brand’s first self-lacing basketball shoe, which was unveiled to the world back in January of this year. It became available on the market just last February.

Boston Celtics star Jayson Tatum debuted the Adapt BB last January 17 versus the Toronto Raptors, where he had 16 points and 10 rebounds to help his side reign victorious, 117-108.

“My feet are rejoicing, my feet feel good,” said Lassiter moments after their 121-111 win.

“It’s kinda cool to have a shoe that’s tying laces for you, so I feel like the shoe itself is a very cool shoe.”

Aside from the shoe’s lacing system, which can either be adjusted through the buttons on the midsole or via a smartphone app, Lassiter raved about the Adapt BB’s performance and fit.

“Good grip, very comfortable, aerodynamic, and it fits like a glove,” said the 6-foot-3 forward, who tallied 16 points on top of seven rebounds, four assists, a steal, and a block.

It won’t be surprising if Lassiter will make the Adapt BB his go-to kicks from now on. And for the 31-year-old, he believes that more players in the league will be rocking the same shoe sooner.

“Probably, and I wouldn’t be surprised … I think probably everybody will have shoes like this.”

Ynares Center has been very good to Chito Victolero, Magnolia