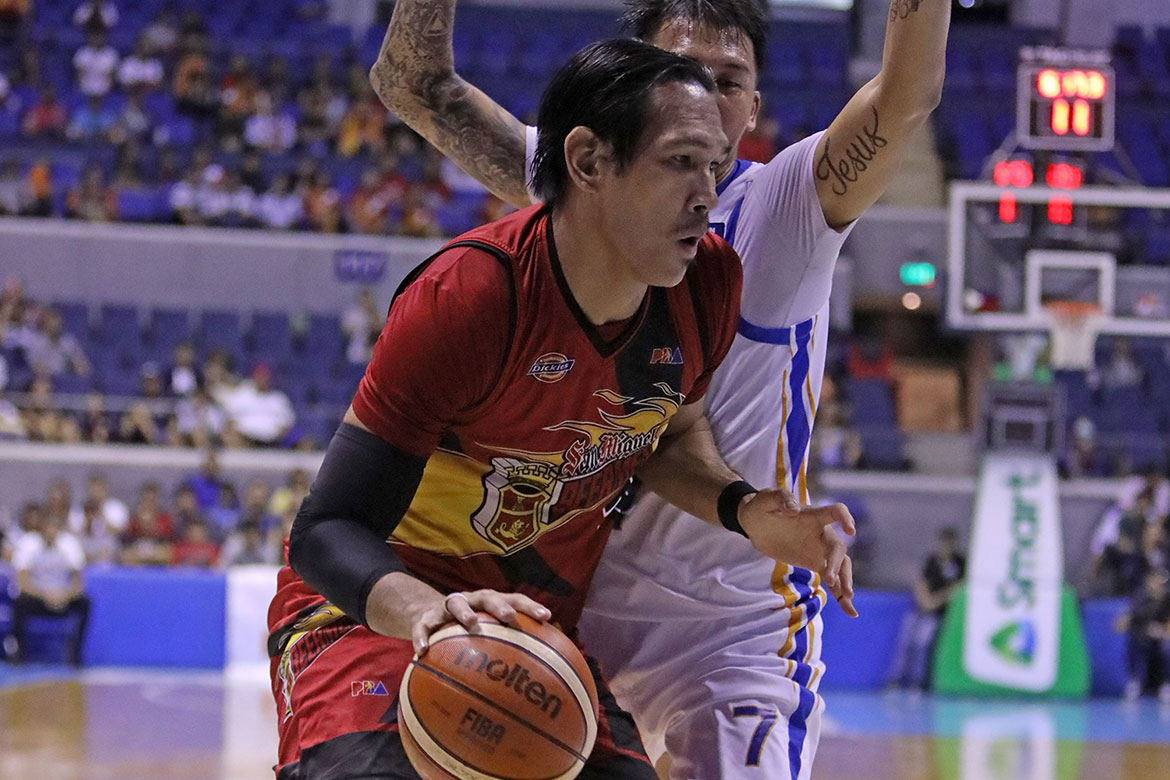 It seems an almost month-long break did wonders for the San Miguel Beermen.

The defending four-time Philippine Cup champions, who last played in February 10, flexed their muscles and outclassed the NLEX Road Warriors, 121-111, to collect their third consecutive win, Friday night at the SMART Araneta Coliseum.

It was all the Beermen right from the get-go, as they opened the match with an overwhelming 28-4 blitz. They would go on to push their lead to as high as 31 points, 73-42, with about nine minutes remaining in the third quarter.

“So happy tonight for that win. Badly needed ito still dahil we’re still aiming for one of the top two spots. Although it’s very hard, it’s slim, the chance is still there,” said head coach Leo Austria, whose SMB improved to 5-3.

“I think what happened to us is the 26 days off from our last game in February 10 helped us a lot,” he added. “It worked on our part because we had a lot of injured players, and then puro mga may sakit and then naka-recover.”

The Beermen played without Christian Standhardinger due to a minor knee injury, as per Austria.

JR Quiñahan had 17 points and 10 rebounds to lead NLEX, who have gone down to 2-4. Juami Tiongson had 16 points and 13 assists. Poy Erram produced 16 markers as well, along with seven rebounds and two blocks.

San Miguel will look to extend their streak versus the NorthPort Batang Pier on Sunday, March 10, at the Ynares Center Antipolo. Meanwhile, NLEX will take on the Alaska Aces on March 13, Wednesday, still at the Big Dome.