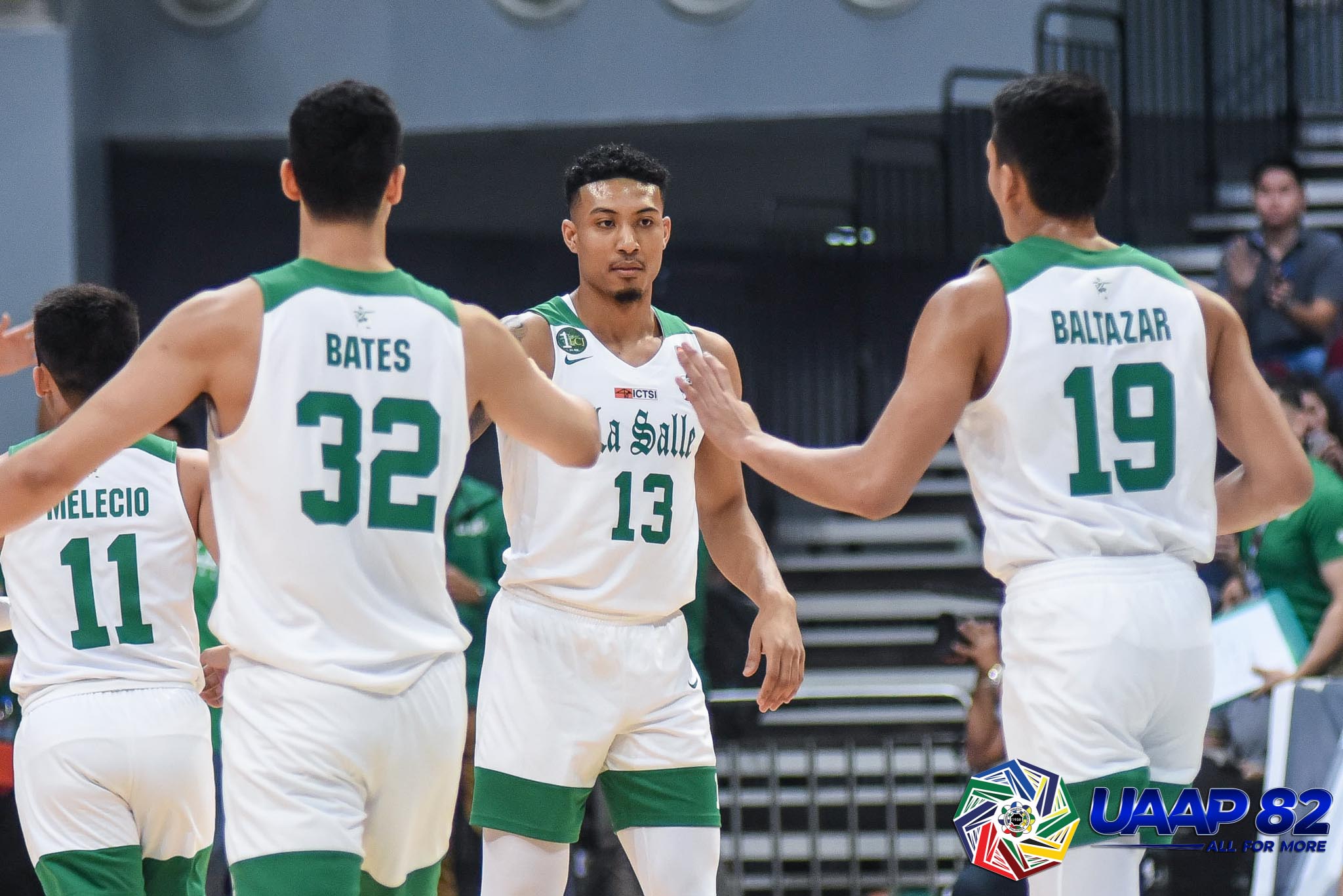 The Fil-Am forward scored a career-best 34 points on 7-of-12 sniping from downtown in his final game for the Green Archers — plus 12 rebounds — capping off his short run in Taft with a victory.

He was responsible for La Salle’s blazing 25-12 opener, accounting for 11 points to help his side assert dominance and cruise to the 26-point rout. The Green Archers even took a lead as big as 30, 66-36, late in the third frame.

La Salle s finished the year at an even 7-7, in fifth.

“Lots of learnings for us,” said coach Gian Nazario. “Hats off to these two guys. They ended their college careers well.”

Justine Baltazar also tallied a double-double with his 14 points and 13 rebounds.

The Green Archers asserted control in the game through their hot shooting. They went 42-percent from the field, including a 46-percent shooting from downtown.

Besides Malonzo and Caracut, James Laput-Pado, and Keyshawn Meeker ended their college careers.

On the other hand, the Soaring Falcons suffered four straight losses to bow out with a 4-10 slate.

#ReadMore  Scottie Thompson to have signature shoe with World Balance