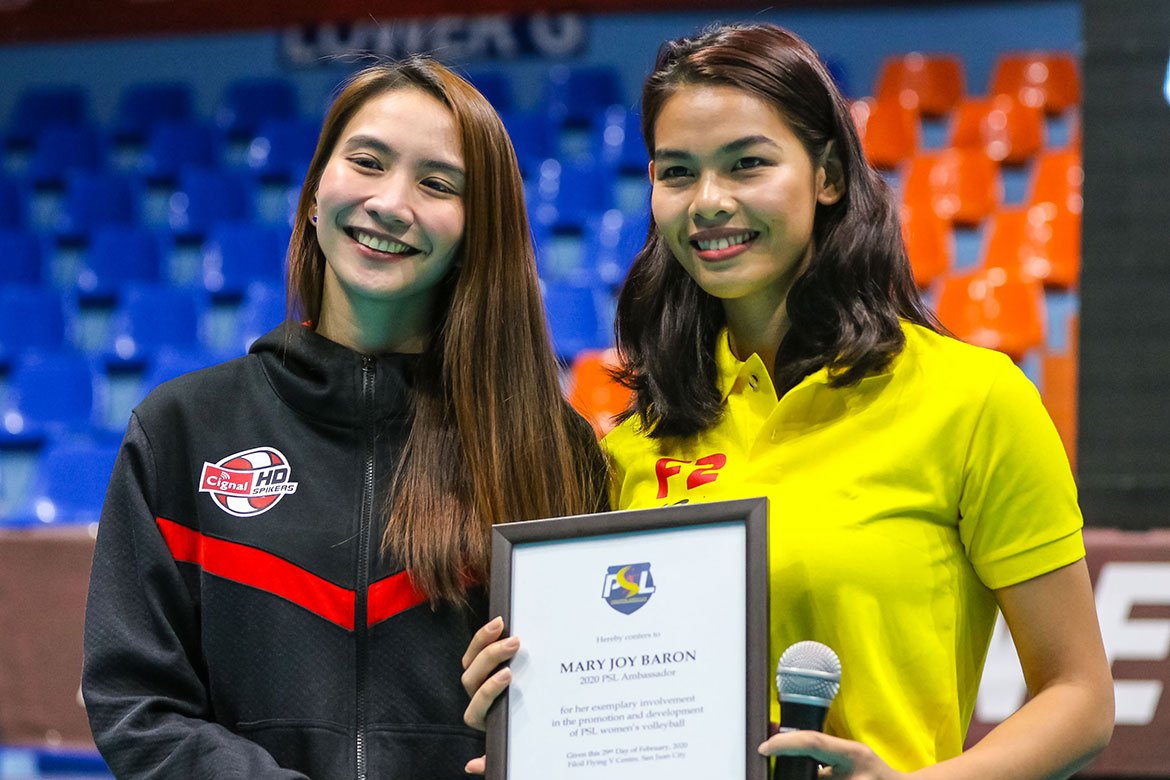 The crown of the Philippine Superliga ambassadress has been bestowed on F2 Logistics Cargo Mover Majoy Baron.

For her recent impact on both the local and international scenes, the league deemed it fit to appoint the decorated middle blocker as its official representative this 2020.

Baron cheerily accepted the prestigious title from erstwhile-ambassadress Rachel Daquis of Cignal during the opening ceremony of Grand Prix on Saturday at the FilOil Flying V Centre.

“First of all, I would like to thank Philippine Superliga for choosing me as the new ambassadress,” the 24-year-old spiker said moments after the announcement.

“You know, PSL has helped me grow as a person and as an athlete, and it’s such an honor.“

As the newest face of the PSL, Baron will help promote the league and its events while empowering younger generations to pursue their passion for the sport.

“Parang may crown ako, parang nagse-set ako as an example.”

The La Salle product is fresh off a sensational 2019 campaign.

Baron was nothing short of spectacular for F2 Logistics, delivering the goods in their title conquest of the All-Filipino Conference and Invitationals last year. During those championship runs, she captured an MVP plum, on top of several of Best Middle Blocker recognitions.

Then as a proud member of the Philippine Women’s National Volleyball Team, the Tarlac native brought pride and honor to her compatriots by helping the country earn a pair of bronze medals in the first and second legs of the ASEAN Grand Prix. There, she was hailed as the region’s Best Blocker — not just once, but twice.

The native of Concepcion, Tarlac is the latest addition to a stellar list of league ambassadors. The previous ones are Gretchen Ho, Cha Cruz-Behag, Mika Reyes, Aby Maraño and Daquis.

Baron, however, believes that her ascent as an athlete is far from over.

Now in Pampanga, Larry Muyang glad San Juan fans did not boo him