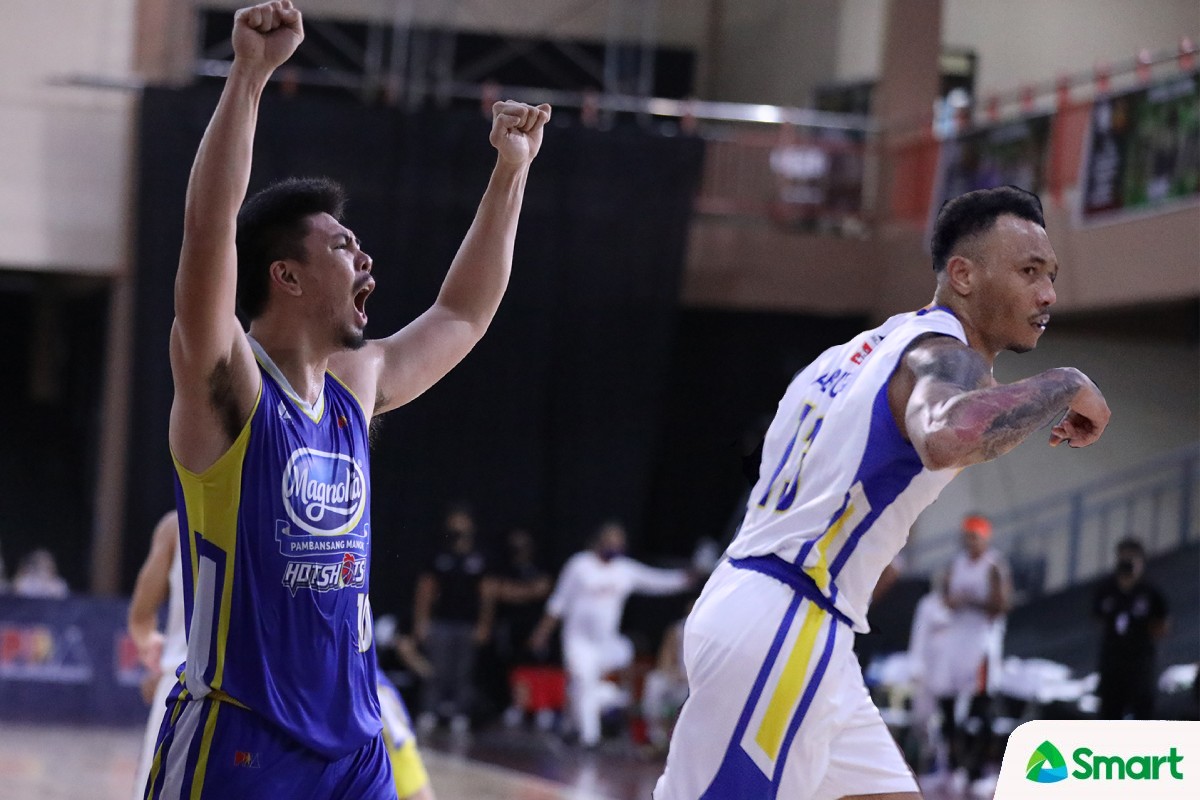 The ongoing 2021 PBA Philippine Cup has become quite a memorable run for the reunited tandem of Calvin Abueva and Ian Sangalang.

Aside from steering Magnolia to the Finals, the good pals have also emerged as strong candidates for the Best Player of the Conference award.

The ‘Beast’ has actually been leading the race right from the onset. And he has solidified his stance, accumulating 34.2 statistical points after the semis, where he helped the Hotshots finish off Meralco in six games.

Sangalang, on the other hand, rose a rank higher at no. 3 with 33.0 SPs – indeed an improvement from his 32.3 SPs by the end of the quarters.

The lefty center has been one of the tourney’s most consistent players with norms of 16.7 points, 8.8 rebounds, and 1.4 assists.

He has 10 double-doubles this conference, including four in the semis. In their 95-83 Game Six win last Friday, the eight-year pro had 19 points and 14 rebounds. He also had six assists, three blocks, and two steals.

Sangalang said that he never expected to be in contention for the coveted plum. Instead, he simply prepared the best he could for the cage wars.

At this point, the 6-foot-7 post specialist imposes the biggest threat in Abueva’s bid of collecting his second BPC award. However, none of that actually matters for the proud sons of Pampanga.

#ReadMore  No switching of courts nor handshakes for PVL Open Conference

“Sa akin, it’s gonna be like a bonus,” said Abueva, who won the coveted award back in the 2016 Commissioner’s Cup.

For the two, all that they really care about is being in the Finals and bagging home the championship, which they will try doing against TNT.