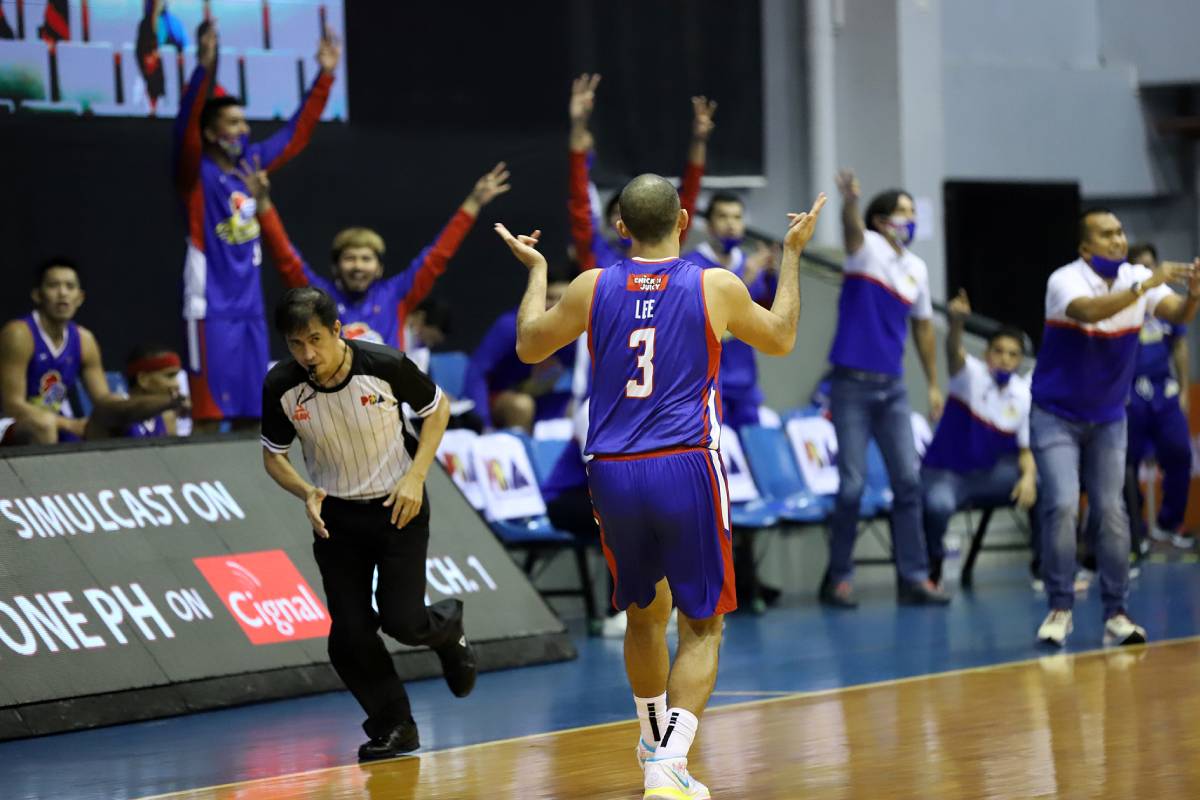 The Hotshots almost coughed up a huge 18-point lead as the Tropang Giga came back and closed within a point with seven minutes left to play. Fortunately, Lee and Chris Banchero connived to restore order.

“We just tried to keep our composure. We just stuck to our game plan, especially defensively. And pagdating sa offense naman, we just ran our plays,” said the 31-year-old Lee, who finished with a team-best 27 points in the 102-92 win.

Magnolia followed up its victory over Barangay Ginebra last week, picking up its first win streak of the season. And for Lee, it’s all thanks to the lessons the Hotshots learned from their previous losses.

After a successful bubble debut versus NLEX, the perennial contenders entered a three-game slide. And two of those losses saw them establish a favorable advantage, only to cough it up and lose.

Versus Meralco last Oct. 20, the Hotshots already had a 10-point lead in the fourth quarter. But the Bolts’ young guns in Trevis Jackson and Aaron Black sparked a comeback to take a 109-104 overtime win.

Magnolia seemed on their way to bouncing back after building a 17-point lead over Phoenix Super LPG three nights later. Instead, the Fuel Masters made a 22-0 run to take a late nine-point lead, eventually leading to a 91-84 victory.

And that kind of collapse nearly took place once more in the hands of the MVP Group’s crown jewel. Fortunately, they averted that, showing they’ve learned from the lessons of those defeats.