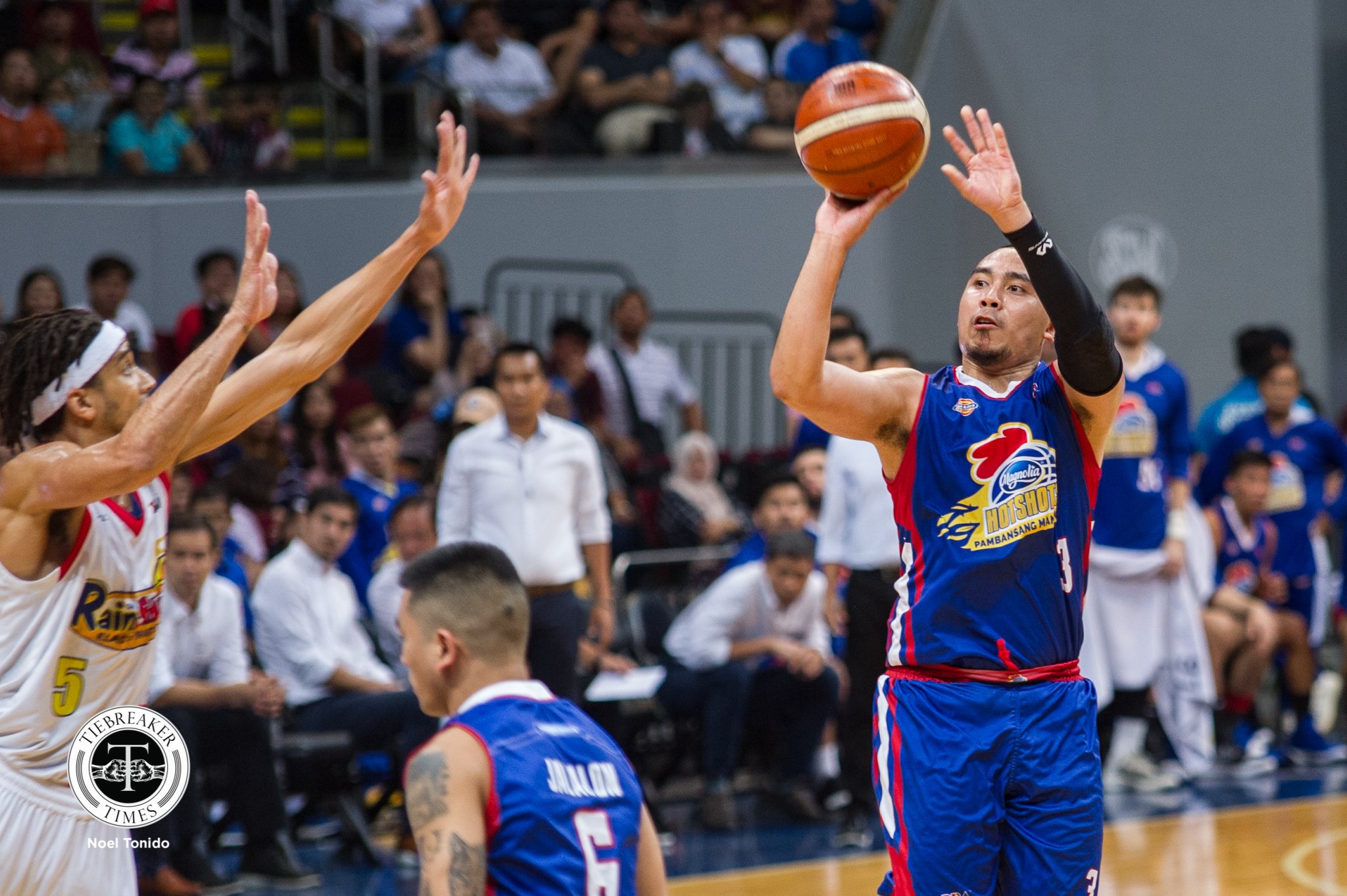 The Magnolia Hotshots came back from a massive deficit to beat the Rain or Shine Elasto Painters in overtime, 63-60, and forge a rematch with defending five-time champs San Miguel in the 2019 PBA Philippine Cup Finals, Sunday evening at SM Mall of Asia Arena.

The Hotshots rallied from a 17-point third quarter lead and forced an extra five minutes. The trio of Paul Lee, Ian Sangalang, and Rafi Reavis then provided the finishing touches to bag the win in the low-scoring affair.

Lee and Sangalang finished with 11 markers apiece – with the latter adding 15 rebounds and three blocks – to lead Magnolia. Meanwhile, Reavis fell just short of a double-double as he produced eight points and a game-high 20 rebounds

“First of all, I would to thank the Lord. He found ways how to win this game. I don’t know pano kami nakabalik but it’s all God’s will,” said Magnolia head coach Chito Victolero. “I would also like to thank my players – I love their resiliency.”

This year’s All-Filipino championship bout will feature the fifth and sixth seeds.

Things already looked bleak for Magnolia when James Yap, Maverick Ahanmisi, and Beau Belga fired consecutive threes to power Rain or Shine’s 12-1 run that gave them a huge 39-22 lead with 9:16 left in the third.

They would go on to enjoy the lead until the Hotshots came knocking at their door. It turned from bad to worse for the Elasto Painters after Sangalang’s lay-up gave Magnolia the lead, 50-48, with 5:26 to go in the fourth.

Rain or Shine then knotted it up once more at 50-all; however, Rome Dela Rosa’s three-pointer as the shot clock expired – which Rain or Shine contested as the ball was still at Dela Rosa’s hand when the buzzer sounded – gave Magnolia the lead again.

Sangalang managed to lift his side to a 55-52 edge with 2:58 remaining. But Rey Nambatac showed nerves of steel, burying a booming three-pointer to tie the game again at 55-all with just 1:20 left in regulation.

Lee and Sangalang tried to win it for the Hotshots inside the last 37 seconds of regulation. Unfortunately their shots missed, allowing Beau Belga to secure the rebound and give the Elasto Painters a chance to close out the game.

Yap had the final shot, but Reavis swatted away his three-pointer, sending the game into OT.

Yap had 14 points, four rebounds, and three assists to lead the Elasto Painters, who haven’t reached the Finals since the 2016 Commissioner’s Cup which they won over Alaska Aces – their last title under coach Yeng Guiao.

Game One of the San Miguel-Magnolia best-of-seven Finals series is on Wednesday, May 1, at SMART Araneta Coliseum.