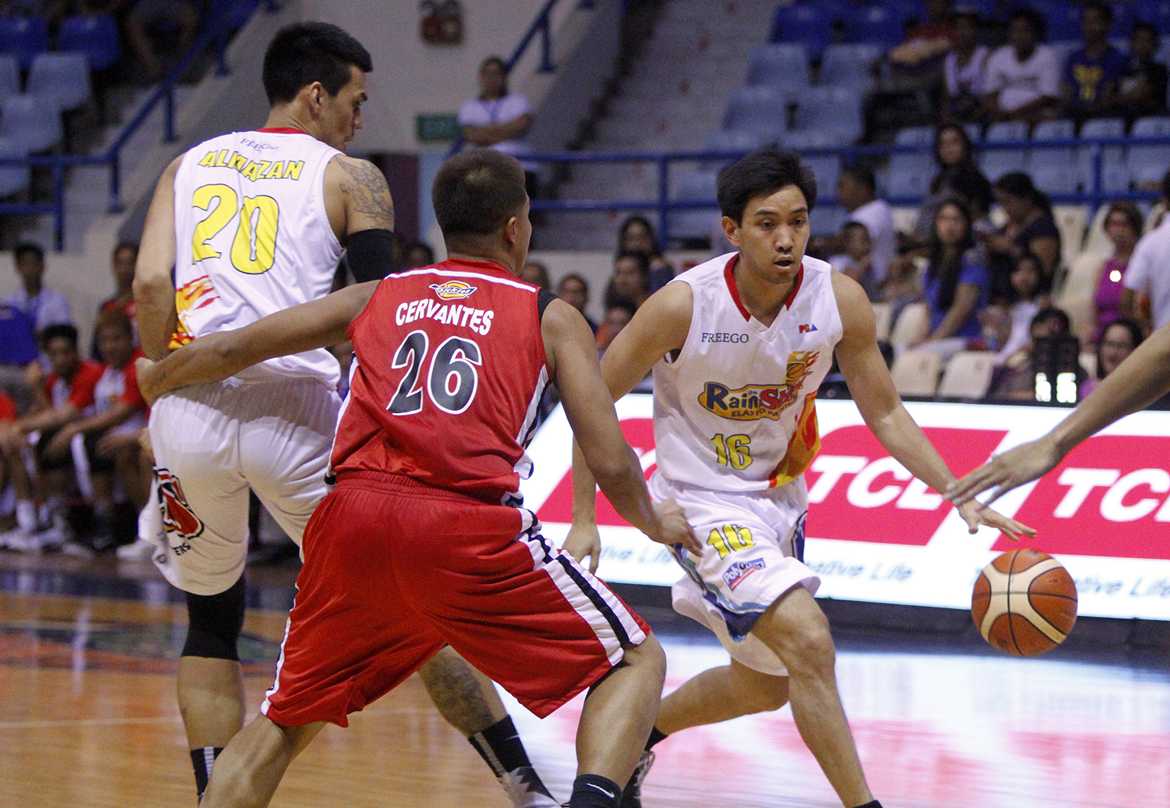 The Rain or Shine Elasto Painters cruised to their first win streak of the 2016 Oppo PBA Governor’s Cup as they nipped the Blackwater Elite, 98-92, at the Ynares Sports Center in Antipolo City Friday evening.

Jeff Chan and Dior Lowhorn each had 20 points for ROS, while JR Quinahan chipped in 11.

The Elasto Painters threatened to widen their seven-point lead to start the third quarter. An 11-6 run, sparked by the inside game of Dior Lowhorn and JR Quinahan, opened a dozen-point cushion at 84-72.

However, the Elite countered and sliced the lead in their last run, as Reil Cervantes scored five of their team’s next seven markers. With three minutes left in the match, the Elite were able to make it a 2-point game and make the game hang in the balance.

Fortunately for Rain or Shine, a composed crew executed down the stretch, and JR Quinahan and Paul Lee made five straight free throws to restore an eight point lead late on. Blackwater’s run was stopped with a poor foul by Eric Dawson on a shooting Quinahan from downtown.

Paul Lee finished with 14 points and five assists off the bench for the Elasto Painters. Despite the win, Lee mentioned that they could not start as lackadaisically as they had in this match.

For the losing Blackwater crew, five players ended in double-figures, led by Carlo Lastimosa’s 20 from the bench. Dawson struggled on a 5/17 shooting with 14 points and 25 rebounds.

The Painters ended up making 10 more miscues in the second half, but managed to pile up more assists against Blackwater at 25-16. Rain or Shine converted on 9-for-26 from 3-point territory, making six more compared to a poor 3-for-17 clip from the Elite.