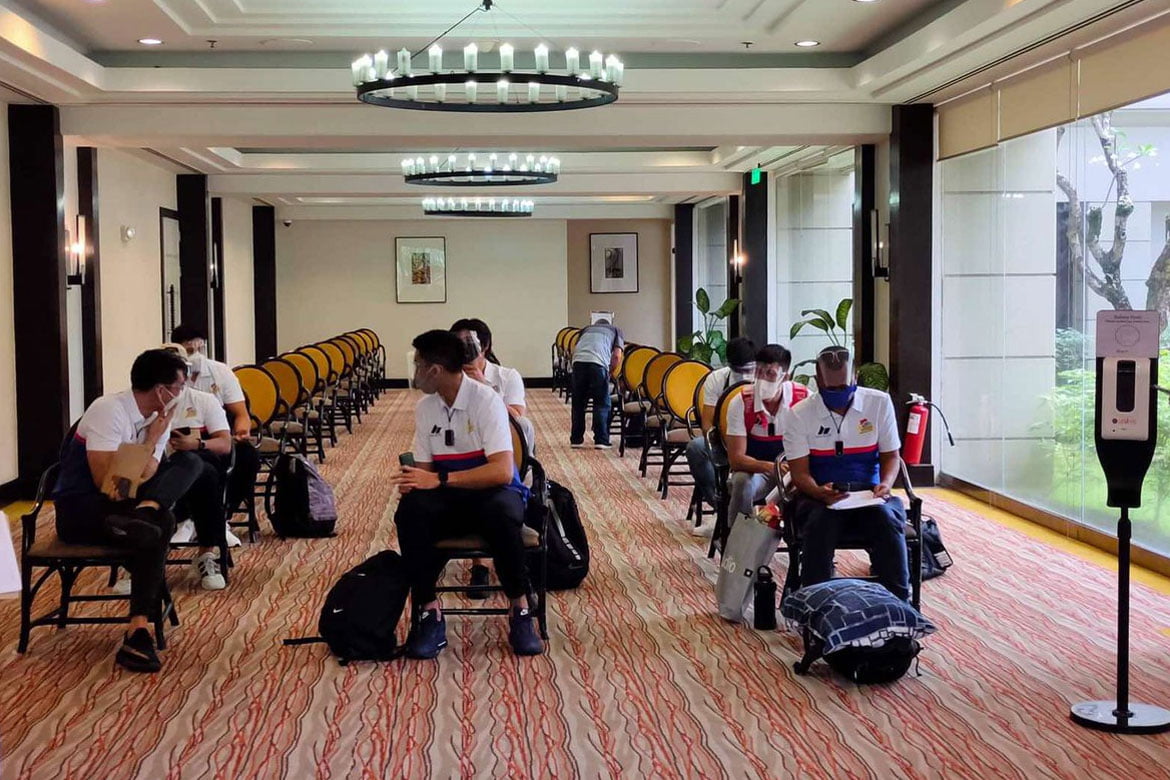 Magnolia was the first PBA ball club to arrive at Clark Monday as teams are now entering the bubble ahead of the Season 45 resumption.

The Hotshots are among the first batch of teams that will go to the former US military base, which will be the league’s home until December.

The other four squads — Meralco, Phoenix, Terra Firma, and TNT — are expected to arrive within the day. All teams are ferried to Clark via buses.

The remaining seven teams are set to arrive by Tuesday.

In a Twitter post by the league through its @pbaconnect handle, the Hotshots went through clinical check upon arrival at the Quest Hotel.

All teams are subject to be tested the moment they arrive at Clark, with the results expected to come out within 24 hours.

Teams will only be allowed to hold 5-on-5 scrimmages once the results come out negative.

Magnolia will carry over its 0-1 record in the resumption of the Philippine Cup, which it got from its opening day loss to San Miguel last March.

The Hotshots, now without the retired PJ Simon, are keen to make waves in the all-local meet anew — the lone conference of Season 45.

Hungry indeed is the storied franchise as it had settled for a bridesmaid finish in the last two Philippine Cups behind the reigning, five-time champs in SMB.

The season returns in Oct. 11