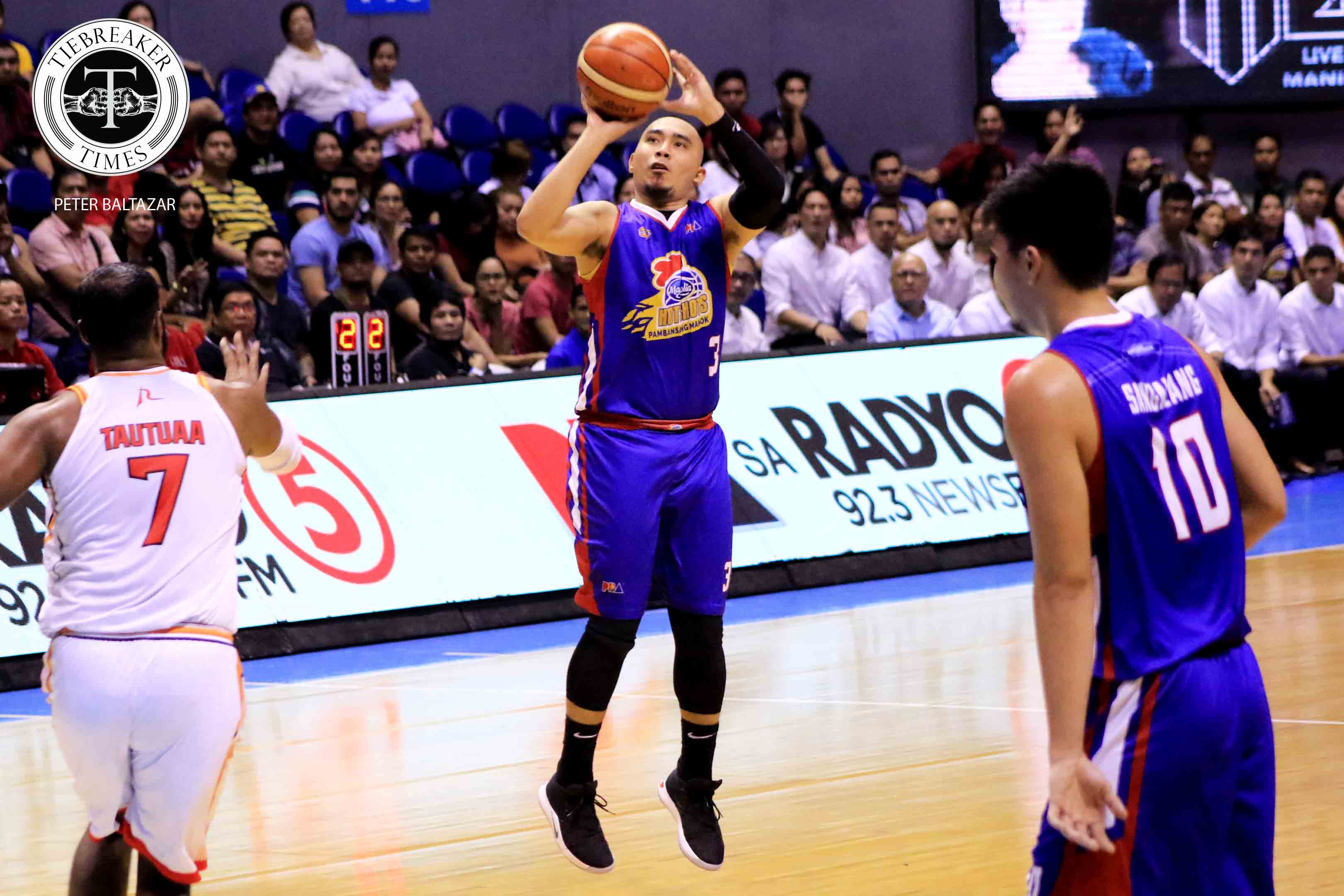 Coming off a loss to the Barangay Ginebra last Sunday, the Magnolia Hotshots redeemed themselves by defeating NorthPort Batang Pier, 103-90, in the 2019 PBA Philippine Cup Wednesday at SMART Araneta Coliseum.

The win improves the Hotshots’ record to 4-5. They have now forged a three-way logjam with the NLEX Road Warriors and the Alaska Aces in the sixth spot of the team standings, while sending the Batang Pier to their sixth straight loss.

The Hotshots were actually down by 10, 69-79, with less than four minutes left in the third quarter. They immediately responded, though, and unfurled a 16-3 scoring spree to take an 85-82 lead with 9:21 remaining in the final chapter.

NorthPort were able to knot the game at 89-all approaching the last six minutes of the match. Magnolia then replied with an overwhelming 10-1 run – capped by a Melton triple – en route to a 10-point lead with 1:34 left to ice the game.

“It’s all about our defense in the second half. Sa locker room, I told them if we don’t play D, we will lose this game,” said Victolero, as the Hotshots limited the Batang Pier to an all-time franchise-low eight points in the final frame.

Sean Anthony led NorthPort with 22 points and eight rebounds in the loss that dropped their card to 2-6.

Magnolia will look to get going versus the Blackwater Elite on Friday, March 22, at the Ynares Center in Antipolo City. On the other hand, NorthPort aim to keep their playoff hopes alive versus the TNT KaTropa this Sunday, March 24, still at the Big Dome.

Chot Reyes assures Yeng Guiao: ‘Whatever help he needs, I’ll give it’

If blocking is what Ateneo needs, Maddie Madayag is always willing to provide