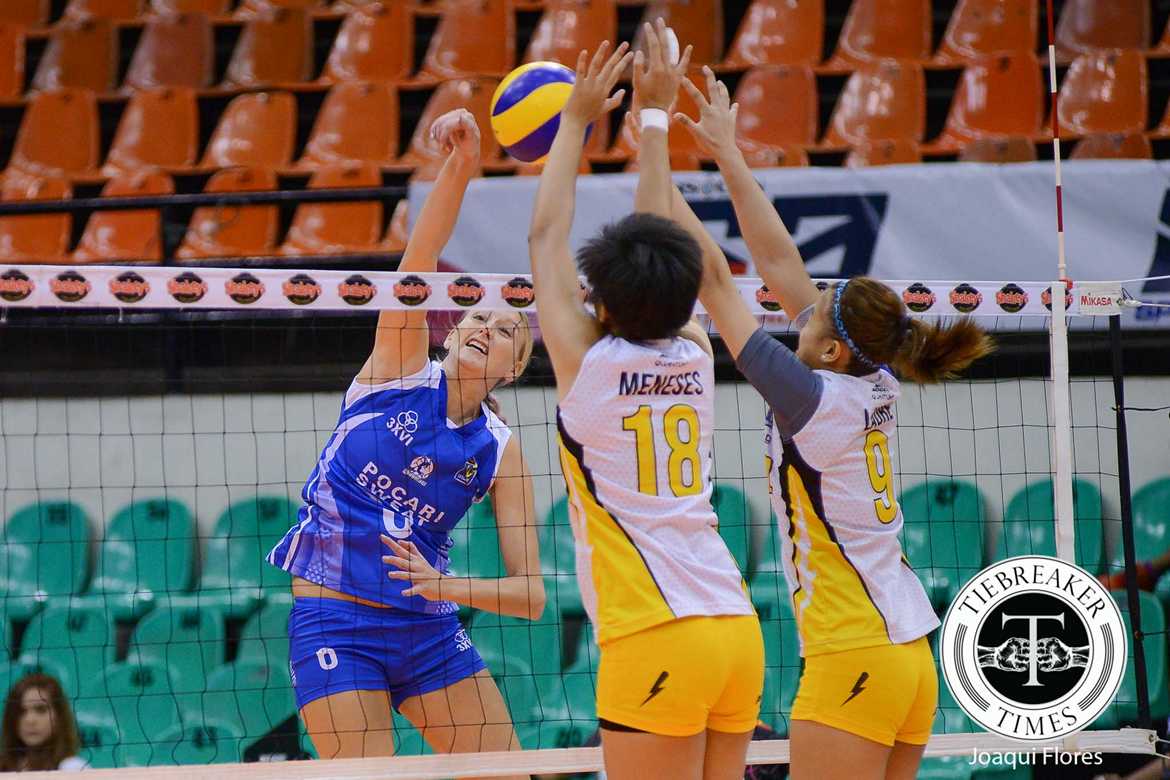 American open hitter Breanna Mackie knew what she was getting into when she first signed up to be the reinforcement for the Pocari Sweat Lady Warriors.

Pocari Sweat won their first-ever franchise title in the 2016 Shakey’s V-League Open Conference after transferring leagues. Being one of the few teams that have imports in the Reinforced Conference and having an almost intact lineup, Pocari Sweat was tagged as a title favorite.

Now that Pocari Sweat made it to the Finals after sweeping UST in the semifinals, Mackie now has the back-to-back tiaras in sight.

“I’m just happy, a win is a win, We definitely learned about ourselves and UST put up a great fight and we needed that statement win and now we just need to rest for the next match,” she said.

“We have a pretty strong past, but whoever is in the finals it’s gonna be a big strong and tough fight.It’s gonna be tough it could go in three games, but it’s gonna be really good I’m excited to play in the Finals.”

Whoever ends up meeting Pocari Sweat in the Finals, either Bali Pure and Bureau of Customs, Mackie and the Lady Dubs are bracing  themselves for a tough challenge.

“It’s all good pressure, all good nerves, the best team will win. I just prefer the best team I don’t wanna play you know, third or fourth place team,” the 6-foot-3 spiker said.

“I just wanna play who is supposed to be there in the finals so we can fight and see who’s number one.”

Valdez relieved to finally get one against Bali Pure, braces for Game Three