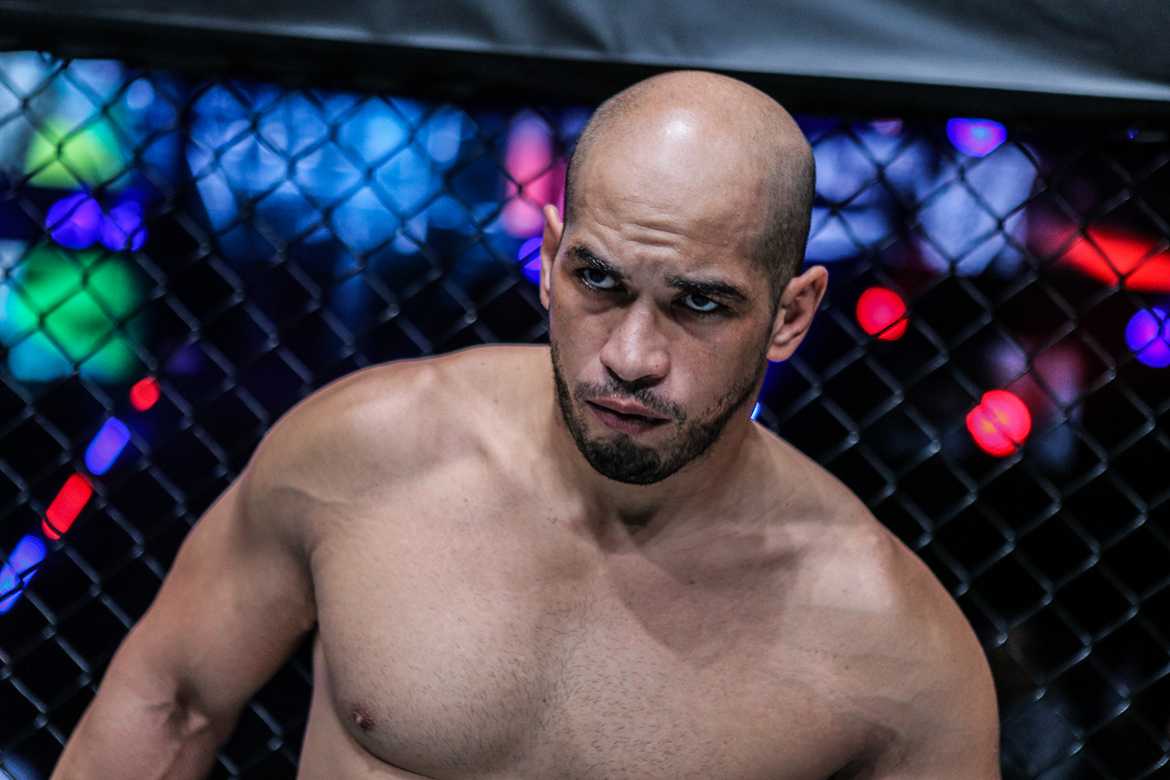 After months of trying to find a suitable challenger for ONE World Heavyweight Champion Brandon Vera, a competitor finally emerged on Saturday evening.

Brazilian heavyweight Alexandre Machado has been named as the number one contender for Vera’s crown, after making Cameroonian Alain “The Panther” Ngalani quit at the Cotai Arena in Macau, China.

The Panther’s power was in full display all throughout the first round of the bout, and was only stopped by the ground game of the Brazilian jiujitsu expert. During the final 40 seconds of the round, Ngalani, who defeated former URCC Heavyweight Champion Igor Subora last November, was able get around Machado, and showered him with hammerfists. However, Machado defended well, eventually rocking Ngalani with a combination to close out the round.

Ngalani, battered and tired, almost did not get up from his stool during the round interval. When he did, the Brazilian dragged down the Hong Kong resident. As he was taken down, the Cameroonian immediately tapped out even before Machado landed a punch.

With the win, Machado (8-2) will now face Filipino-American Brandon Vera for the ONE World Heavyweight Champion as the main event of ONE Championship’s Manila show on December 2, 2016, at the SM Mall of Asia Arena in Pasay City.

READ  Brandon Vera excited for possible match-up vs Buchecha
Related Topics:Alexandre MachadoBrandon VeraONE Heroes of the World
Up Next