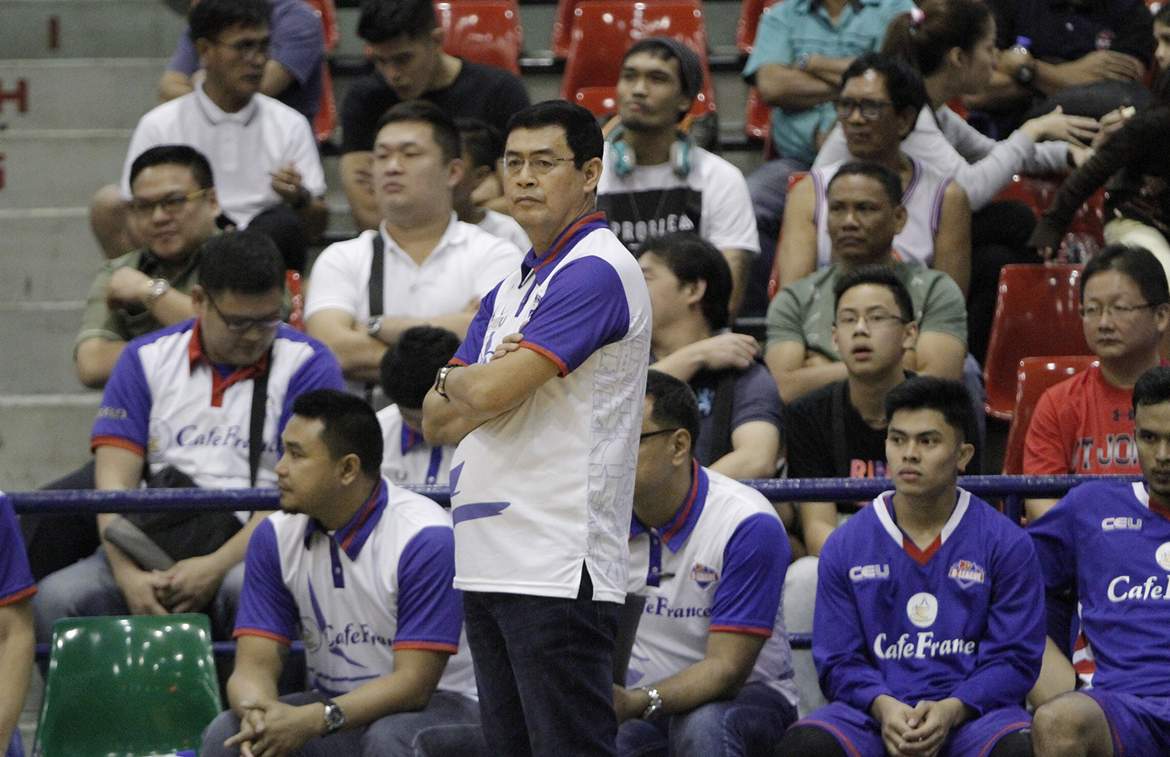 The Café France-CEU Bakers have every reason to sulk about Tuesday’s 88-86 heartbreaker to the Racal Tile Masters in Game One of their 2017 PBA D-League Aspirants’ Cup semis series, but head coach Egay Macaraya just looks at its silver linings.

“I guess this loss will make us a better team,” said Macaraya moments after the tiff at the Marikina Sports Center.

During the tiff, the Bakers had chances, even leading 77-70. However, a furious Racal rally wiped out their advantage, and it became a tooth-and-nail affair down the stretch.

Rod Ebondo tried to save Café France once more, as his go-ahead triple off a broken play put his team ahead, 86-85, with 1.9 ticks to go. But Racal’s Sidney Onwubere stole his thunder as he hit a game-winning triple at the buzzer.

But despite what transpired late in the game, Macaraya still remained upbeat, saying that he placed more importance in the fact that his wards had managed to go head to head with the more veteran-laden Racal right until the end.

“That’s the good thing about it. We’re very proud because even if we’re a young team, the boys fought well,” Macaraya said.

“Kulang lang talaga. That’s part of the game. They got the breaks right now.”

But if there is one negative takeaway for Café France, Macaraya admitted that it is his heavy usage of Ebondo, who has been carrying the load for the Bakers over the past few games, extending from the latter part of the eliminations.

And for Game 1 alone, the foreign reinforcement lifted Café France with a game-high 30 points on 8-of-12 shooting from the floor, to go along with 13 rebounds and four blocked shots in the 36:58 minutes he saw action.

“I told the boys that we cannot [always] play Ebondo because Ebondo is not Superman. Ebondo will always be a problem inside but hey, ganun yung team ko ngayon, wala akong pamalit eh,” lamented the 51-year-old mentor.

“We will just try to do better next time and hopefully, positive things.”

With Game Two coming at less than 48 hours, the San Sebastian Stags coach hopes that his Bakers will be able to pull up and extend the series to a do-or-die tilt.

“I told them that this loss doesn’t mean anything for us, but it will always be a lesson to be a better team. We will bounce back, focus on our concerns and mistakes, and hopefully, bounce back on Thursday, so just enjoy and relax,” said Macaraya. 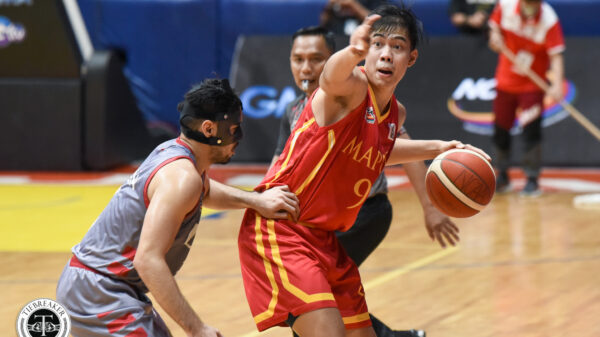 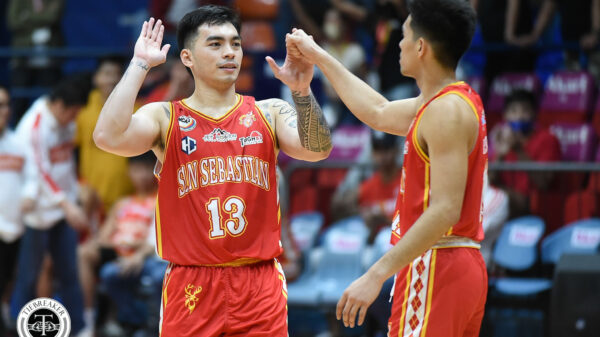 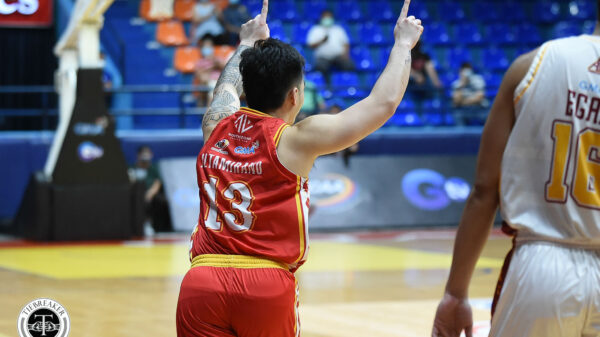 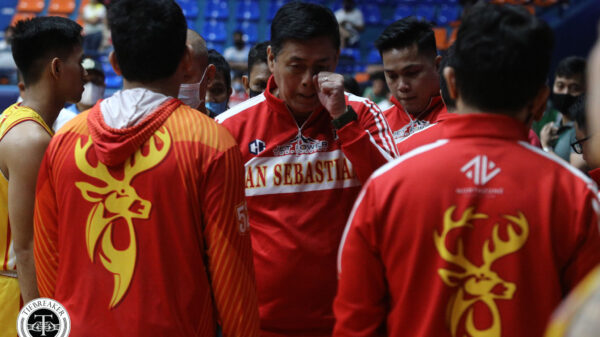 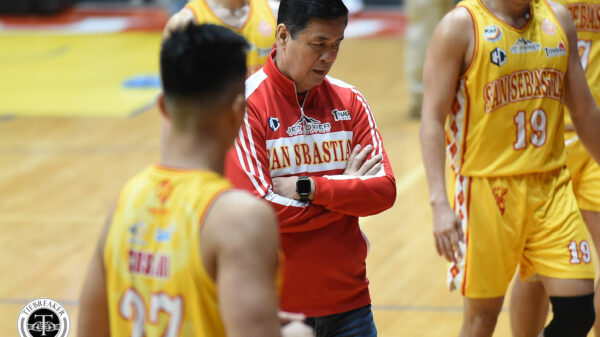 San Sebastian College-Recoletos is now out of the final four race of the NCAA Season 98 Seniors Basketball Tournament after an 83-78 loss to... 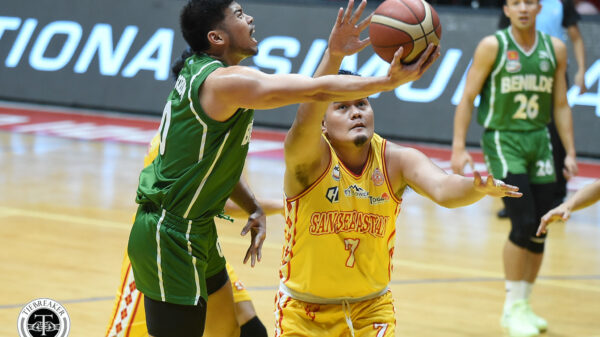 San Sebastian College-Recoletos head coach Egay Macaraya was left fuming after a “request” of his led to his ejection during their NCAA Season 98... 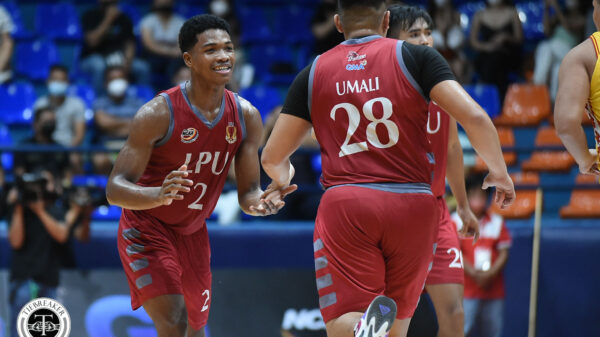