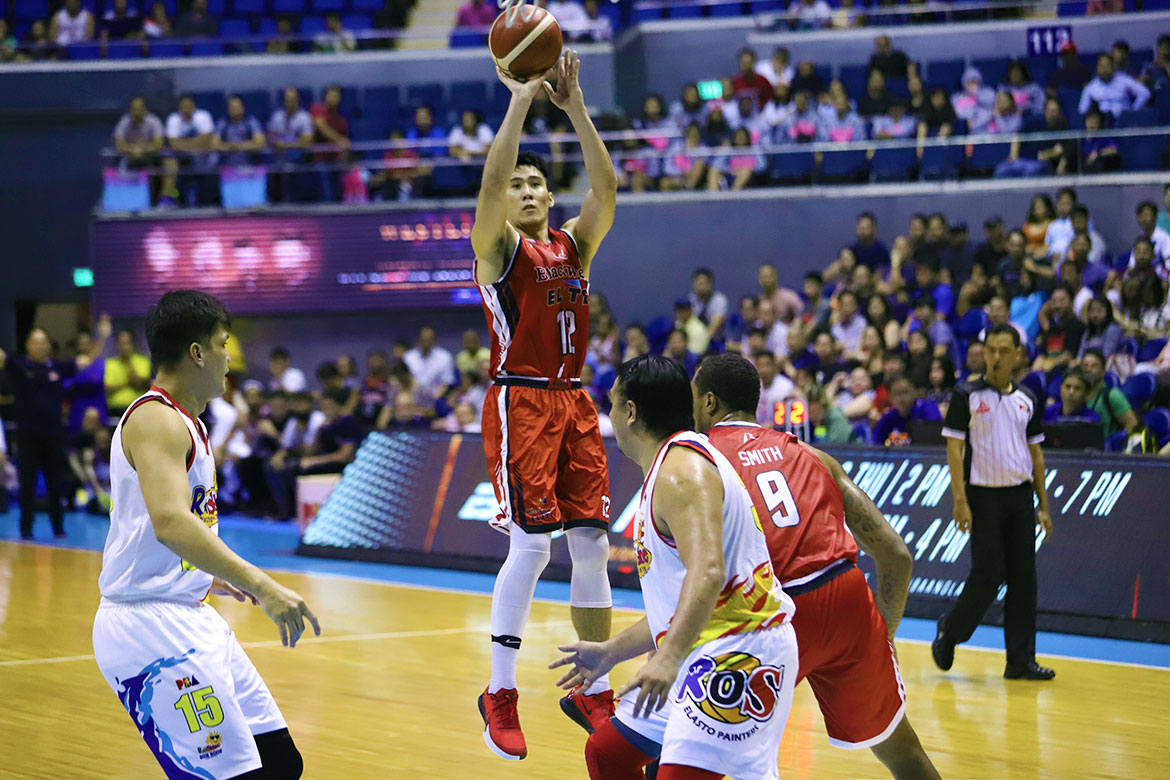 Mac Belo did not want to go on an early vacation.

His Blackwater were down seven to Rain or Shine with 1:46 remaining in Game Three of their 2019 PBA Commissioner’s Cup quarterfinals. The third-year forward then did his best to will the Elite back.

Reliving his Far Eastern University days, when he was known as a clutch player, Belo drained back-to-back three-pointers to tie the game up at 83-all with 35.9 seconds to go.

Unfortunately, Rey Nambatac spoiled all their efforts. The sophomore nailed the go-ahead jumper with 18.5 ticks left. The Elasto Painters then stopped the Elite from tying the game again.

The cager from Midsayap, North Cotabato has always been vocal about his desire to make it into the semis, since he hasn’t reached that stage yet in his young professional career.

Unfortunately, Belo and Blackwater will have to wait yet again for that time to come.

Still, Belo is holding his head high even if the defeat stings. The 26-year-old is sticking to the positives of their campaign, including clinching the third seed for the first time in team history.

“Lesson learned ‘to para sa’min coming into the next conference.”