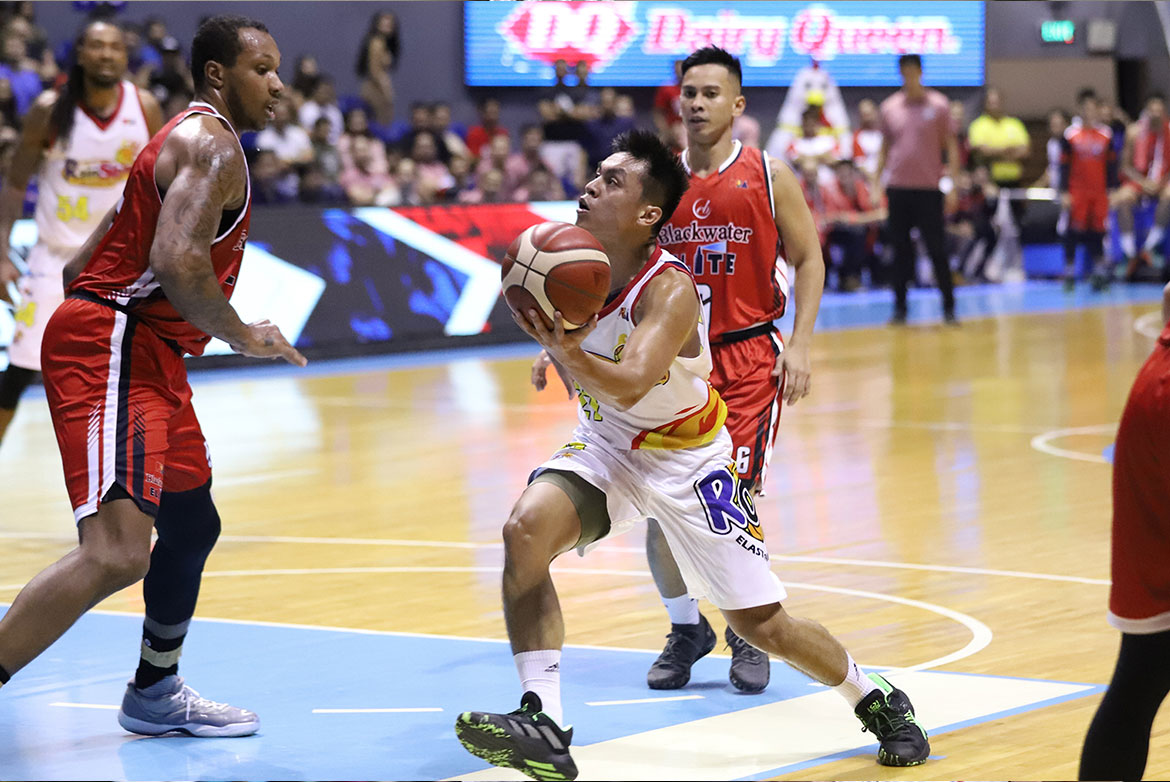 Thanks to Rey Nambatac, Rain or Shine turned back the Blackwater Elite, 85-83, in their quarterfinal rubber match to complete the 2019 PBA Commissioner’s Cup semifinals cast, Wednesday night at the SMART Araneta Coliseum.

The sophomore guard led the Elasto Painters’ 17-2 rally that turned an eight-point deficit to an 82-77 lead with 1:46 to go in the final frame. He then sank the go-ahead jumper with 18.5 ticks left to give his side the lead for good.

Nambatac finished with a game-high 21 points, on top of four rebounds, four steals, and two assists.

Another member of the Elasto Painters’ youth brigade, Javee Mocon, made his presence felt in the victory as well. He produced all-around numbers of 15 points, seven rebounds, six assists, and a steal in over 36 minutes of play.

Mac Belo had 16 points, five rebounds, two steals, two blocks, and an assist to set the pace for Blackwater.

Belo’s last six points came from back-to-back three-pointers, which enabled the Elite to tie the game up at 83-all with 35.9 seconds left to play. But then, it all went for naught as Nambatac nailed the elbow jumper just seconds later.

READ  Columbian Dyip continue to have Rain or Shine's number

With the win, Rain or Shine will meet the San Miguel Beermen in the semis – their first semifinal meeting since the 2016 edition of the same conference. Their best-of-five series starts this Saturday, July 27, still at the Big Dome.