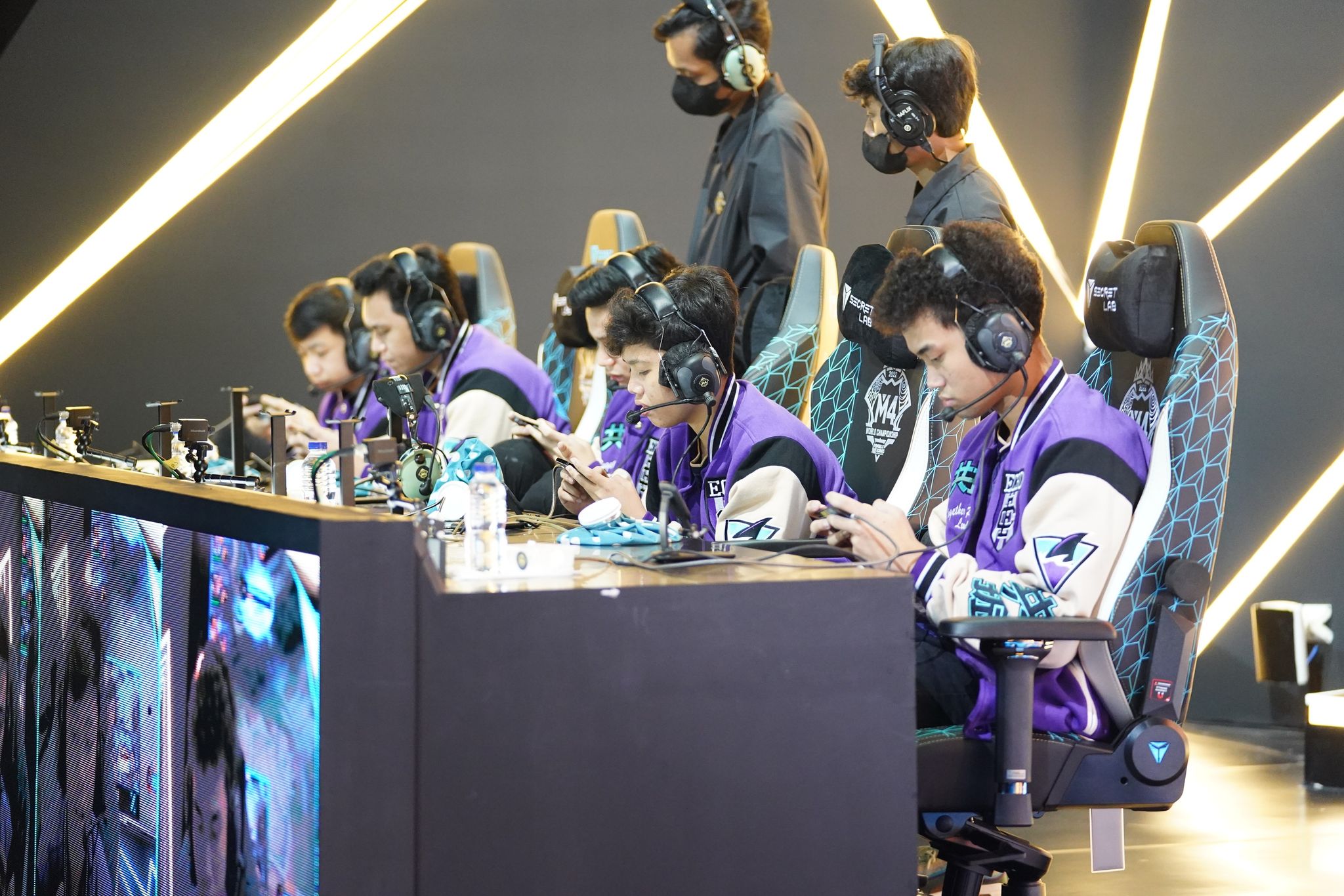 With Game One heading the distance, Bennyqt (Karrie) turned to ECHO’s patented backdoor play entering the 24th minute while the rest of his squad held off the Malaysian contingent near the bottom Lord pit.

Poh “Panda” Wai (Irithel) and Muhammad “Garyy” Syafizan (Dyroth) tried to defend but it was already too late as Bennyqt already chipped out more than half of Team HAQ’s base.

Bennyqt finished with 11 kills, three deaths, and three assists in the 24-minute match while Karl “KarlTzy” Nepomuceno (Grock) added a game-high 13 assists to go along with a kill and three deaths.

Game Two went faster than the first with ECHO luring Team Haq near the bottom Lord pit during the 11th minute before eventually securing a four-man wipe that ended the match.

Alston “Sanji” Pabico (Kadita) and Sanford “Sanford” Vinuya (Grock) were the stars of the clash, setting up the game-ending play for ECHO but it was once again Bennyqt who stood out the most with 10 kills, a death, and four assists in the 12-minute match.

Down 0-2 in the series, Team HAQ leaned on Garyy’s Joy, who finished with five kills and four assists without a death in Game Three, as they try to turn the series around with a huge 15-14 win in 16 minutes.

The Malaysian squad continued its surge in Game Four, averting a potential comeback attempt by the Bennyqt-led ECHO. Garyy (Ling) and Panda (Claude) even took a page out of the Philippine squad’s playbook and initiated a match-ending backdoor play to equalize the series.

ECHO finally got over the rut in Game Five as they dominated Team HAQ, 11-4, in just almost 11 minutes of game time. Sanji led the way on his Yve with five kills, a death, and four assists.

The ECHO-ONIC Esports upper bracket semis showdown will be on Thursday at 7:00 PM.