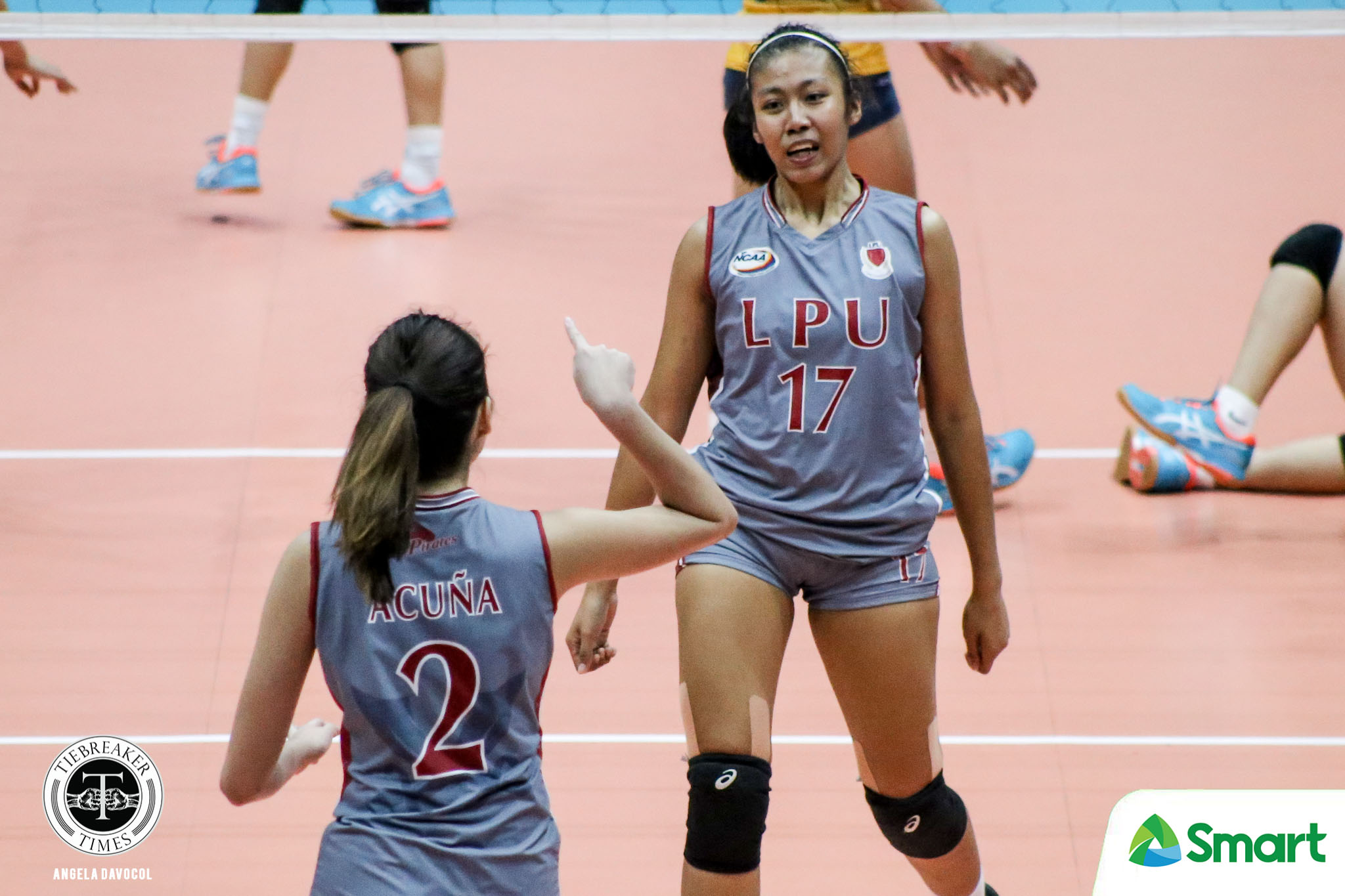 After a sorry loss to Saint Benilde last week, Lyceum of the Philippines University vented its ire on Jose Rizal University, 25-23, 25-19, 25-23, to take its maiden win in the NCAA Season 95 Women’s Volleyball Tournament, Saturday at the Filoil Flying V Centre.

Middle blocker Mary Joy Onofre paced the Lady Pirates to a 1-3 win-loss record with 15 points, five of which came from blocks.

Two straight errors from Jonazel Egera sealed the Lady Bombers’ demise after a great defensive stance from the Pirates eventually clinched the match.

Lyceum threatened to end the game early after leading 17-9 in the third set, but JRU retaliated with eight points to level the frame. Another deadlock ensued at 23-all before the Lady Pirates snagged the win.

The Lady Pirates hammered 41 points on attacks against the Lady Bombers’ 28. They also edged out the latter 10-6 on blocks and 7-3 on serves. Lyceum, however, committed 28 errors that kept JRU in the game.

Dolly Versoza ended with 12 points for the Lady Bombers, who slid to their straight defeat at 1-3.

Lyceum will battle winless Emilio Aguinaldo College (0-3) on Tuesday, January 28 at 12 p.m. Meanwhile, JRU will try to bounce back against the same team, two days after on Thursday, January 30 at 2 p.m.