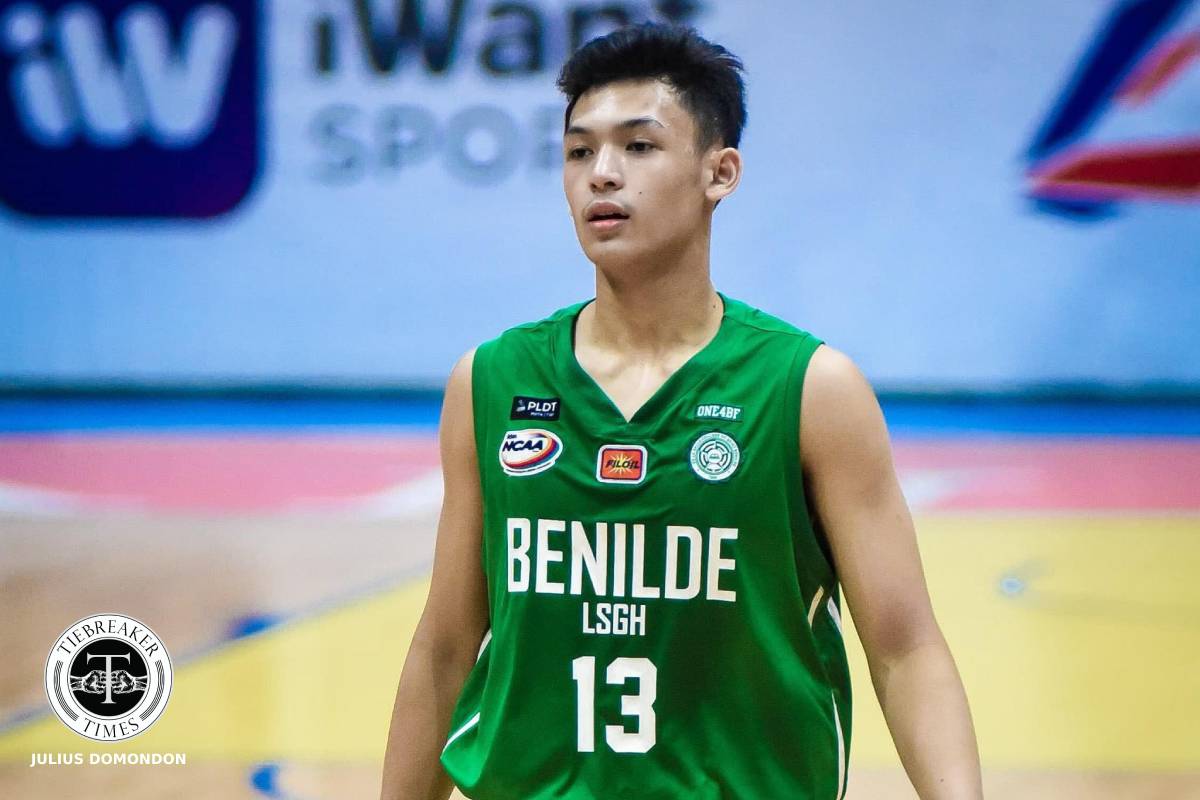 Jcee Macalalag has decided to remain with the green side, committing to La Salle.

Rappler was the first to report the development, which Macalalag himself confirmed.

For the 18-year-old Greenie, the decision to stay within the La Salle system was because of the school’s academics and athletics programs.

“I’ve been with LSGH for five years and they’ve helped me in so many ways,” he told Tiebreaker Times. “Kaya po I’m so thankful to my teammates most especially to my coaches and managers po na di po talaga kami pinabayaan despite the pandemic that’s why I really owe them a lot.

“Given po sa opportunity na magstay sa green side, I know very well that they take good care of their players kaya I had no doubts of staying.

“Given that the academics and basketball program offered at DLSU are excellent, it’s always been my dream to play po for La Salle and finish my studies there. That’s why I continued to stand firm in upholding my commitment with La Salle when I was recruited po by Manong Derrick [Pumaren]. He plans on giving me a chance po to play as shooting guard or small forward which are also my positions in LSGH,” he continued as he will take up Civil Engineering.

The 6-foot-2 swingman also had offers from San Beda, University of Santo Tomas, National University, and College of St. Benilde.

Before moving to LSGH, Macalalag made his name in Colegio San Juan De Letran Calamba.

Macalalag was also invited by Sandy Arespacochaga to Gilas Youth’s pool late in 2019.

“I know in myself that I’m very disciplined po, even outside of the court and also well-driven. So whenever I have a goal po, I really try po to make it happen. When it comes po to my playing style, siguro mas defensive player ako but at the same time I can contribute to the team rin offensively,” said the Lumban, Laguna native.

“I’ve always looked up to Lebron James, I admire his intellectual skills pag dating sa games, difference is I am more of a defensive player.”

“I hope that I will be able to make a difference for the team and play for DLSU with all my heart and with pride. I look forward to contributing to their continued success.

“Actually all my coaches, Jacob Manlapaz, Aaron Umlas, Andrew Estrella, Gelo Vito and Junkay De Guzman, managers Andoy Reyes, Rengie Galvez and Nilo Pacheco, and teammates were all part of this humble journey, they‘ve helped me to better myself in basketball. Si Coach Karl Santos he was the first one po na nagbigay ng opportunity sakin to shine and I’d forever be grateful to him because I really learned a lot from him ever since he got me to play for LSGH,” he expressed.

The 2019 Smart City Hoops Under-19 Mythical Five awardee can play five seasons for La Salle in the UAAP since he is coming fresh out of high school.

#ReadMore  It’s all about points, not vengeance for suffering Global-Cebu

While the situation is fluid thanks to the COVID-19 pandemic, there are reports that state that the UAAP hopes to commence its season in the first quarter of 2022.

Regardless of whenever the actual start may occur, Lasallians will know that Macalalag looks forward to leaving everything on the floor for them.

“Yes po, because if the season pushes through, hopefully, then I actually already am eligible since I’d be in my first year when the time comes, but that would also depend on the coaching staff if they think I’m ready na po and would be more useful for the team,” he said.

“I promise na mas sipagan po, to trust the system and plans of our coaches, and most importantly to play with heart and pride for La Salle.”