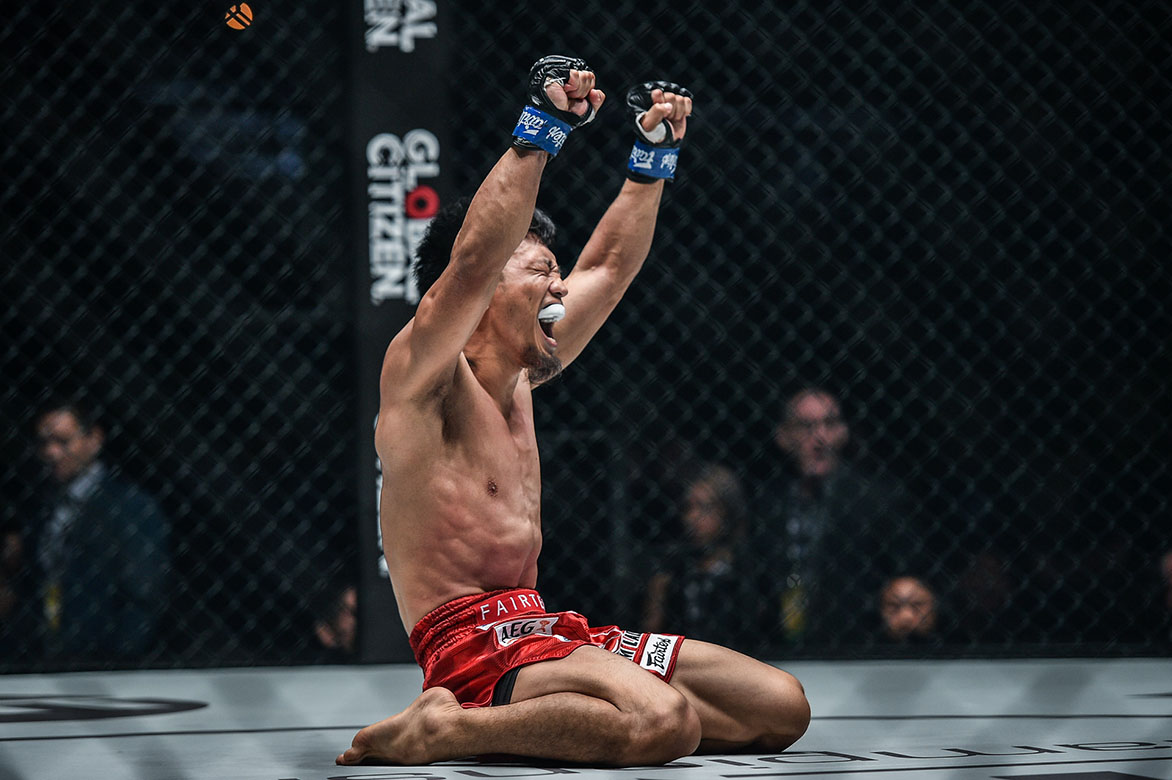 There’s a new kid in town in the ONE Championship strawweight division — a “Thunder Kid”, to be exact.

Lito “Thunder Kid” Adiwang made good on his promise to make his debut one to remember, scoring a first-round TKO win over Senzo Ikeda at ONE: Century Part I on Sunday, October 13, at the Ryogoku Kokugikan in Tokyo, Japan.

“I feel very happy. I know he’s a tough opponent — he’s a hometown hero. But I was here to win and I prepared hard, so I came and I conquered,” Adiwang said.

“My message to the division is, ‘There’s a new kid in town. The hype is real.’”

Expecting the unexpected against the grizzled Japanese vet, the match eventually went to the ground — a surprising scenario considering both men’s willingness to strike.

The moment things turned into a grappling contest was the turning point for “Thunder Kid”, though. He then locked on the Americana to eventually injure Ikeda’s elbow.

“I was reading his tactics because I know he was ready to counter my strikes,” Adiwang shared.

“I was looking at how he’ll react with what I’ll do. He shot for a takedown and thankfully, I got the submission. I kept on telling the referee that his arm is broken, but Senzo was saying ‘no’ that’s why it took long.”

Ikeda’s resilience was in full-display as he never submitted to Adiwang, ultimately forcing the referee to stop the contest .

“He was really a warrior. His fighting spirit is something else,” the Team Lakay athlete said.

“But that’s what I expected from him. I needed to put him to sleep or break something [to win].”

With a rousing debut behind him, the 26-year-old is now on the lookout for what comes next, and he is not picky with his options.

READ  The woman who supports Eduard Folayang through thick and thin

“I’ll face anyone. I’m here to take on all my bouts. I want to become a World Champion in ONE,” Adiwang said.

“Anyone given to me, I’ll accept, and I’ll prepare for it.”

Lito Adiwang Stuns Senzo Ikeda In Round One

Subido, Paraiso made sure to take charge for UST