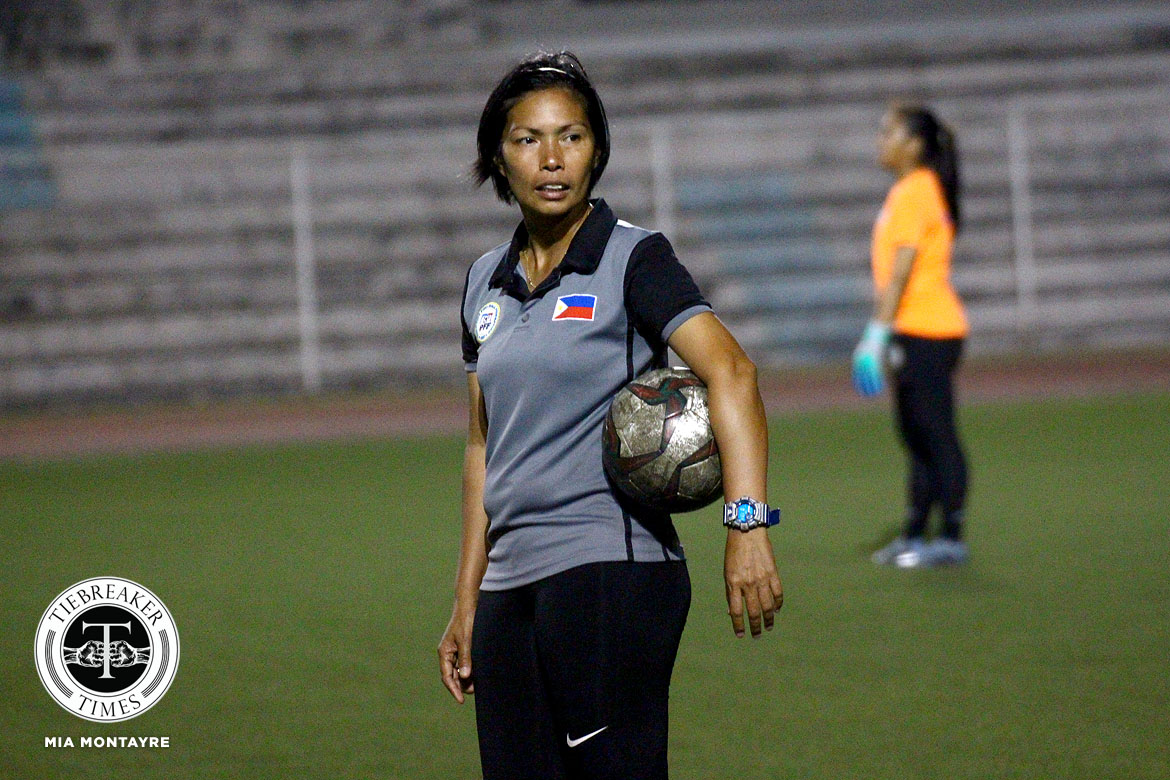 The Philippine Women’s National Football Team ended their Olympic qualification bid when the team failed to top their group in the second round of qualifiers, but the campaign has been deemed a success by head coach Let Dimzon.

“It was a good experience for us. I think the level of the national team now has risen after winning against a higher-ranked Iran and a big win against Palestine,” said Dimzon.

The Philippines battled and won against Iran (2-0) and Palestine (7-0) before capitulating against Chinese Taipei (2-4) resulting in 6 points. Chinese Taipei having won all their matches are through to the next round with their 9 points.

“The loss to Chinese Taipei was heartbreaking but I think if you compare the result from last year to the performance of the team this year against them, it shows that there has been a lot of improvement.”

The Pinay mentor was referring to the 5-0 drubbing by Chinese Taipei in the first round of qualifying which has now been reduced to a 2-goal loss. The Philippines initially had a 2-0 lead in their recent encounter until the East Asians found their second wind.

“If we were able to hold that game, I think makukuha namin yung game na yun. Even maka-draw man lang sana, we would have had a chance qualifying to the next round,” Dimzon added, maintaining that she has no regrets and will instead focus on the team’s next campaigns.

The Filipina booters will reassemble again soon for this year’s AFF Women’s Championship hosted by Thailand in August and are grouped with the hosts as well as Malaysia, Singapore and Timor-Leste. The tournament will give Dimzon a good gauge for the Southeast Asian Games which the country will host in December.

For Dimzon, the earlier and longer the preparation, the better. Enough time for the locally based players to adapt and grow their game especially those who already have international exposure. At the same time, Dimzon is also reliant on overseas-based players and hopes they can be called up ahead of time.