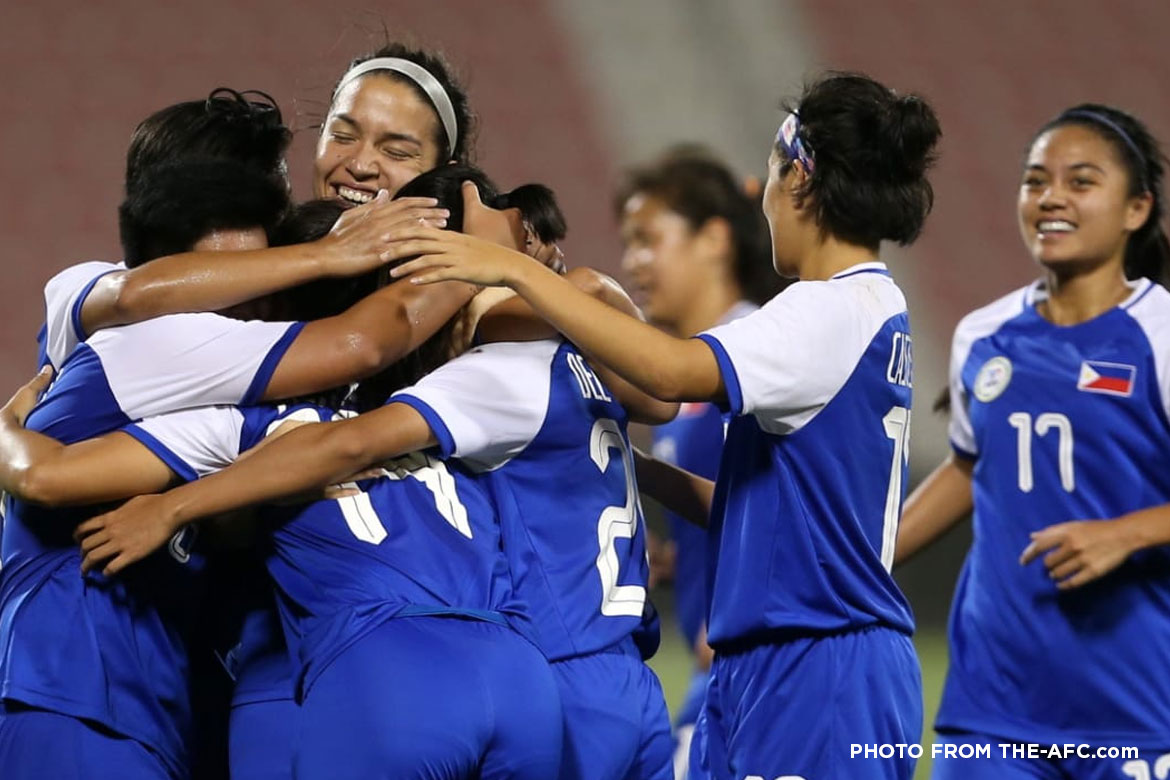 The Philippine Women’s National Football Team got off to a great start to the second round of the Olympic Qualifiers with a 2-0 victory over Iran.

The Pinays were tentative for most of the first half, which enabled Iran to dictate possession. The ladies in blue then regrouped at half-time and stunned their Central Asian counterparts with two early second-half goals.

Hali Long headed an Eva Madarang long throw-in towards goal in the 47th minute, but missed. Then Joyce Semacio exploited an Iranian defender’s frantic clearance, and executed a brilliant volley that looped over the goalkeeper for the Philippines’ first goal of the round.

Iran was suddenly desperate, as momentum shifted to the other side of the field. Fortunately, Inna Palacios made some acrobatic saves to keep the hijab-clad ladies scoreless until full-time, nabbing a tenth career international cleansheet in the process.

The Philippines now share 3 points with Chinese Taipei, who lead slightly at the top of the table on goal difference. The Filipinas will face them next on Saturday, April 6 at the Grand Hamad Stadium in Doha, Qatar 8:00 p.m. local time (Sunday, April 7, 1:00 a.m. Philippine time.)