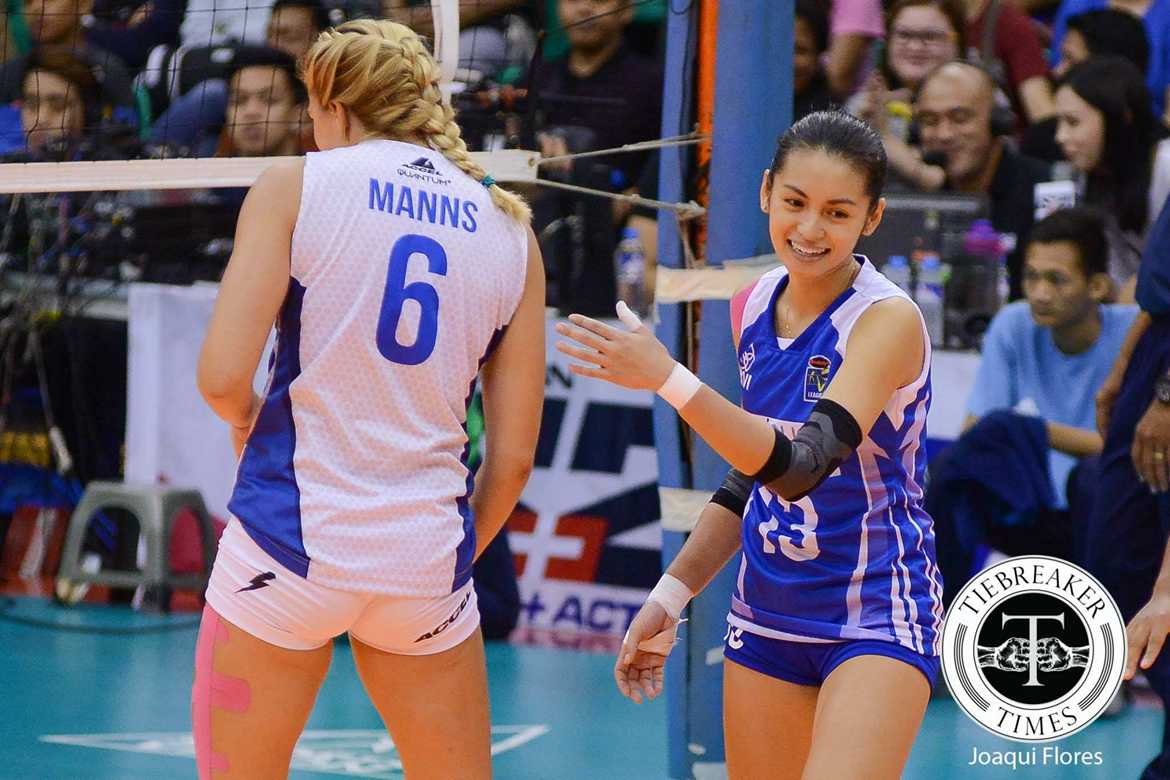 It was another tough semifinals exit for the Bali Pure Purest Water Defenders yesterday.

Just like in the Open Conference, Bali Pure snatched Game One only to fall short in Games Two and Three of their Reinforced Conference series to fall short of the goal. But this loss hit much closer to home, as their defeat had come at the hands of their former-captain-turned-Bureau of Customs ace Alyssa Valdez.

For Bali Pure’s libero and Valdez’s longtime teammate Denden Lazaro, she knew the two-time SVL MVP would find a way to keep her team alive in the series.

“Alyssa’s a winner. She always has that mentality and that’s what’s great about her,” the decorated defensive specialist admitted.

When it came to her team, Lazaro felt that they were up to task mentally. It was their physical conditioning that had failed them.

“We still had the heart for it, but yung physical conditioning din. Pagod na talaga. Isipin mo the same people that player in the fifth set played in the first four sets and wala naman masyadong nagpalitan sa amin.

The Water Defenders have no time to sulk, however, as they still have a best-of-three series for third place against the University of Santo Tomas, which begins on Saturday at the PhilSports Arena.

“We’re just going to remain positive because that’s what got us here; just always looking at the bright side. I hope we can put a better fight against UST because there’s still third place for us to win.”

Schröck calls for more support ahead of Suzuki Cup