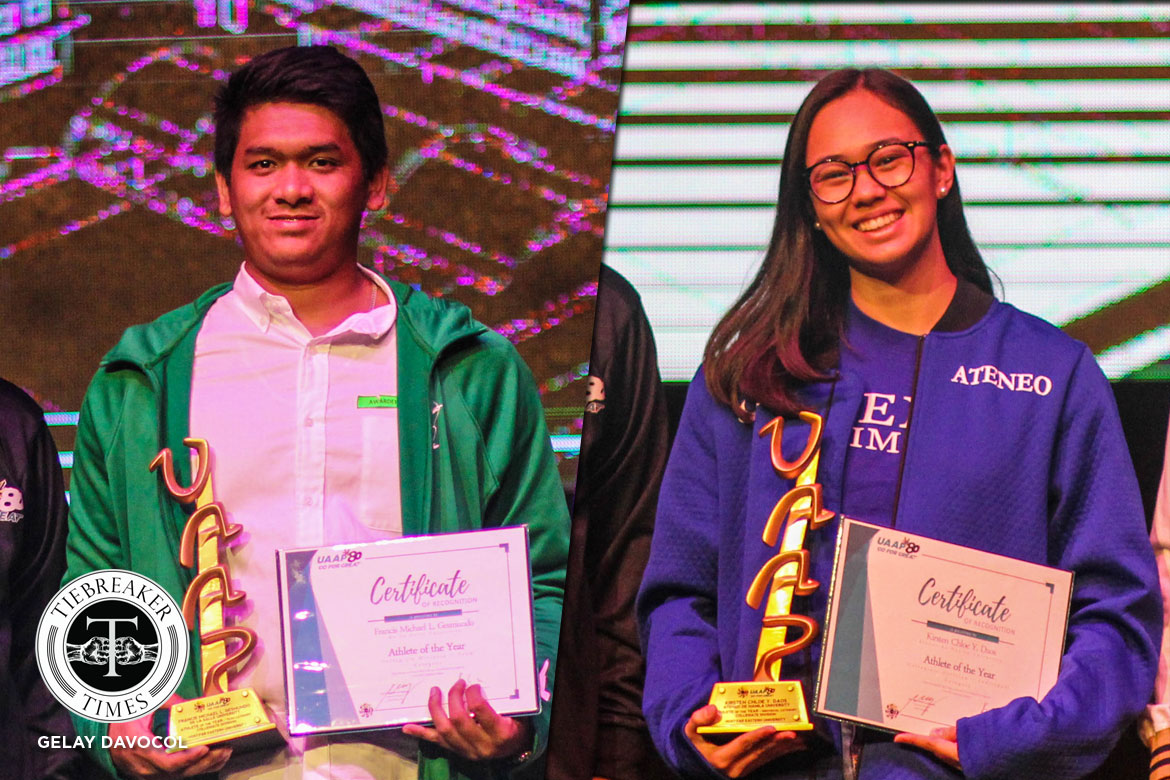 Kiko Gesmundo of the De La Salle University Baseball team and Chloe Daos of the Ateneo de Manila University Swimming team were feted as the athletes of the year for UAAP Season 80. The accolade was given on Wednesday afternoon at the Far Eastern University Auditorium.

Chloe Daos, a rookie from the Ateneo Women’s Swimming Team, immediately made an impact in the highly competitive swimming competition after earning both Rookie of the Year and Most Valuable Player honors.

In the competition held last October, the Immaculate Conception Academy product finished with gold medals in all of her solo butterfly events, and in all freestyle events except for one. Her contributions to her team boosted Ateneo to their third championship in four years.

Green Batter Kiko Gesmundo will enter his final playing year in Season 81 not only with an MVP award, but with an Athlete of the Year honor too.

This will only motivate him more to get the gold for his team next season after La Salle bowed to the eventual baseball champions, Adamson University, in the competition held last March.

On the other hand, Queen Tamaraw Bernadeth Pons may have fallen short of bagging an individual award in the volleyball season, but she finally had her share of individual award glory as she was given an UAAP Athlete-Scholar Award.

The award is given to student-athletes who have maintained excellent academic standing despite the pressures of keeping up with athletic duties.

The University of Santo Tomas once again bagged the general championship for the second consecutive year.

In the end of the closing ceremonies, the hosting duties were passed by the Far Eastern University to Season 81 hosts, the National University.