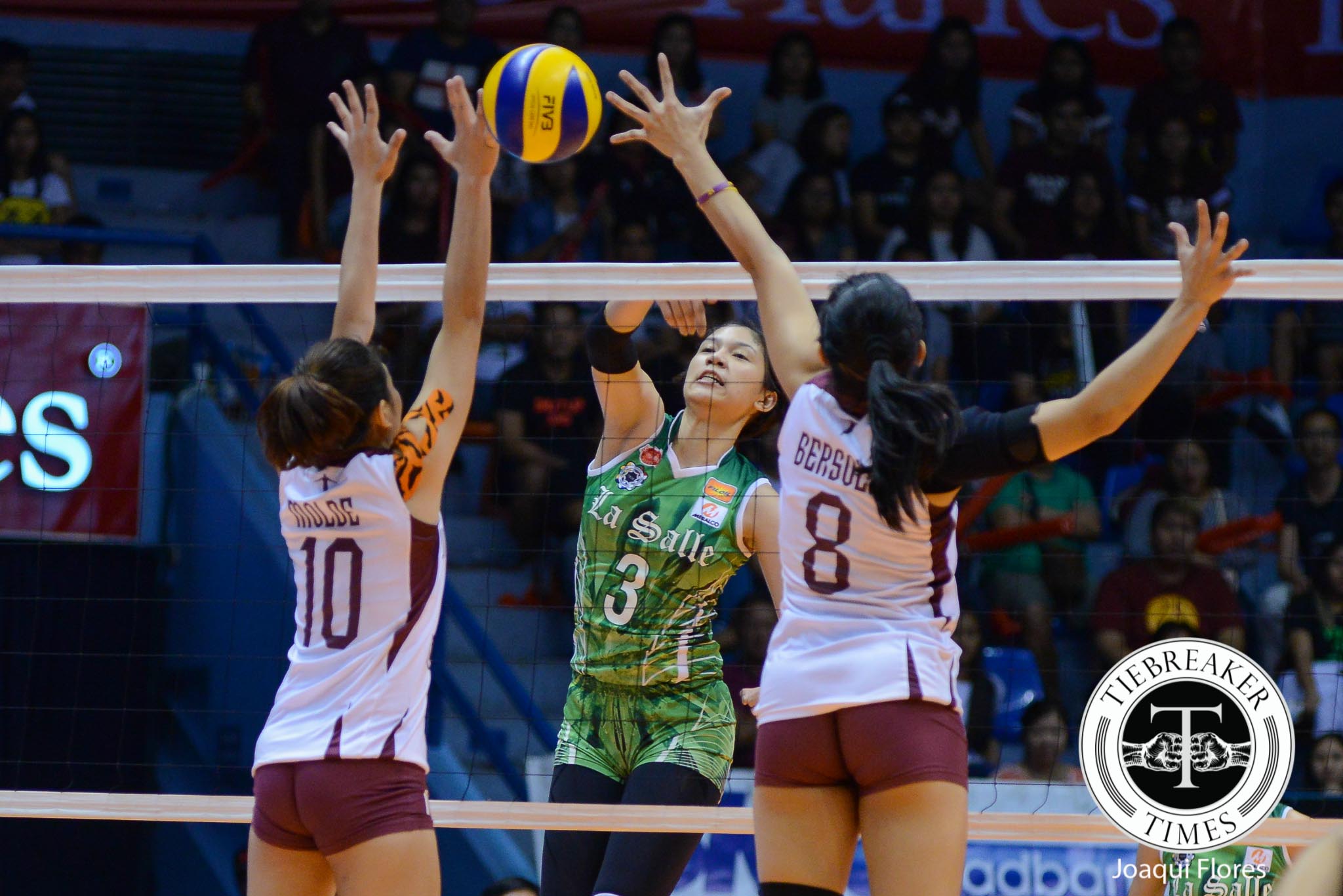 Facing a rejuvenated University of the Philippines Lady Maroons, the De La Salle University Lady Spikers showed their championship worth, thwarting the young guns, 18-25, 25-12, 25-18, 25-21 to snatch share of first place in the UAAP Women’s Volleyball Tournament at the FilOil Flying V Centre.

The Lady Maroons played marvelously to open the match. UP rookie Isa Molde gave the Lady Spikers fits with her serves. Molde dug the Lady Maroons out of a 0-4 hole and gave them a 6-4 lead, highlighted by three consecutive errors. La Salle rallied to trim a 14-10 UP lead down to one, 14-13, off Kim Fajardo’s serves, but that turned out to be La Salle’s last rally for the set. UP team captain Kathy Bersola converted two hits in a 5-0 UP run for a 19-13 advantage. UP managed to trade points, claiming set point at 24-16. Mary Joy Baron salvaged two set points before Kathy Bersola ended the set with a quick play.

But the Lady Maroons lost steam after that, allowing La Salle to roll in the next two sets. Veteran middle hitter Mika Reyes took her turn punishing UP’s reception, leading a La Salle run that pushed the lead up to an whopping fifteen, 21-6. La Salle again leapt out to a quick seven point lead, 15-7, in the third set and never looked back.

La Salle seemed to have the match in hand, leading the fourth set, 21-17, after consecutive UP errors. But the Lady Maroons made a push, trimming the lead down to one, 21-20. Ara Galang saved La Salle, scoring all of her team’s last five points to secure the win.

Opposite hitter Kim Dy and graduating Mika Reyes led the Lady Spikers with 14 apiece, while Ara Galang finished with 12 markers. This was the first match in the season wherein the Lady Spiker had come off the bench. Rookie Diana Carlos was the only Lady Maroon in double-figures with 14 points.