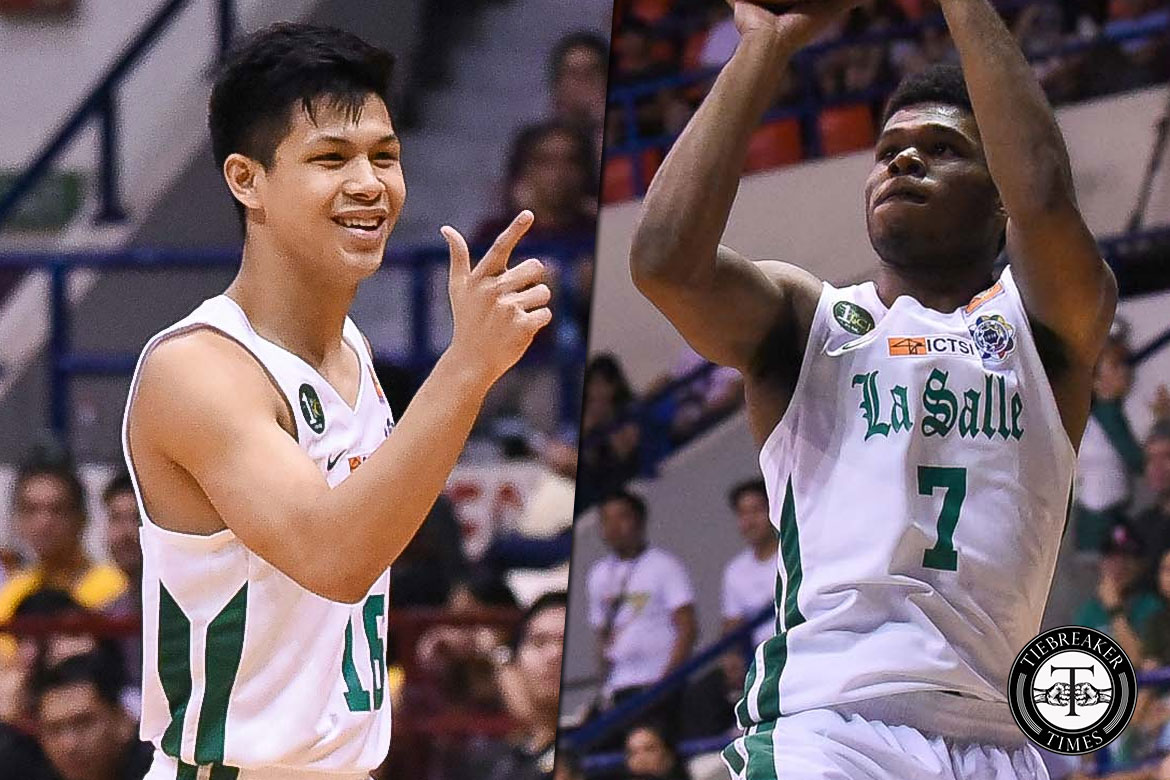 In a surprising development, the De La Salle University Green Archers have decided to let go of seniors Mark Dyke and Jollo Go in their lineup.

The development was confirmed by Dyke himself.

Both Dyke and Go entered La Salle together back in 2015 as part of a highly-touted recruitment class, together with Andrei Caracut.

Go, a 5-foot-10 shooting guard, was able to play immediately in the UAAP Season 78 Men’s Basketball Tournament while Dyke had to sit out one year after previously committing to NU prior.

The 22-year-old Go played 44 games with La Salle, starting five games. In his senior year, he averaged 4.5 points — including a high of 14 points versus the FEU Tamaraws last October 11.

After sitting out Season 80, the 6-foot-3 Dyke returned to La Salle last season. He had norms of 4.3 points and 3.3 rebounds. The NU product had a career-best 16 points against the UST Growling Tigers back on November 3.

According to Dyke, the team manager of La Salle is setting him up for a possible transfer to the CSB Blazers.

On the other hand, Go is willing to finish his last four terms in La Salle.