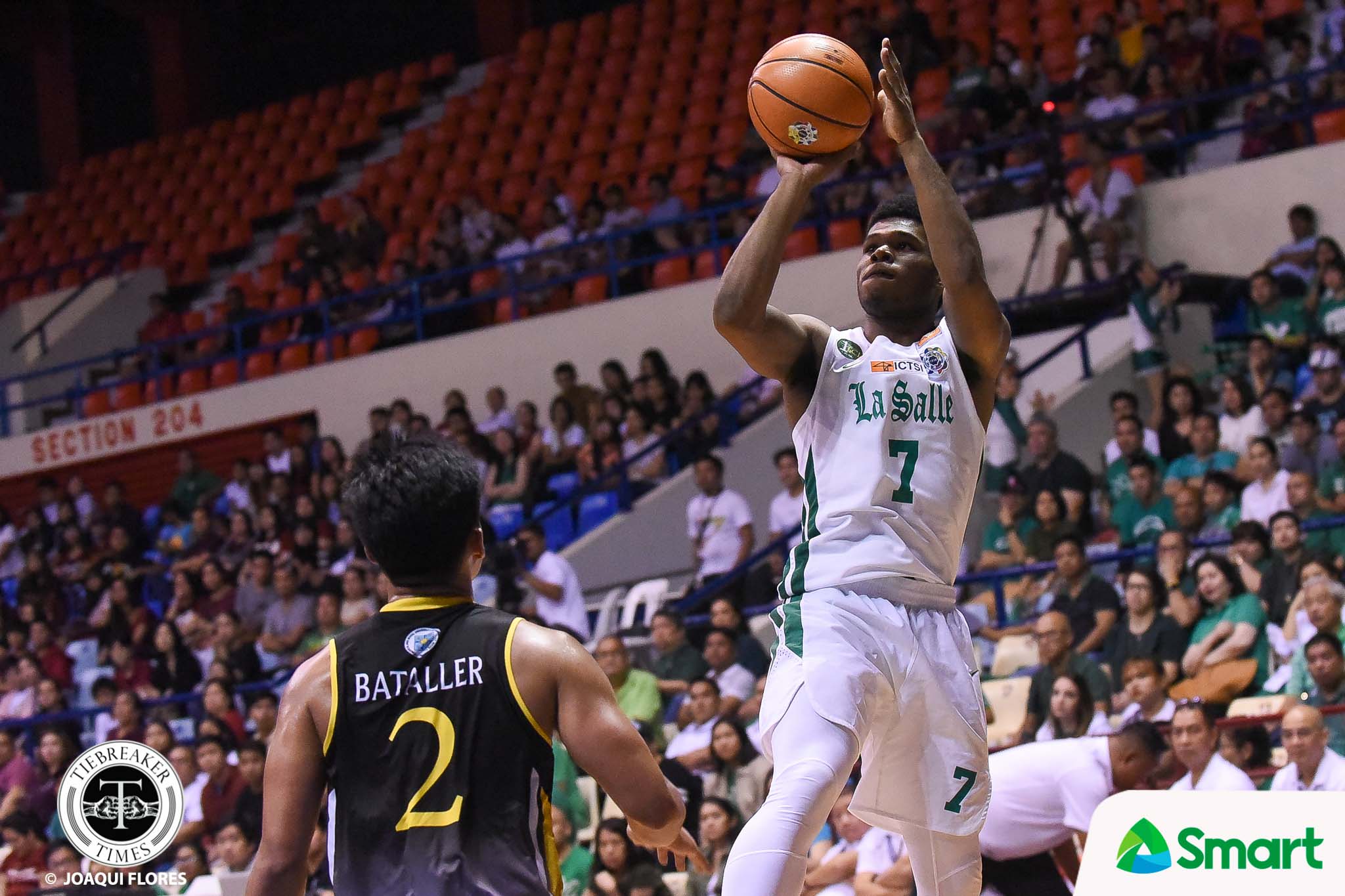 How does Mark Dyke respond to trash-talking and alleged racist remarks? By letting his game do the talking for him.

A returning player for the De La Salle University Green Archers this season, Dyke played with a lot of energy during their second round against the University of Santo Tomas Growling Tigers in Antipolo City on Saturday. And it was because he was motivated by the harsh words spewed by his opponents.

The 6-foot-3 forward had already scored six points in the opening frame alone, making a living at the foul stripe. Once he was able to see the ball swish through the net, he was able to find his confidence.

Dyke scored 10 more points in the second half, eventually ending up with a career-high 16 points, six rebounds, and a block. Moreover, his Green Archers ended up with an impressive 110-69 victory – the biggest rout of the season.

Ever since his days with Nazareth School of National University, the native of Pampanga has always made sure to have the last laugh against his opponents, who have sometimes gone below-the-belt with their quips.

This time around though, he is in a much-better place.

Unlike two years ago that saw him play in just seven games for a total of 27.7 minutes, Dyke can say that coach Louie Gonzalez has reignited his passion for basketball.

And absolutely no one can bring down Dyke from his happy place.

Aldin Ayo remains laser-focused on long-term goal: ‘We just did not play our game’