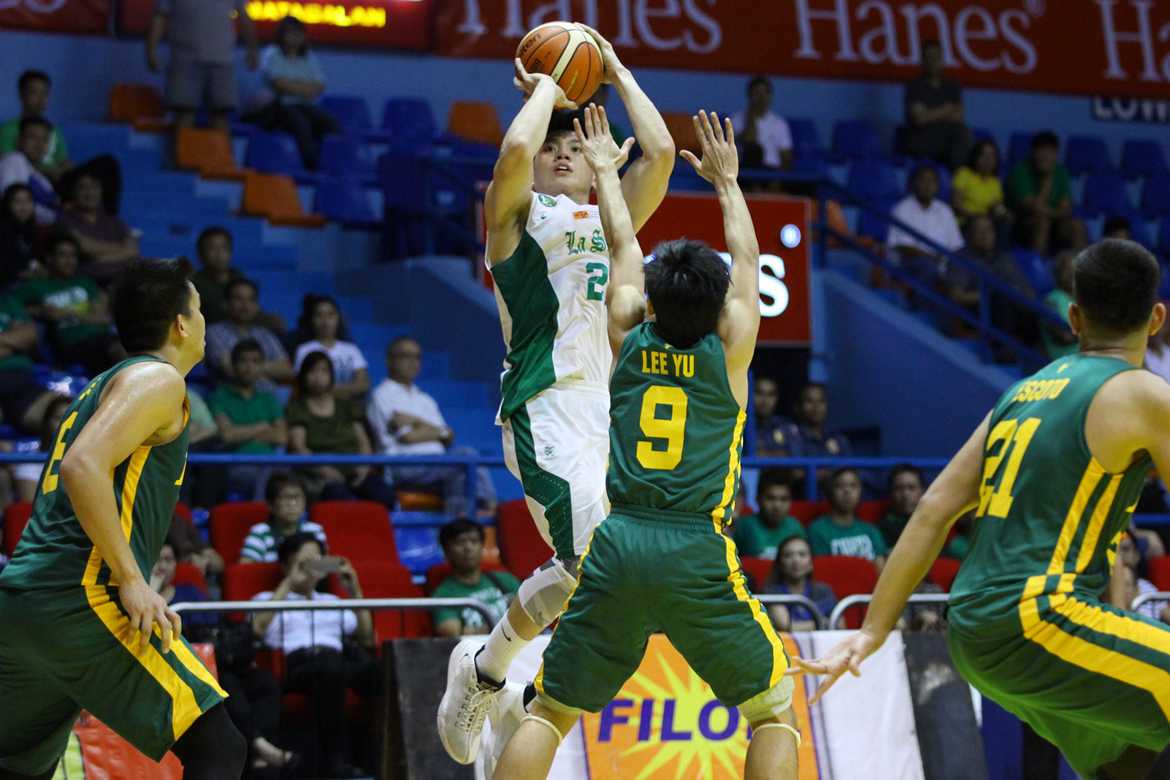 The battle of the defending UAAP champions against the perennial favorites to win it all in the UAAP Season 79 tournament turned out to be a rout.

Through the duo of Ben Mbala and Jeron Teng, the still-undefeated De La Salle University Green Archers blew away the Far Eastern University Tamaraws, 91-71, to book the last ticket to the semifinals of the 2016 Filoil Flying V Premier Cup early Tuesday evening.

Mbala and Teng combined for 60 points in the game, almost two-thirds of the entire output of the Green Archers. The Cameroonian student-athlete scored 32 points on a 67 percent clip from the field, and grabbed 11 rebounds. Teng added 28 markers in 31 minutes of action.

The Green Archers did not let up in the first three quarters of the game, going up 73-59 to enter the final frame. After a pep talk by head coach Nash Racela during the interval, the Tamaraws took off from their bench with renewed vigor, going on an 8-1 rally behind six points from SEABA gold medalist Ken Holmqvist.

However, the Tamaraws were already in the penalty zone midway through the fourth quarter. La Salle took advantage of this, going to the stripe six times. Moreover, the defense limited FEU to just four points in the final 5:36 of the game, as the lead ballooned to 20, 91-71.

During La Salle’s late fourth-quarter rally, Jeron Teng accidentally stepped on the foot of Ron Dennison after a jumpshot attempt with 2:44 remaining in the game. Teng crumbled onto the court in pain and had to rest the sprain to finish the game.

There was a glaring discrepancy in free throw shooting between the two squads, as the Tamaraws went just 1-for-5 from the stripe while La Salle were 21-for-26 for the game.

The Green Archers will next face the Ateneo Blue Eagles on Friday, June 10 at 4:00pm in the second of two knockout semifinals games.