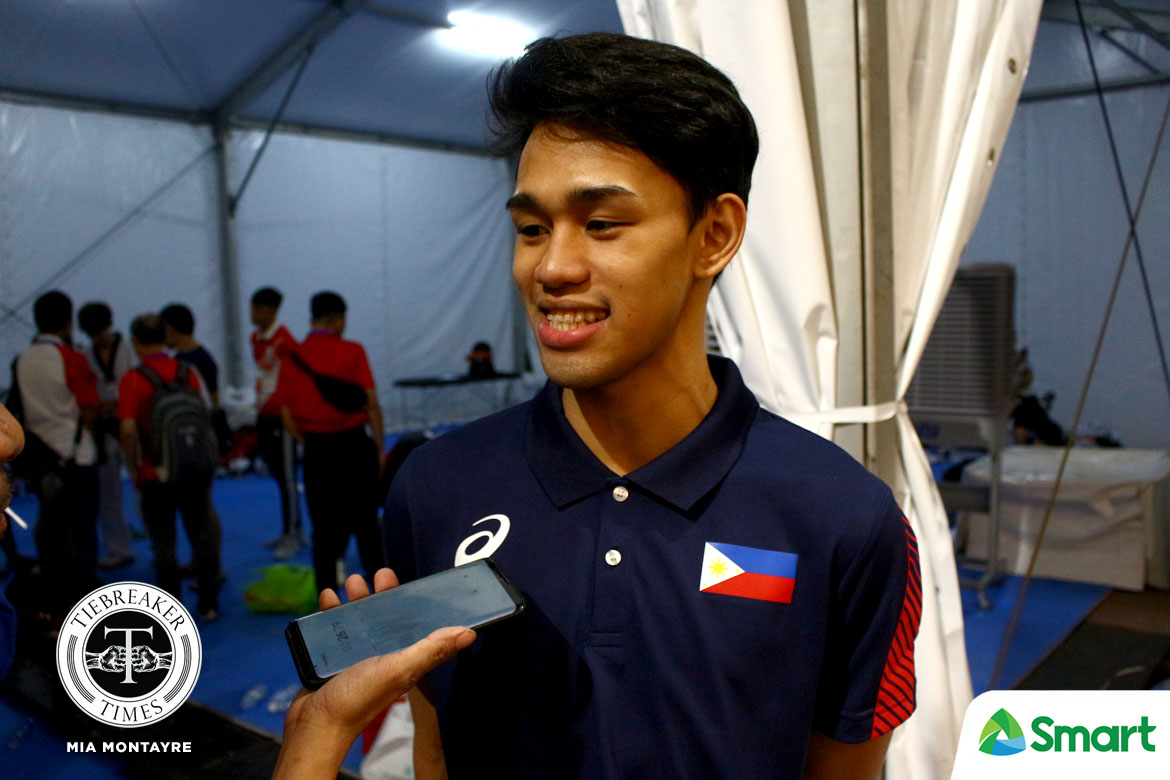 Taekwondo sensation Kurt Bryan Barbosa impressed in his first-ever Southeast Asian Games after bagging the gold in the men’s -54 kg, 26-10, over Indonesia’s Reinaldy Atmanegara, Monday at the Ninoy Aquino Stadium.

The UAAP Season 81 Rookie-Most Valuable Player from National University whitewashed his opponent from the get-go, punctuating the first period with a vicious axe kick at 12-3.

Another head kick pushed in the lead in the second. Even as the Indonesian scored in the third, the lead was insurmountable.