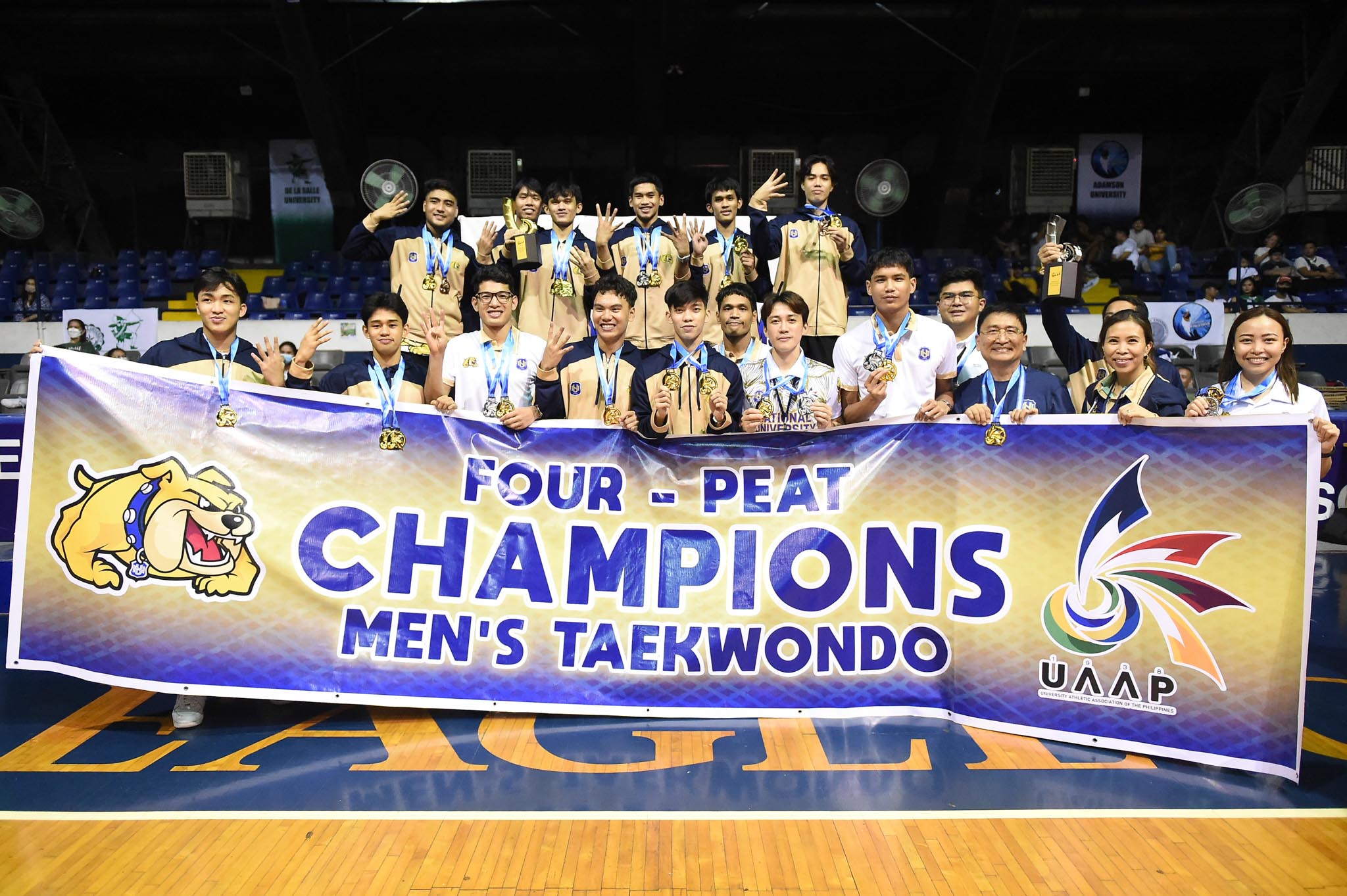 National University collected its fourth straight men’s championship after completing a 5-0 sweep of the UAAP Season 85 taekwondo tournament, capping with a 4-3 win over University of Santo Tomas Thursday at the Blue Eagle Gym.

The title is also the Bulldogs’ fourth title in this season — the second in three days after the program won its first-ever poomsae crown on Tuesday. 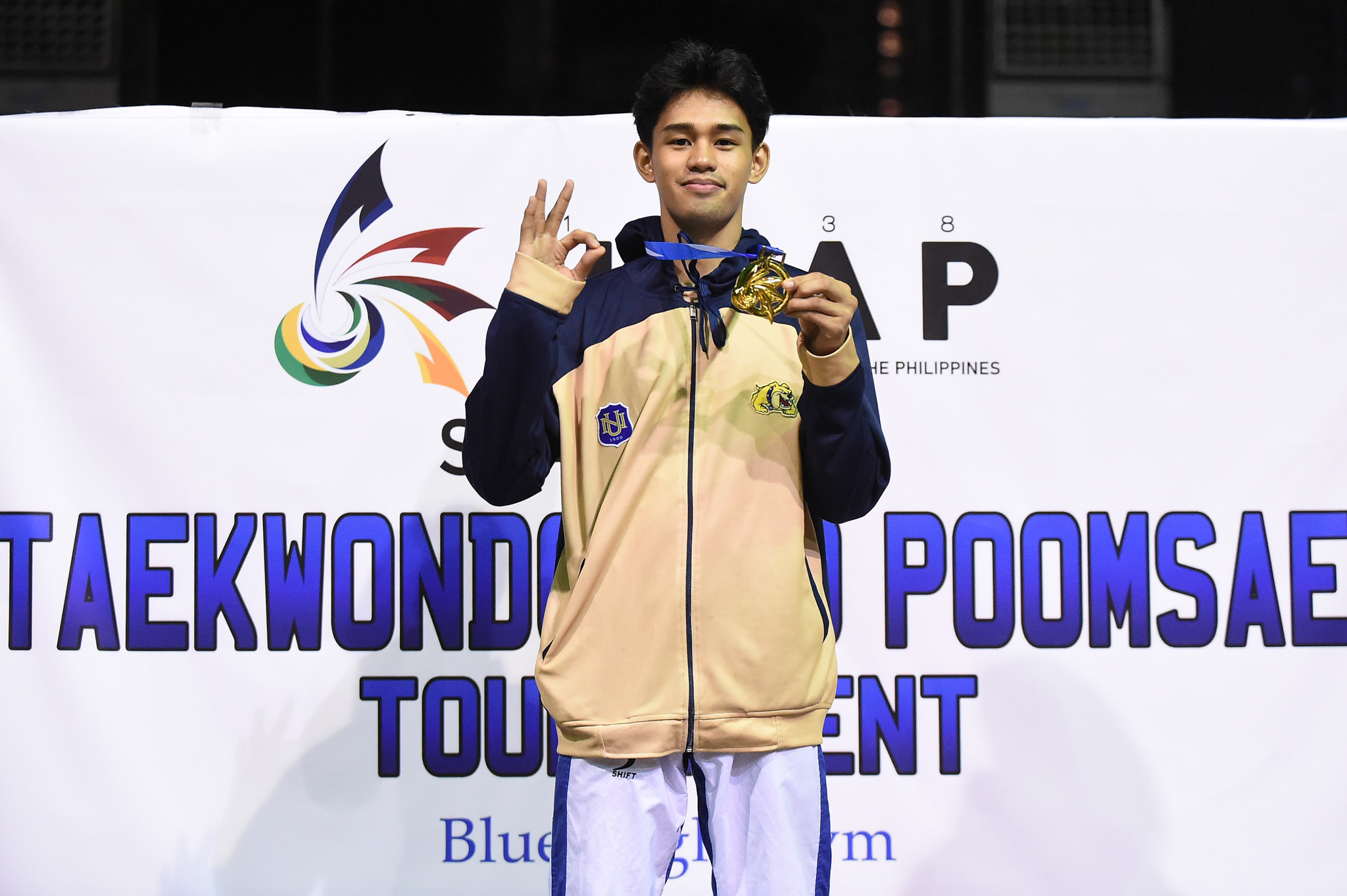 Tokyo Olympian Kurt Barbosa kickstarted the day for the Bulldogs after taking care of his national teammate Rommel Pablo Jr, 2-0. Barbosa, who went 5-0 for the season, came from behind in a 12-11 first round before fending off Pablo (4-1), 12-7, in the second to take the 1-0 lead. 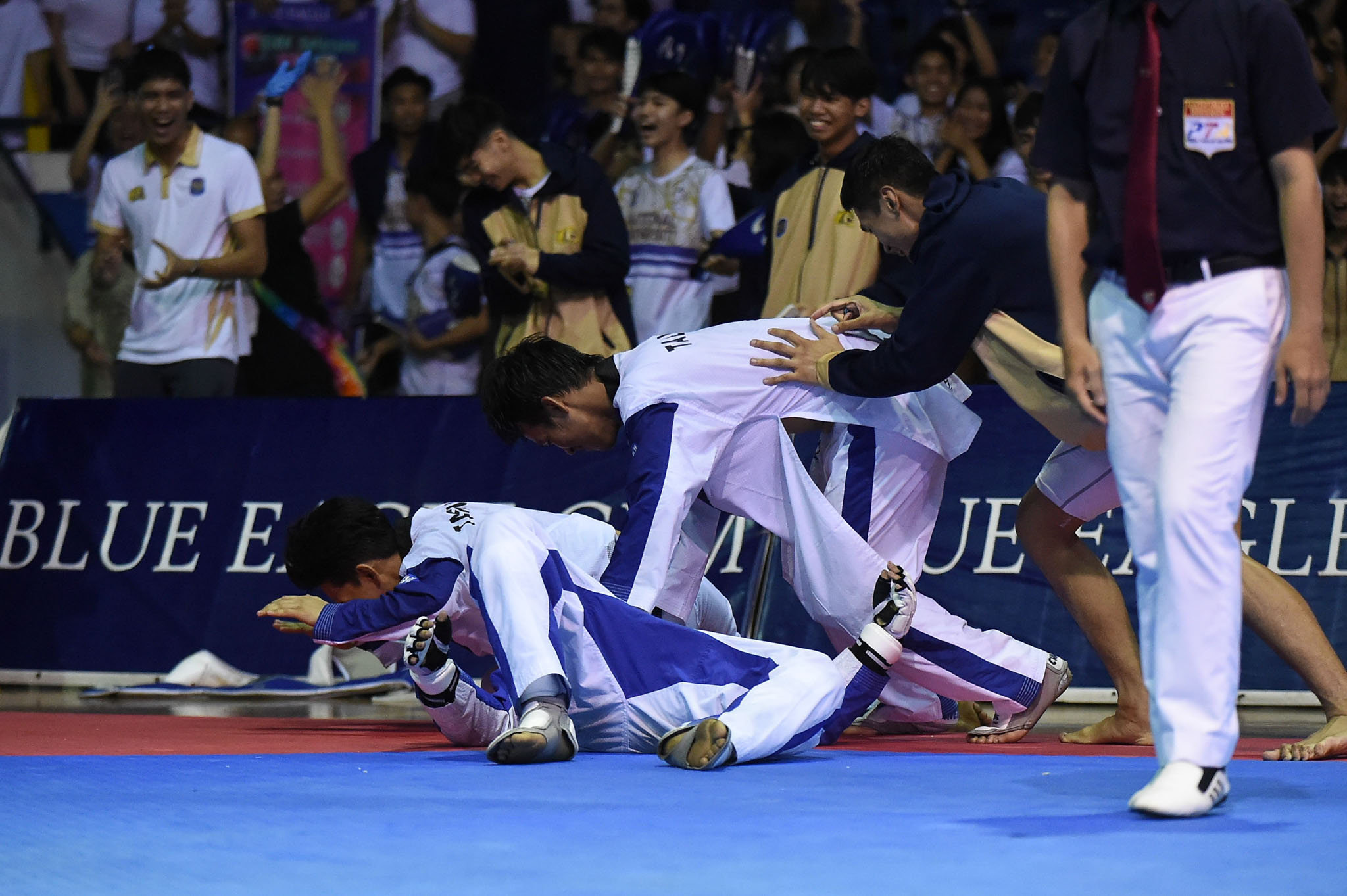 Barbosa won his third straight finweight (under-54 kg) gold for the effort and claimed his second MVP award since Season 81 when he was a rookie. 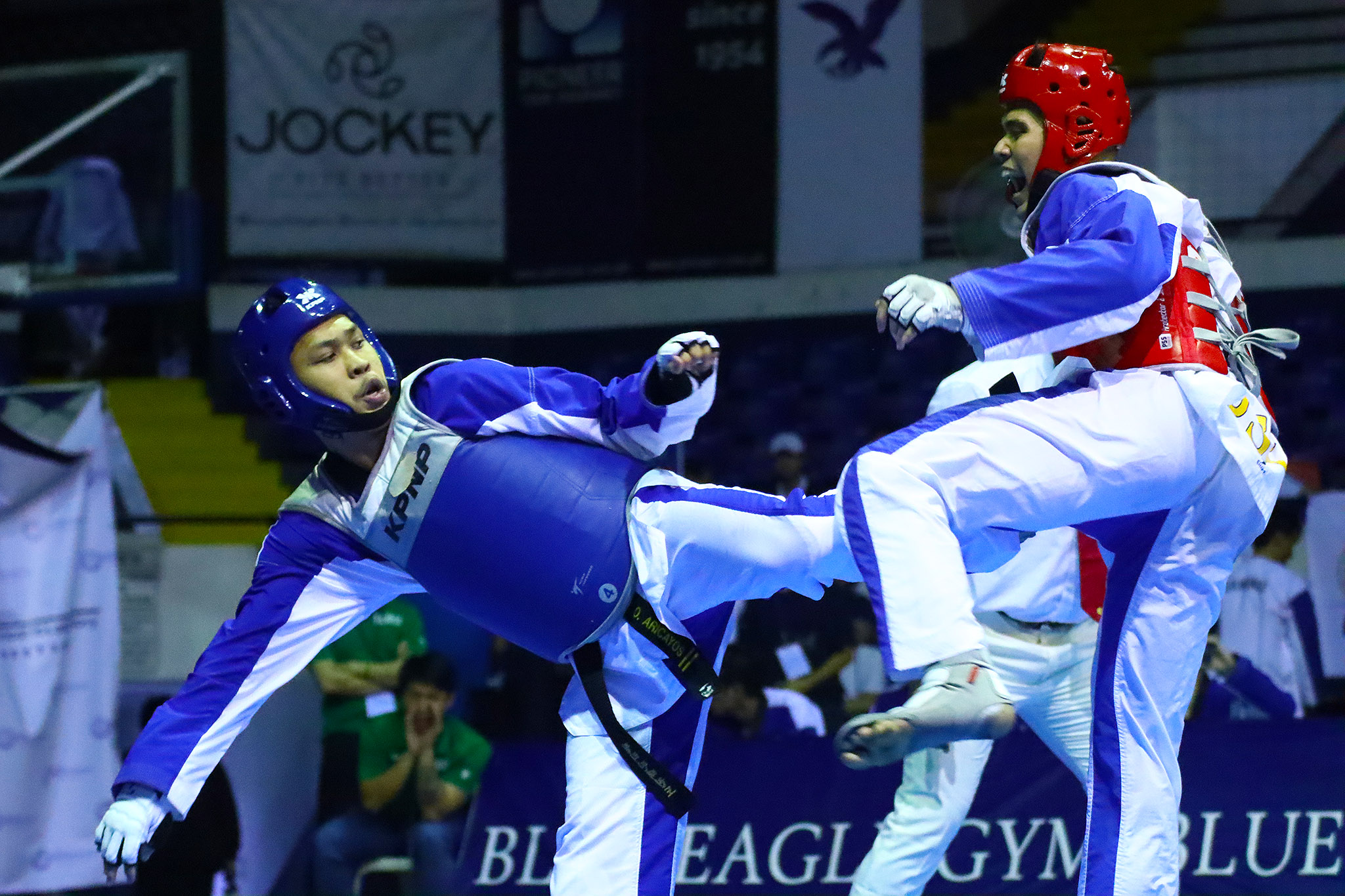 Green Jin Einz Aricayos, who won the welterweight (under-80 kg) title, took the Rookie of the Year honors.

Joining Barbosa on the men’s finweight podium are UST’s Pablo and FEU’s Radiz Navidad (2-3), while Dex Ian Chavez (5-0) of NU are with UST’s Liporada (4-1) and University of the Philippines’ Lois Manalaysay (3-2) completed the flyweight (under-58 kg) rostrum. 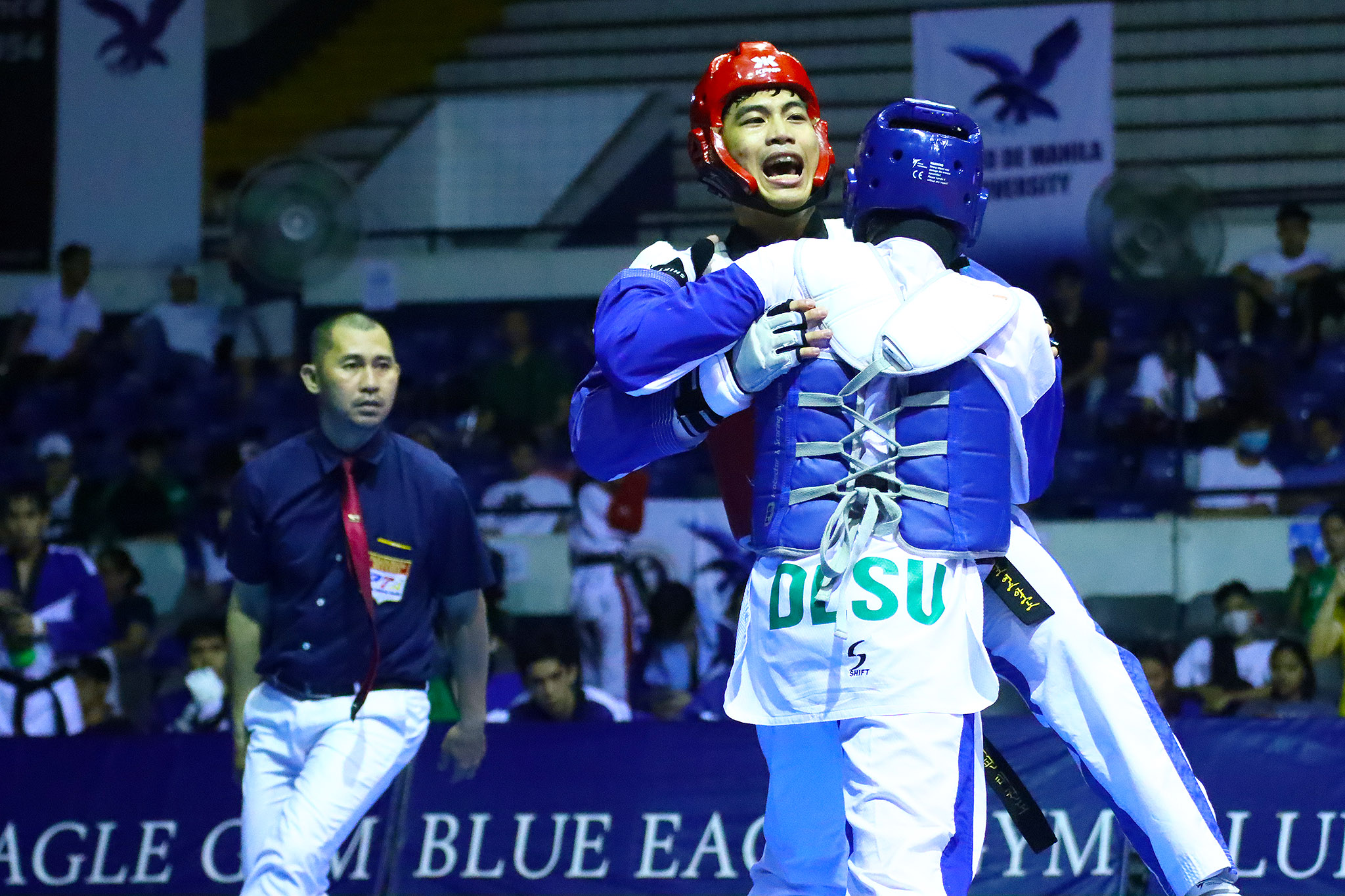