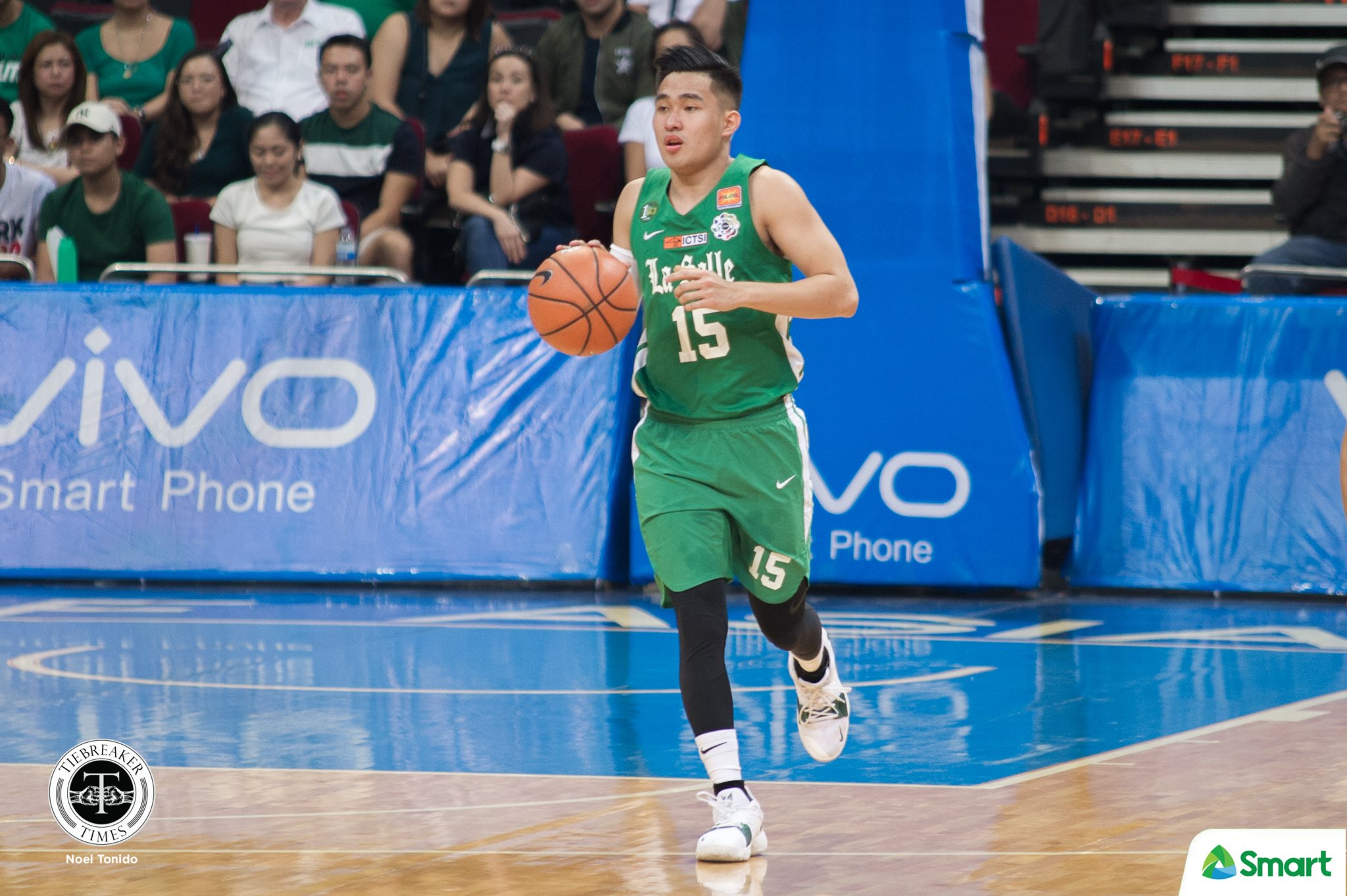 With 4:07 left in the opening quarter of the De La Salle University Green Archers’ game against the Ateneo de Manila University Blue Eagles, the green-side of the SM Mall of Asia Arena erupted into cheers. Kib Montalbo, who was supposed to be out for four to six weeks due to a fractured left thumb, checked into the game.

In his final year, the 21-year-old did not allow himself to miss what could be his penultimate rivalry game.

Even if he is nursing an injury, Montalbo still did what he was good at. He dove for loose balls and tried to do the little things against a highly-touted Ateneo squad.

“I just want to play for La Salle.”

However, it all went for naught, as the Blue Eagles proved to be too much and La Salle absorbed a 55-71 defeat.

Even against the orders of his parents and doctors, Montalbo declared that he will soldier on the rest of the way.