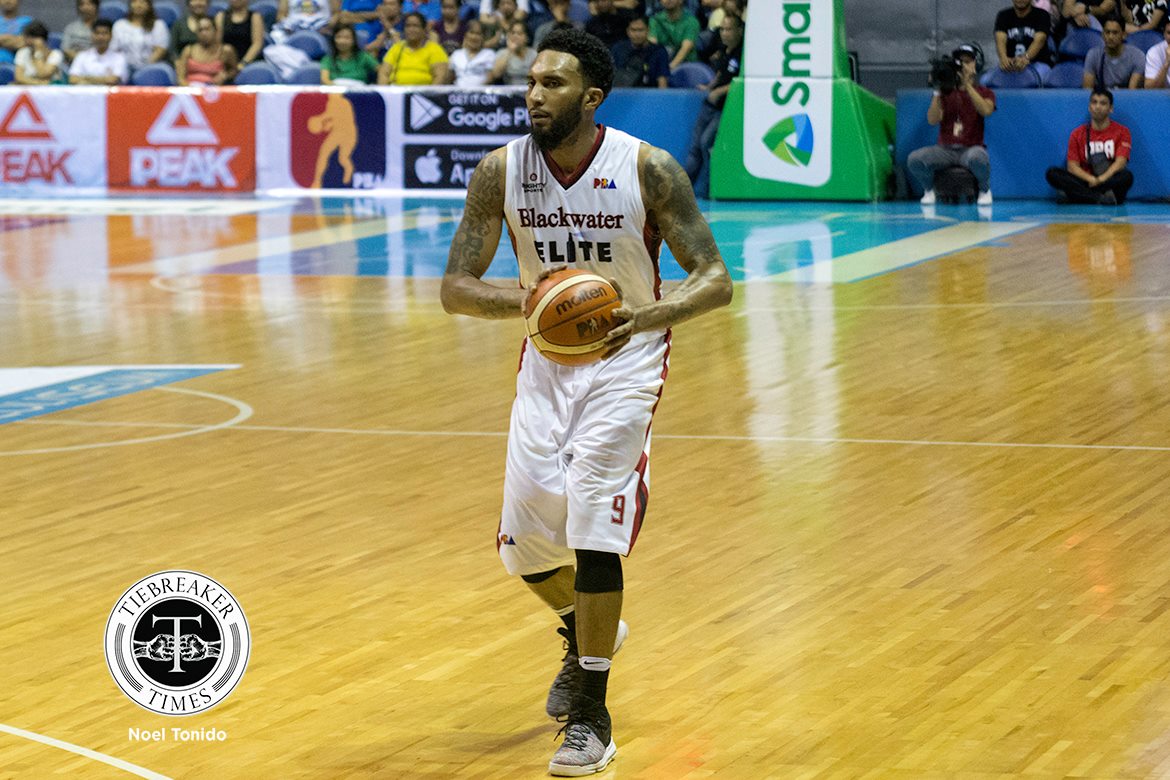 KG Cañaleta made his debut with the Blackwater Elite on Friday evening, but it was not the kind of debut he had envisioned after he and the Elite suffered a 92-89 defeat to the TNT Katropa at the SMART-Araneta Coliseum.

And Cañaleta feels like this defeat was all because of him, as he had missed the potential game-tying three-pointer from the left corner.

“Parang feeling ko, parang na-let down ko team namin,” rued the 35-year-old forward, who finished with just six points on a poor 2-of-15 shooting in 27 minutes of action.

Cañaleta was referring to the game’s final sequence with 19.3 ticks to go. With Blackwater having the ball, they immediately set up a play to earn another basket. Unfortunately, TNT’s defense was swarming, and Cañaleta became their last resort.

Then — he missed. But despite the mishap, Cañaleta remains thankful, as his teammates still lauded him even after the late-game blunder.

“Sabi ko sa kanila bawi na lang next time. Medyo naninibago din ako,” added Cañaleta, who has only had a day of practice with his new team after being traded by Globalport just this past Wednesday.

It was truly a bitter night for the 12-year veteran. But for Cañaleta, his missed shot is not something to dwell on. It has now become part of a challenge he has set for himself — the challenge to prove that he still belongs in the league.

Greene vows for better showing next time for TNT