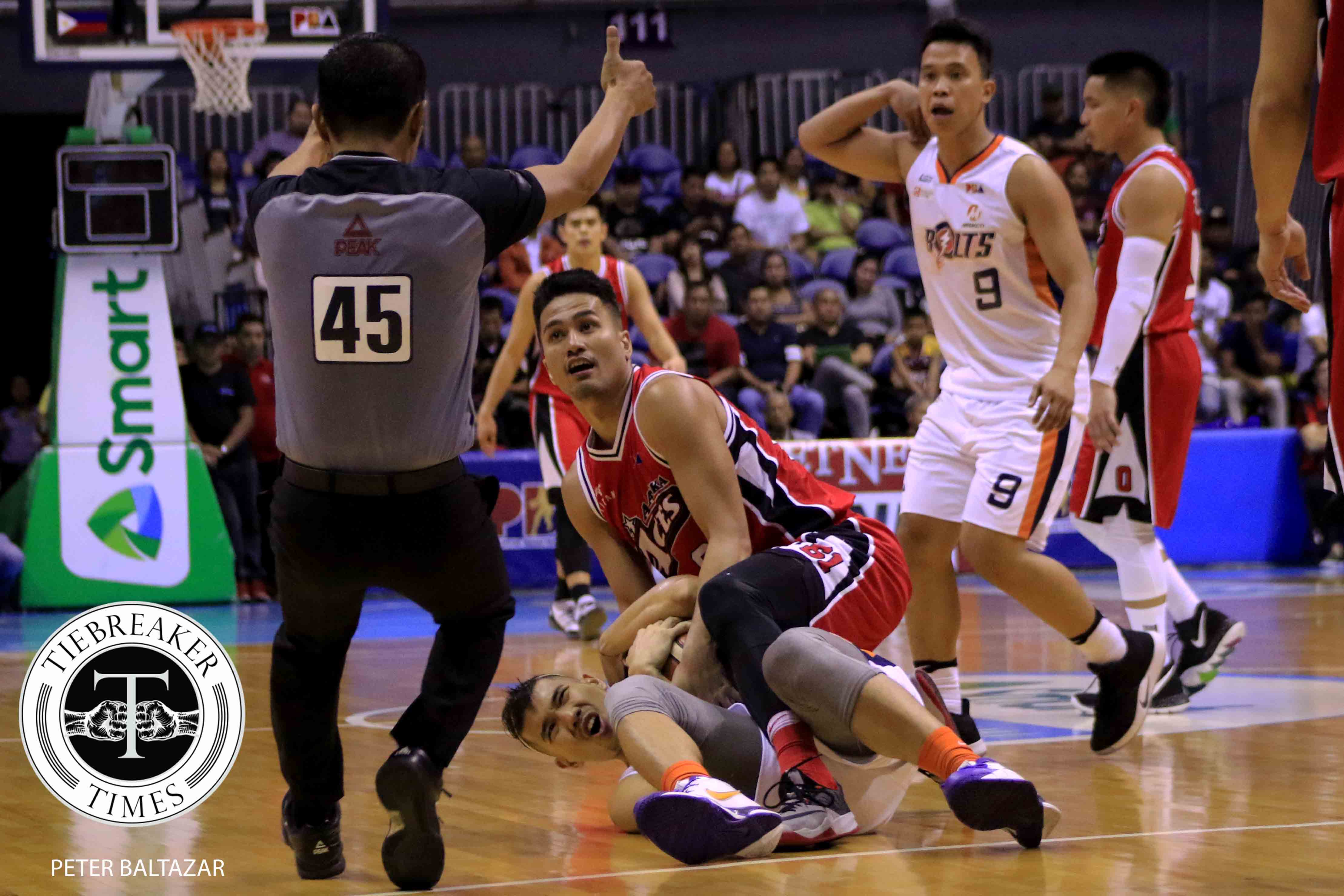 The 6-foot-3 forward scored eight of his nine points in the Aces’ 15-6 run that turned a narrow three-point lead to a wide 90-78 advantage with 5:57 remaining to put the game away.

“What I commended the guys was being able to work through the struggles at the beginning and then finding a way to get over it,” said coach Jeff Cariaso as his side went down by 14 early.

Vic Manuel top-scored for Alaska with 25 points, along with nine rebounds, three assists, and a steal.

DiGregorio supplied 13 markers spiked by a pair of triples off the bench in the victory that also drew significant contributions from incoming sophomore Abu Tratter and rookie Barkley Ebona.

“We’re gonna expect Vic and Mike and a couple of other guys to really be a big part of what we do,” said Cariaso, who’s entering his first full season as the Milkmen’s chief bench tactician.

Jason Perkins set the pace for Phoenix Pulse with a near-double-double of 20 points and nine rebounds.

Justin Chua produced 15 points and nine boards as well as a game-high five blocks, while Matthew Wright chipped in 12 markers on 16 attempts alongside four assists for the Fuel Masters.

The mini tournament resumes on Wednesday, February 19, with Alaska taking on the NLEX Road Warriors at 12:00 p.m. and Phoenix battling San Miguel Beermen at 10:00 a.m.