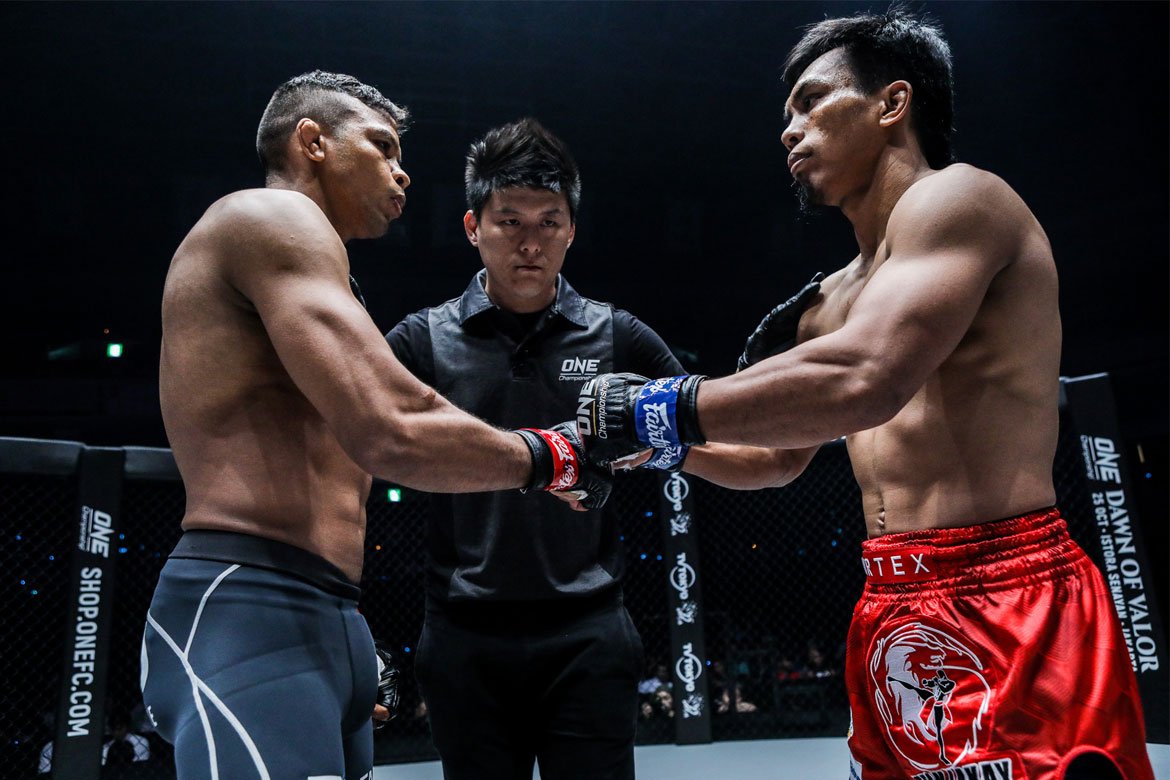 The wind has been blowing in a different direction for former ONE Bantamweight World Champion Kevin “The Silencer” Belingon, who was adamant about staying in his weight class.

However, Team Lakay head coach Mark Sangiao recently bared to different publications that Belingon is now open to moving to featherweight, which is ruled by ONE World Champion Martin “The Situ-Asian” Nguyen.

Belingon did not deny his mentor’s claims, but he insists that he first wants to finish business with ONE Bantamweight World Champion Bibiano “The Flash” Fernandes.

“For me, the priority is still getting the ONE Bantamweight World Title back. But of course, I am willing to challenge Martin for the belt if given the opportunity by ONE,” Belingon said.

It would not be the first time “The Silencer” and Nguyen square off in the ONE Circle.

The pair of knockout artists competed for the interim ONE Bantamweight World Title at ONE: Reign of Kings in 2018, where Belingon bested Nguyen en route to a unanimous decision win.

If he moves up to featherweight though, the Filipino knows that it will not be an easy outing against Nguyen.

“If we face each other again, I expect the same tough Martin Nguyen who I faced before — someone who hits very hard and has very good timing,” he said.

While he’s open to leaving his division and battling “The Situ-Asian”, Belingon — if given the choice — would rather lock horns with his long time Brazilian rival first.

“If it comes to that? I think I’d prefer facing Bibiano again.”

ONE returns to action with ONE: NO SURRENDER, a closed-door, audience-free show set for July 31 in Bangkok, Thailand. Catch it for free by downloading the ONE Super App.

#ReadMore  Still undefeated at lightweight, will Banario ever face Folayang?
In this article:Kevin Belingon, Team Lakay